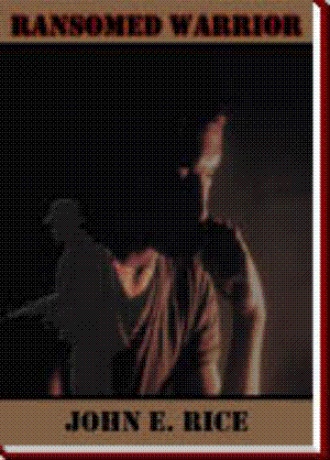 'Sure, you're going to miss John Ethan,' said Nathan, 'you have heart enough to. You have the right stuff to. It's the people that feel the most that hurt the most. And I'm not going to try to say syrupy sweet things. You're hurting too much for that. But one thing's sure: you can always rely on me to stand with you and be of help in any kind of need.'

'Thank you,' said David softly. 'I need to tell you about something. Mr. Bannister will probably ask me again about going to work for 'im.'

David paused a moment, then continued.
'John didn't like everything Mr. Bannister is doin'. He felt his daddy is too interested in the money he's getting out of people, getting 'em to turn over life's savings to 'im an' things like that. An' he's always shaping up things just to be more popular--more popular than Jesus, really. He seems to be taking advantage of people just like those Communist dictators we fought against. I feel like I wouldn't be doing right by John if I learned to do all those tricky things.'

'You wouldn't be doing right by yourself either,' suggested Nathan.
'But there's something else, and I don't like to talk about it.'
'You can tell me.'
'I know I can tell you, but I'd still sound like a nut.'
'It's the war, isn't it, David. Put the 'nut' out of your mind. There are some others like you: sincere, earnest veterans that were having to do the impossible, and the cost has been so great for their emotions that they get all tangled up, but that absolutely does NOT mean that sincere earnest veterans are necessarily nuts. No way. Only the ones that completely lose control and shoot up people. Lord knows you're not doing that--you're not about to, no way in this world.'

'No,' said David, shaking his head emphatically.
'Just tell me what's on your mind,' said Nathan, 'this is Nifty Nate here and there's nobody else here but us chickens.'
'Yeah, I gotta tell somebody. Well, they had me in the hospital when John died. I got a fever and broke down. I got so broke down it was like he and I were back here and I got all involved in his Daddy's business and got to jumpin' back an' forth like in a time machine and stuff you wouldn't believe. I don't want to have to tell all of it.'

'Of course you don't. That tells the story right there. It's like when a leg gets wounded it can get gangrene, and that doesn't mean the soldier is a nut, does it?'

'No, Sir, I guess not. Well I've got to thank you, Nate. I'm feeling so much better right now. Just to know there's somebody I can tell what happened to me without somebody thinkin' I belong in the nut house.'

'There you are. Just keep your head up, and don't think nut house. And any time you need to talk, come to ole Nifty Nate.'
'I knew you'd help me make up my mind. You're right.'
'I'll be seeing you again real soon, David, will you be all right while I go say goodbye to your family?'
David simply nodded.
Most of the people were now gone, and all was quiet except for the soft murmur of the pines.
Life is often blessed by the unexpected; and the unexpected occurred in the little churchyard while David stood alone under the pines.

Someone had been waiting unnoticed by most of the gathering. She had been quietly and patiently waiting for the solemn press of sympathy from family and close friends to be over and David would be alone. Now she slowly approached him.

She was a girl whom David had known, used and dropped.
She was Sally.


Having no words adequate for that time and place, she tearfully reached arms of affection up to him and clung to him, burying her face in his strong-muscled chest, tears raining down from her sobs onto the robust fiber of his uniform blouse.

And he clung to her and softly cried. His was the agony and remorse that she, the rejected one, was offering a hope of love to him in his time of need, a hope of love that he had never had in him to give to her. Sharp was the sting of it all. He knew now how badly he, the valiant one, stood in need of valor.

David was now becoming aware of immeasurable feelings coming his way from the soft, tender being that clung to him--feelings of caring--caring such as he had experienced only at home, from those who were committed to him in ceaseless bonds of devotion.

David was silent for a moment, then with choked voice, said in barely audible words, 'Thank you, Sally. You're so good to come and be with me now. I'll be finishin' up my duty in a few weeks an' comin' on back here, and I hope you won't mind if I . . . if I see you.'

She burst into sobs and once again she buried her face in his chest.
'At last, at last, he seems to care about me,' were her thoughts.
They stood in silence for a moment longer, each holding the other.
For the first time there was something binding him to this tender one that was giving of herself in the virtue of caring.

Her caring was like that of a soldier who would 'walk point', going ahead of the platoon when they were moving toward the enemy, being the first to risk exposure of himself to danger in his effort to determine what was best for the other men--proceed, fall back, lie low, whatever.

Her caring was like the indescribably courageous comrades that rushed through hell to pull David to safety when he didn't want to leave John who had been shot down.

She was like those nurses' hands of healing in the hospital in 'Nam--those never-to-be-forgotten hands of redemption and restoration.

Sally had become the incarnation of a bond of remembrance that was never to be broken. She was caring for him. Everything about her indicated that she could care for him for a lifetime.

Then Sally quietly said, 'Please . . . do come back, David.'
They clung to each other for awhile, then David reached for her arm, took her by the hand, raising it to his moist and penitent face. He kissed her hand softly, then held it against his cheek in a quiet outpouring of something he was feeling for her for the first time.

And the two that stood there holding each other were silent awhile longer.
It was as though they were trusting the sacred quietude to tell them that in the end all things might be well and good.
Then, each holding both the other's hands, they parted slightly, each with tear-stained eyes fixed upon the tear-stained eyes of the other.
Then Sally began to walk slowly away, now and then turning her head back for yet another look at David.

But then David began to realize that he was not feeling well. More than the emotion of the occasion was now attacking him. That nameless malevolent fever from the jungle was rising again from dormancy and was now irritating his mind and spirit.

Suddenly there came one of those seizures of delirium and in it David was thinking that he was back in Vietnam's hell, throwing himself on the ground as though trying to shield John, screaming for John. Then flashback images of the hospital. And the angel nurse. Then wakening in his old home with his mother close by.

The Impeachment hearings of 1999 spawned many revelations of illicit misbehavior in high places. Even impeachment accusers have been included among those targeted.

What if Biblical King David and his Bathsheba were to somehow be reincarnated in today's world? It would reflect what has repeatedly come to light in the private lives of certain leadership personalities.

This novel is the sensitive story of a Vietnam veteran and the choices that were his to make. The imaginative elements are used with quality and plausibility in mind and are intended to reflect a valuable gift to humans--the power to choose.

John Edward Rice was born in St. Augustine, Florida on December 18, 1918. Degrees include a BS from Florida Southern College, a BD from Duke University, and an MA from Atlanta University. He served in World War II and the Korean War.

The author's several lives have included that of minister, science teacher, and storyteller (performing throughout Georgia, Florida, the North Carolina mountains, as well as troop entertainment in the two wars). His stories, though styled as fiction, often reflect elements that he has experienced in the academic world, in early rural life, and in work with people.