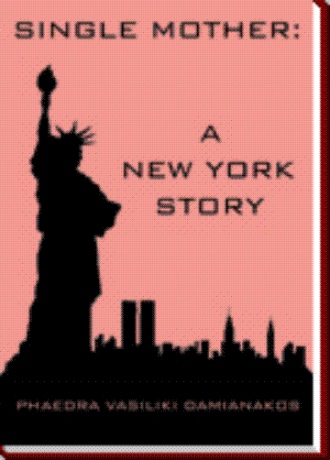 I am a dyed-in-the wool New Yorker. I was born and bred in Manhattan more than fifty years ago where I was raised on 72nd Street and First Avenue in my father’s restaurant. My life, looking back, is intertwined with that of New York City, the streets, I would like to say, the concrete and the cracks of the sidewalk of every street. Realistically speaking, however, while I have been part of the street, I have also been a close part of its concert halls, its colleges, its unique and fine schools and its classrooms.

But, what is New York City behind its institutions, in the foundations of its history, before anything ever existed? No one of us is ever uniquely us and can say "I" for behind us is our own past and those who struggled and shed blood many years ago, in the dim recesses of the past. Most of them we shall never know.

My parents were born a very long time ago, when the world was a different place and people faced many different sorts of problems. They were both born in a small village outside Constantinople called, "New Corner", at a time when many Turkish citizens were a Greek minority of those who, in the ancient past, had given birth to the science and philosophy and art which is the basis of our Western civilization. They were extremely proud and, no matter which trials beset them in their lives, they always knew, inside themselves, that they were bearing a noble and grand heritage.

My father was born in 1900 and he came to America in 1921. He had been one of thirteen children. Of these, only five had lived, two boys and three girls. His parents, Vasiliki and Archondis, could not support their children in the village, so they sent the boys to the large, varied and bustling city of Constantinople to support themselves when they were about eleven years old.

My father had no shoes so his boss gave him shoes where he worked, one red and one black shoe and one can of black shoe polish. "Here, polish the red shoe with this black shoe polish," he said and that is how he acquired two shoes, both black.

He always had a scar going through his left eyebrow. When he was a youngster, in Constantinople. he was loading a cart with barrels and one of them fell on his head, giving him a concussion. In the hospital, the doctors discussed his case, in English, over his head, so he would not understand. Should they use a anaesthesia or not? "No, doctor," my father replied from his bed. He knew six languages in this multilingual city.

My cousin gave me a letter which had been folded in a book for over fifty years. My father had written this letter to his mother, telling her about his voyage to America:

All alone in her life for the first time, a woman badly abused and neglected is forced to rely on herself for the family's survival. Beginning her teaching career in the early '60s, the start of the civil rights movement, in East Harlem, she saw that fuel was added to the tumult of those days by the teacher strike which shocked the community. She left upon the birth of her daughter, Anastasia, in 1972.

She then spent a year in Athens, Greece, confronting unknown places and customs, tasting both bitter and sweet experiences. Upon her return to New York City, she began the uphill fight against abuse and tried to re-establish her life and her career and raise her young children. A dramatic appearance in court followed. In 1991, she had the experience of seeing her daughter, Anastasia, awarded the Journalist of the Year Award upon her graduation from Fordham University.

Phaedra Vasiliki Damianakos graduated from the Hellenic Cathedral School of the Holy Trinity in 1957. She completed her B.A. at Hunter College in 1964 as well as her M.S. in Education. She was a teacher with the New York City Board of Education for over thirty years. She works at the United Federation of Teachers and tutors students at Hunter College. She writes for the newspaper Able.

She presently lives in New York City with her two daughters, Anastasia and Maria.