What Your Eyes Have Not Seen 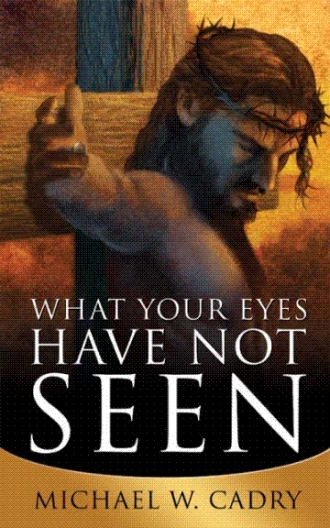 Later, I had a revelation about something that was happening overseas in the old country. The Syrians were blocking off the water of the Euphrates River from the Iraqi farmers. It was made known to me that it was God's will to fulfill a certain thing, and it was accomplished by the work of an angel. The words according to it are in the book of Revelation (verse 16:12): 'And the sixth angel poured his vial upon the river Euphrates, and the water was dried up thereof, that the way of the kings of the east might be prepared.'

Now, it is written in Daniel (verse 12:1) that those who are wise shall shine as the brightness of the firmament (heaven) and shall be as the stars for ever and ever. This is also very literal in the sense that, as we are now souls and spirits within an earthly body, so when we die and go to heaven, we are given a heavenly body -- the stars. It is also written in the Bible that the stars are the warehouses of angels. By God's spirit and energy, that light shines forth from that spirit within them so brightly and heavenly.

This is also easily understood when Jesus says in the first books of Revelation that He will make certain souls a pillar in the 'house' of God -- the universe, or Heaven. It also says that He will give certain souls the morning star (Venus), even as He received it from His Father. It also says that Jesus says, 'I am the morning star (Venus).' Heaven's a big place, with plenty of room, and tons more beautiful than earth. Yet certain things have to be learned to be allowed to go there, or you'll end up not being able to stay because of your weaknesses.

Before the second coming of Jesus, two eclipses must happen: 'The sun shall be black as sackcloth of hair and the moon shall appear as blood.' This refers to a specific partial or total solar eclipse and a total lunar eclipse. During this total lunar eclipse, the moon shall be rusty red and have the appearance of the color of blood. Only God knows which and when these two eclipses will be. Certain earthquakes and the two witnesses' ascension must also happen (See Revelation 11:3). I was told by an angel that a great earthquake in Phoenix, Arizona must first happen after the two witnesses ascension or ressurection. Another earthquake, in Hollywood, California will follow the Phoenix earthquake at the time God decides. It is very soon, but no man knows that day, and I am no exception. Afterwards, which could be a few years, or weeks or days, and then Jesus will return. I base this on a previous great vision I had in August.

I was up all night, working midnights in a convenience store, and listening to the radio. It was about four in the morning, and no customers were in the store. I was mopping the floor. The news came on and reported nothing that was so new by then. It concerned the fires that were burning in California, caused by a three-year drought there, and then lightning striking the dry brush. I was again carried away in the spirit, and it was made known to me of another psychic there in California. He was a French man and he could do all of the things that the first Israeli psychic could do. It was told to me that he was showing his abilities to scientists there at Stanford Research Institute. It was also because of their interest and his display of abilities that the lightning had struck there.

These words were then spoken to me: 'And he (this French psychic) caused people to believe and follow after the first beast (the first Israeli psychic) who'd come before him. And he did great wonders (i.e. levitating and moving objects with his mind and hand) so that he made fire (lightning) come down from heaven onto the earth in the sight of men. And he deceived them on earth by the means of those miracles which he had the power to do in the sight of the 'beast' (the evil spirit inside the man).' Immediately after this, another vision came, with no break between, and I saw that California was burning. Then there was a very great earthquake there which caused a flood afterwards. 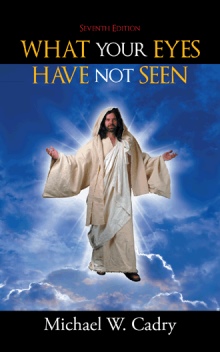 What Your Eyes Have Not Seen
Michael W. Cadry
£9.14 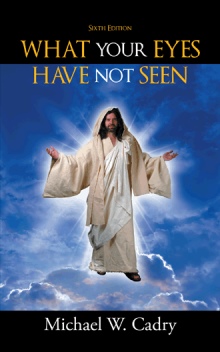 WHAT YOUR EYES HAVE NOT SEEN
Michael W. Cadry
£9.14

This book contains very important information for everyone alive today, especially as the millennium and beyond are looming towards us all. Armageddon and the Second Coming of Christ will be very soon in the future, although neither myself, nor anyone else on earth, can say that they know in which day that will happen. This is because Jesus told us Himself, in the New Testament, that no man knows that day and hour, except my Father in heaven.

I can attest, though, that I have had a number of angelic visits and also visions from the Lord, and in these pages I relate those experiences. I do not ask that you believe all, or any part, of my book. What has happened to me has been nearly unbelievable to myself. I cannot expect you to believe simply by my words. All that I do ask, though, is that you read and listen for your own self and you will receive all proof of my claims in the near future. It is my hope that you will have this information when you most need it -- during Armageddon. Many of you will fare much better by far to have this information now, while you can study and read it, then later, when earthquakes and all sorts of havoc are happening around some of you.

Always remember that, even though there will be a time of havoc, afterwards the Lord will return for the Resurrection and life will be very beautiful, in heaven and on earth. God be with each of you during these times and the times yet to come. Amen.

I was born in Dearborn, Michigan on October 12, 1955. I graduated from high school with honors in 1974. I have eleven years of typographical experience, though I worked many odd jobs before that. For the past ten years, I've resided in Phoenix, Arizona. Only within the past year or so have I been able to put this book together as best I can. I am not a great author or writer, so I hope you will bear with my shortcomings in writing this book. I just happen to have many important things to say, considering what has happened in my life; and it concerns every person alive today. My main objective in life is to notify people of the experiences I've had so that they will find it easier to deal with their own incredible experiences in the near future. I care about every one of you and I know that God loves you even more by far. There will be changes in the earth and its population, but this is not the end of life on earth. It will all be a change for the best indeed.

No one knows when these times will come to fruition, but it is very, very soon, so it is best to keep working at your job and life and to have faith in your own future. God bless you all very much.