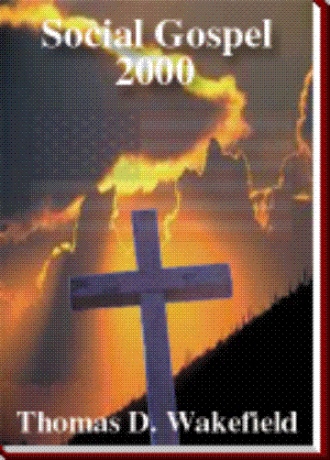 Although not enemies in the most literal sense, there pervades in the American business environment a state between competitors that could best be described as just short of war. In this warlike environment companies employ sophisticated propaganda, they launch hostile takeovers, and they devise strategies to cripple competitors in efforts to conquer new territory. Behind the lines, they zealously guard their trade secrets from industrial agents of espionage and swallow 'poison pills' to avoid hostile takeovers. Officers use golden parachutes to jump to safety when their company is overrun. Books such as Sun Tzu's Art of War for Traders and Investors by Dean Lundell and The Way of the Warrior by James Dunnigan and Daniel Masterson describe in detail how to apply principles of war in the conduct of business.

The message of Jesus however has always been one of love, not war. Likewise, our conduct, and collectively our conduct in business should be the same. This of course changes all of the rules that business is used to living, and dying by. Instead of savagely attacking competitors in the public arena, a business might state, 'Their product is a good product, but this is why you should buy our product.' Instead of stealing trade secrets, a business might devote more resources to product development in a way that encourages creativity and innovation. And instead of rejoicing when an enemy (or competitor) fails, a helping hand extended today to those in need could tomorrow in need find a helping hand. For there is more to be gained by all competitors in a market of good will, than in a market marked by enmity that tears down all.

The Shakers, who produced works of enduring value, will always be remembered for their notable work ethic. Unfortunately though, our present day American society may be remembered more for its propensity to produce works of fleeting value. With mass production and mass consumption America has become a throwaway society. We create products of impermanent value with the least expensive materials that will produce the highest profits and offer the greatest immediate gratification to the consumer. We produce throwaway cars made out of aluminum and plastic, and houses made of fiberboard and drywall. The cars end up in junkyards, the houses collectively denigrate into neighborhood ghettos. We buy furniture and appliances for our houses produced the same way. They too are made of aluminum, plastics, and fiberboard, inhabit our lives for a short while, and end up a few years later in a landfill. We shop at neighborhood strip malls constructed the same way, hastily and cheaply constructed to meet a demand and turn a profit. We drive on streets, our houses sit on roads paved to last only until the next bond election. This throw-a-way of life is unique to America. In Europe for example, many people live in houses hundreds of years old and drive cars that last for decades driven on urban streets laid years ago.

America is already feeling the effects of this throw-a-way of life. America's suburbs, many of which were built during the heyday of mass production and mass consumption, the 1960s, 1970s, and 1980s, are already showing signs of a premature decay. As a result, those that can afford to are moving even farther out from the central cities to gated satellite communities miles from the core. Our suburbs are left to suffer the same fate as our inner cities. In the end everyone loses something - neighborhoods, shared experiences, and security to name a few.

Mass production and mass consumption have brought about a semblance of the American dream to many Americans that otherwise could not have afforded it. And in many cases, mass production has produced products of value and benefit to society. A cheaply constructed house provides better shelter from the elements than no house at all. But too many times, in our quests for immediate return on investment and immediate gratification, we produce and buy products of fleeting worth and value, and in the end have nothing to show for it.

We should seek therefore to reconcile our tendencies of mass production and crash commercialism with the standard of 'working as though working for the Lord'. We could for example - with a commitment to this standard - build smaller houses of better materials. Or we could build the same size houses with better materials, with lower interest rates charged by the lending institution. These are propositions that could work for all parties, since such houses would better retain or increase in value. It is also a proposition that depends on all parties.

By restoring worth, value, and dignity to our nation's tangible assets, we can also restore worth, value, and dignity to our intangible assets - the American people. For there is worth, both materially and spiritually, in working as though working for the Lord, for then we can produce works of enduring value, with enduring values.

The (first) Social Gospel movement gained prominence in the early 1900s. The movement sought to apply Christian principles to social problems precipitated by industrialism and destructive (faithless) capitalism. Concerns of the movement included public and private morality, child labor, sweatshops, political corruption, equality of pay, corporate monopolies, unrestrained capitalism, the concentration of wealth, and environmental destruction. Sound familiar? After a century's worth of work, we are, in many ways, right back where we started. This book promotes a (re)uniting of Christian principles with America's economic system (capitalism) to effect positive change with these and related issues. It also seeks to commence a new Social Gospel movement.

Specifically, Social Gospel 2000 offers practical, timely, and Christ-centered advice about how to restore America on the personal, business, and politico-economic levels. Capitalism affects every American at each of these levels - intimately and absolutely. By conjoining the natural efficiencies of capitalism with the timeless truths of Christianity we can restore vitality, morality, and relevance to our nation's endeavors. Social Gospel 2000's Mission Statement embodies these concerns:

To apply Christian principles at each level of America's socio economic environment, and in doing so, effect positive change to a variety of America's social, economic, political, and moral problems. Successfully applied, America will be cleansed of its moral and economic shortcomings, revitalized in its natural efficiencies, and restored of its godly direction and blessings.

Social Gospel 2000 blends many disciplines - economics, political science, American and world history, social science, psychology, theology, ethics, and others into a comprehensive book with a comprehensive plan for America. Although well grounded in these disciplines, this book has an appeal that keeps the reader turning the pages. Topics such as the following keep the reader fully engrossed:

A modern day Sodom and Gomorrah revealed. Why inherent trappings of sin at the U.S. Postal Service causes employees to 'go postal'.Why it is significant that the Declaration of Independence states that we are 'created equal,' and not 'born equal'.Reflections of Character: What Bill Clinton's presidency means for the United States.

This book will appeal to many people. Individuals will find ways in which to live successfully and morally within our economic system. Included are 'Ten Acts' that individuals and families can use to reconcile their personal lives and personal faith with our nation's economic system. Businessmen and women will find ways in which to reconcile their organizations with principles found in the Bible, and God's nature, while at the same time increasing their organization's relevance, productivity and profits. 'Value Added Business - Ten Principles' discusses how to bring business and faith into harmony. Politicians will find practical solutions to many of our nation's political problems, including a proposed Proportional Tax that is compatible with both natural and divine laws. Social Gospel 2000, quite simply, contains a message for every American. Every American depends on the economic system of capitalism for their livelihood. Moreover, many Americans also rely on a religious faith for guidance in everyday living. Many would like to know how to reconcile the two - this book tells them how.

Thomas D. Wakefield served two tours in the United States Marine Corps as a member of a (MEUSOC) Marine Expeditionary Unit Special Operations Capable. These tours, which took him to such countries as the Philippines, Thailand, South Korea, Hong Kong, and Japan, reinforced his beliefs about the unique and important values that made America great. He is a 1996 graduate of Dallas Baptist University.