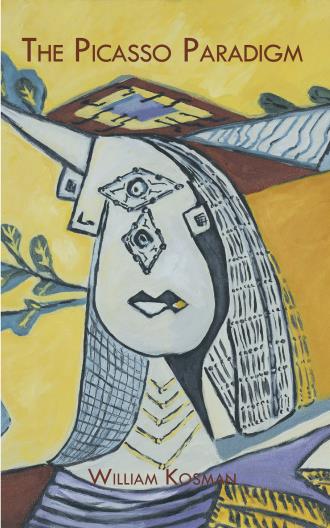 David and Rachael stood in the atrium lobby of the Marriott Embarcadero and looked up. Around them was a huge open space that hushed the visitors' conversations as the muffled sounds rose from the stone floor below. Surrounding the open space was a series of winding terraces that climbed to the ceiling thirty stories above. And everywhere were ferns and other tropical plants.

Three elevator shafts, three glass sleeves, extended from the main floor of the hotel all the way up to the highest reaches of the atrium, where they were lost among the shadows and the hanging plants. As the elevators whisked people up, the crowds on the main floor watched the glass vessels and the passengers diminish in size. From above, the people in the elevators looked down and laughed, giddy from the sight.

David and Rachael were happy, heady from their accomplishments and from the bottle of hearty Côte du Rhône they had shared during dinner at Albert's, a bastion of old-San Francisco elegance over near North Beach.

'My dear, may I summon you to our chambers,' David said as the elevator arrived at the main floor with the sounding of a bell and the illumination of the indicator light in the stainless steel panel above the doors.

As elevator doors slid silently open in front of them, David welcomed Rachael into the elevator with the sweep of an arm. Rachael laughed and squeezed his arm, as she stepped into the elevator. Both the front and the back panels of the elevator were glass, and the sides were highly polished stainless steel.

David waited to see if any other hotel guests wanted to take the elevator, and then pushed 27.

The elevator rose, and David watched the lobby slip away from them and the people get smaller and smaller.

Amazing, he thought. From up here, you see the restaurant, the servers moving from table to table, you see the people lining up in front of Registration, and they all look like tiny dolls in a playhouse hotel.

The sight made him feel big, influential, a winner.

He put his hands on Rachael's shoulders and pulled her toward himself. He kissed her, proudly, for all the spectators below to see, and be jealous.

Then, glancing past her short, blond hair, something caught David's eye. He looked at the series of balconies across from the elevator. Next to a giant support pillar, there was a man, and the man had a weapon, some kind of a weapon, maybe a rifle, and he was pointing it at the elevator.

Something within David, some power took over. He didn't control it. It happened in an instant. He shouted, 'Get down,' and he pushed Rachael to the floor of the small enclosure. Then, he lay on top of her, trying to cover her body.

The light, the light throughout the entire atrium blinked out. For an instant, one fleeting instant, the scene was a negative, the values reversed. Everything was black, and there were tracings in the finest sliver lines around the forms.

There was another blink, and the positive image, the colored image returned.

Then nothing. Nothing happened.

Until David glanced out through one of the glass panels, and he saw all those tiny dolls of people gathered in groups below, and they were all looking up, all looking at his elevator. And he realized the elevator wasn't moving.

As he lay on top of Rachael, his mind played back what he had seen. The images came back to him. The weapon was a rifle. It was narrow. It didn't look powerful. The stock was a frame, and the barrel was narrow, just a tube. But the man, he wore a dark suit. He was big, and he had a round face. He was the same one, the one with the goatee, the same one David had seen before, in Zim's, at the intersection in the city, and yes, yes, he was the driver of the van that tried to run him off Highway 101.

And the man was holding the rifle on them, as they lay trapped, like goldfish in a bowl.

Shattering, the shattering of glass. There was no other sound, but David knew the man was firing at the elevator. And David felt his body start to shake, and he felt the shards of glass fall so softly on him, and he heard Rachael moan, like she knew what was happening, but she didn't want to die, she didn't want either of them to die.

And David held onto Rachael tighter and tighter, trying to protect her, trying to shield her from the fear and horror. His body shivered again, as he thought about how he and his love were trapped in a defenseless glass box, exposed, with nowhere to go.

Reporter David Hirsch enjoys the good New York life - a great job, a beautiful, accomplished lover, and the excitement of the city. Until he begins digging into a story about the world's leading computer chip manufacturer. A relentless journalist, Hirsch discovers a complex stock and murder plot by the electronics industry's philosopher-king and his sex-starved wife to steal the next generation of computer chips. When Hirsch discovers too much, he risks becoming one more in a string of strangely brutal murders - despite the desperate investigation of an over-the-hill New York detective.

The Picasso Paradigm's fast-paced action moves through today's high-tech world, from the financial sector and Silicon Valley to the new technology that could alter the world, to its surprising conclusion.

William Kosman brings true credibility to his novel about high-tech journalism and corporate life. He's a former journalist with years of experience -- from his time as a newspaper police reporter to his days as a wire-service newsman in Washington, DC. Significantly, he served for four years as an editor at a respected New York-based trade magazine. Kosman was also a public relations and communications executive for high-tech companies. Kosman brings readers a spare, action-filled style with sharp dialogue, backed up by his knowledge of corporate life and the high-tech sector.