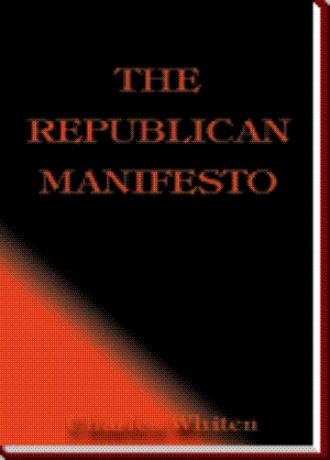 It started in 1960 when John F. Kennedy was elected. The right wing extremists hated Kennedy with a passion. J. Edgar Hoover was a right winger, among other things, and the F.B.I. tended to overlook anything anti-Kennedy. There was a group of right wing whackos, actually criminals, that got together in New Orleans in 1960 and, with some financial backing from organized crime, put together this convoluted plot to assassinate President Kennedy. The plan should never have worked. These guys were unsophisticated hoodlums. They should have been caught before the deal ever got off the ground. Hoover knew about it, but he wasn't about to stop them from getting rid of Kennedy. Hoover was, in many ways, a sociopath himself. So this bunch of losers, including Lee Harvey Oswald, pulled it off. They assassinated President Kennedy, and most of them never got caught. Hoover saw to that. Of course, the Republicans were overjoyed that Kennedy, their nemesis, had been destroyed. They didn't have anything to do with it, but they didn't despair either.

LBJ took over and started passing all these social programs that he coined 'The Great Society'. It wasn't until after the election of 1966 that the Republicans gained enough seats in Congress to start to reverse these social giveaways, as they called them.

The Republicans were livid at LBJ during this period, from November 1963, when he took over the Presidency, until March 1968 when he resigned. But LBJ didn't resign the Presidency because of Vietnam, as some would have you believe. No, LBJ resigned to keep from getting killed.

You see, LBJ knew about a Republican covert operation known as RAU, pronounced RAH-OO. After John F. Kennedy was assassinated, the group of thugs who carried out the deed was treated as heroes by most right wingers, including many Republicans. Some of those Republicans had risen to positions of power by 1966. This small group of Republicans put the thugs on the Republican payroll and legitimized their murderous operation. They also provided them with cover. The assassins were given jobs in government offices around the country. They remained, however, hired killers.

The group of Republicans who controlled the assassins dubbed them the RAU, for Republican Assassination Unit. Anybody inquiring about the RAU was told they were Republican contributors, Republicans Against Ultra-liberals. Like I said, in 1968, LBJ got wind of the RAU. In fact, he was sent word that if he ran for reelection in 1970, he would be assassinated.

LBJ was no fool. He knew he couldn't stop them. He didn't trust Hoover or his own Secret Service agents to protect him. So, in March 1968, he announced he would not seek reelection. The RAU was given other assignments by the Republican leadership. In April, they assassinated Martin Luther King, Jr.; two months later they killed Robert Kennedy. James Earl Ray and Sirhan Sirhan were both paid by the RAU to do the jobs. In James Earl Ray's case, he got fifty thousand dollars for assassinating Dr. King. I'm not sure how much Sirhan was paid, but for these petty criminals, it was a big payday.

After Ray was caught, he almost spilled the beans. Ray was, by anybody's account, dumb as dirt. A sociopath who couldn't be trusted to keep his mouth shut. He told the investigators someone named Raul hired him. Raul even made him purchase a different rifle for the job than the one he first took to Memphis, Ray told the FBI. When Ray was first contacted to do the King job, he asked his contact who was going to pay him, and when. The contact told him RAH-OO . . . meaning the RAU . . . would be in touch with him about payment. RAH-00 equals RAU equals RAUL. The contact slipped up when he mentioned the RAU, but it was covered nicely by Ray who truly thought his contact was a guy named Raul. The Republican Assassination Unit killed Martin Luther King Jr. and Robert Kennedy in 1968, and opened the door for Richard Nixon to be elected President of the United States.

In 1968 a group of assassins, known as the RAU (Republican Assassination Unit) murdered Martin Luther King, Jr. and Robert Kennedy and forced President Lyndon Baines Johnson to resign. Then they went underground. Now they're back with a plan to assassinate thirty key members of the Democratic Party. If they succeed, America will be in the hands of a small group of Republican sociopaths bent on establishing an oligarchy.

A powerful Washington lawyer, influential in the Democratic Party, discovers the plot and sends a petty thief to steal the Republican Manifesto and the hit list but the thief is captured, tortured and murdered by the RAU and the documents disappear.

Annabella Witherspoon, her bounty hunter brother, Dan, and Annabella's mentor are all that stand between the RAU and the destruction of the United States Constitution ... and Dan has disappeared. Annabella must find her brother, the Republican Manifesto, and the hit list before forces from either political party locate and murder Dan.

Charles Whiten is a lawyer practicing in Anderson, South Carolina. He has been a life-long member of the Democratic Party, has run for Public Office, and knows firsthand the infighting occurring within political parties.

Mr. Whiten has represented political candidates in Court Actions and has been active in numerous political campaigns. His insight from various angles of the political process is unique and distilled.