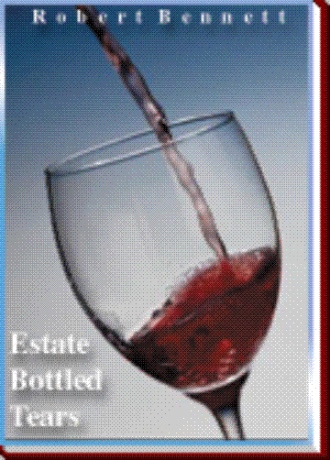 Ambitious peaceful beginnings and the cost of waiting

I hadn't heard a thing about the witches before I talked to Fred, and even after he brought them up, I was skeptical. I stood in the front room of his living quarters for several minutes, gazing around and puzzling over the best way to direct the conversation to other things, real things, things I hadn't heard earlier.

Hanging randomly from the dark-stained gloss varnished walls, were four mandolins, a few broad-brimmed hats, and three racks of long guns sorted by type: antique/black powder, shotguns, and a selection of modern rifles that gleamed silently from a rack by the dark vacant window. The room had no overhead lights and the three shaded floor lamps cast those kinds of shadows that made space larger. They failed, however, to illuminate the elk head over the fireplace until your eyes adjusted completely to the shadows. It seemed real for an instant, and my heart surged for a few beats.

Fred's furniture, expended from the main house as styles changed over the years, was too large for the room, and I sat in a well worn overstuffed chair while he handed me a jelly jar full of red wine, the wine he and Ernie'd been into for a while now.

I asked him how long he'd worked here, but he didn't answer at first. Instead, he put a log on the fire and leaned back in his chair, then he took a long sip of wine and began with, 'well sir, I'll tell you.'

He'd worked for Polly's father, and then for Polly, most of his working life. He'd been discharged from the navy in San Francisco after the Korean War and not wanting to return to New Jersey, he'd responded to a help wanted ad in the San Francisco Examiner.

'The winery was in its heyday, then,' he said. He pointed through the kitchen door to shelves of bottled wine that he'd saved over years. They weren't shelves, though, like I'd come to know shelves. They were diamond shaped holes in a massive floor to ceiling lattice work constructed out of one by twelve redwood boards. Ernie and I could see the protruding bottle necks through the kitchen door.

'Everybody took pride in their work, then,' he said, 'pride in the wine.'

He was one of those people you'd known all your life, though we'd only met a few hours earlier. He'd come to Polly's office to complain about Ernie, who he hadn't met yet, and who'd parked outside the front gate in an effort to deliver my luggage.

Tall and still pretty agile for a man passing middle age, he'd hooked his fingers over the door sill and hung in the entrance of the library like a snow-haired orangutan while he said to Polly and Mrs. Lattimer, 'there's some scissorbill wants in out at the front gate. Says he's got a delivery for some guy named Lanny O'Brian.' Of course, I'm Lanny O'Brian.

But now, while staring into the extreme depths of the fire, Fred's narrative veered from the chronology of his employment, to a description of some of the more recent and troubling aspects of it. It's funny how, when you ask an innocent question, people seem to know what you're really after, especially if they have an overriding reason to want to tell you.

Fred contemplated the wine in his glass before going on. 'Had a bookkeeper run off with half a million bucks. Cops found the guy in Vegas; money was gone. He went to jail, but Herb had to borrow to meet payroll and pay the bills.'

I didn't need so much detail but I wanted to let him tell it his own way, so I said nothing. Ernie sat in the glow of the fire, not moving, like a still life painting.

Estate Bottled Tears is a modern mystery novel featuring neo-western characters from a variety of socioeconomic backgrounds and bridges the gap between the America of Eisenhower and the globalized multinational world of the new millennium. It is constructed around a multilayered plot structure with an undercurrent of romance and explores personal angst, individual frailties, and selfish motivations.

The novel brings the protagonist, Lanny O'Brian, a one-time Pacific Northwest backwoods neophyte--recently self-reconstructed to function in the one-world-third-way environment of urban California, together with Polly Evenrude, a wealthy wine heiress of the Napa Valley. They need to work in tandem in order to solve a variety of problems--murders, thefts, missing persons, and slanders--leaving them both better prepared to deal with the rapidly changing world in which they find themselves. It features characters of the new world and of the old, some adapting and some refusing, and delineates a changing sense of collective values.

It is an extremely fast paced mystery with rapidly changing scenes but leaves a few reflective moments to allow the reader a chance to gain a sense of the novel's direction, a recharge of energy, and an opportunity to locate a personal place of compatibility. Estate Bottled Tears is a story narrated within the context of the mystery in which many Americans now find themselves living.

I first went into business for myself at the age of 19 and was audited by the IRS that very same year. I found the ups and downs of the business cycle deadly, though, for participants with no capital.

I've been in a dozen businesses over the years and usually made good money when the money was making, but when the market would turn south, I'd see it suck cash out the door like a runaway rip-tide.

I'd often come up with what I thought to be an earth shattering idea, figuring when I put it into action the money would just come rolling in. And it did, sometimes, but inevitably the economy would sour and I'd find myself having to sell everything for two cents on the dollar, then have to watch as, five or ten years later, somebody else would come along and do the exact same thing and make millions. My idea was always: I was going to make a lot of money and then write books.

Of course many celebrated writers, like Jack London and Mark Twain, wrote dozens of successful books, then went into business only to see their enterprises turn into disasters, and went back to writing books. I just got it backwards, but that's not unusual for me.

After thinking all of this through, I decided I'd just write the books, then five or ten years later, when the public was finally ready to accept them, they'd still be there.

So I'm writing the books now and Estate Bottled Tears is the second one.