For A Hundred Lifetimes 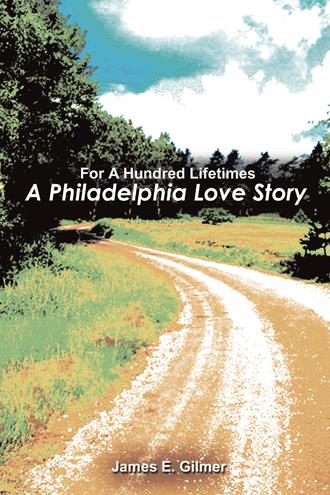 Then I heard a much louder cracking sound and fell to the ground with a deep burning sensation, this one in my chest. I was now so weak that I thought I was about to lose consciousness. I examined the painful spots in my chest and belly, and saw that they were spurting blood! I looked in the direction of the men who were hiding and saw that one of them had stepped out into the open with a rifle in his hand! And he was walking toward me.

I thought frantically. I tried to crawl forward, but I couldn't. I sank to the ground and lay there, feeling my life oozing out along with my blood.

Suddenly I heard a sweet sound, a voice sweeter than any I had known in my entire life. It was Maria's!

"Johann!" she shrieked and wailed repeatedly while galopping frantically towards me on horseback.

Then an equally familiar voice rang out "Maria!" he shouted. It was Roberto! He was the one who shot me! "I told you to stay at home!" he screamed angrily, stepping into view with the rifle in his hand. She stopped a few feet away from me and began to dismount.

"Don't get off that horse!" he warned, pointing the rifle at her. "If you do, you will join your lover in hell," he snarled.

Although my consciousness was quickly fading, I could see what was happening. "Please, Maria! I called out with a failing voice. "Stay away!"

She looked at Roberto and then down at me with tears flooding from her desperate eyes. Then she sprang from the back of the horse and ran towards my failing frame.

Then I heard that awful cracking sound again, and Maria fell grimacing to the ground a few feet in front of me, and Roberto stood a short distance away with a smoking rifle pointed at her.

"No!" I cried, weakly full of anguish and trying futilely to raise myself up.

"I'll give you one last chance to save your life, Maria!" he warned. "The first shot was in your leg, and that wound will heal. But the next one won't!" he threatened.

"No! Stay back, Maria! Please stay away!" I groaned, not wanting her to share my dreadful fate.

But she rose to her knees and crawled until she reached me. "Oh my darling, Johann!" she wept, kissing my bruised and bloody face.

"Crack!" rang the rifle in Roberto's hand again, and Maria slumped to the ground beside me with a bullet wound in the back of her head.

"No!! Maria!!" I somehow managed to cry, barely alive, but weeping with anguish at the brutal injustice heaped on my innocent Maria.

At first she lay still, and I thought she was dead. But then she stirred slightly. She fought and strained to turn her head towards mine, and then smiled feebly at me and whispered in a barely audible voice: "Johann, our other promise," she struggled to say. "Do you remember it now?"

Miraculously, although my consciousness and my life were quickly dimming, it suddenly came to me what she meant. "I will love you for a hundred lifetimes." I labored to say, in a strange, lucid moment.

A slight curve moved through the corner of her lips and formed a partial smile to signal her satisfaction with my response. Then she exhaled forcefully and departed.

Disjointed but meaningful scenes from this life flickered episodically before me. Then, with the last bit of life remaining in my expiring body, I willed my fingers to inch forward until I touched Maria’s cooling left hand with my own. I heard another crack of gunfire, and then nothing. 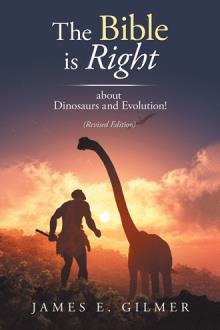 For a Hundred Lifetimes: A Philadelphia Love Story

is a story of intense love and hate, joy and sorrow, darkness and light, death and rebirth. Its passionate message is that love eventually conquers all, including the seemingly inviolable laws of karma. Lovers in several earlier lives, the two soul mates are driven apart by circumstances beyond their control. But their love for each other is irrepressible. Nothing can keep them apart forever; not karma, not tragedy, not ethnic differences, not even death!

During their separation, they endure their bleakest hours of emotional and spiritual tribulations. They feel that life has lost its meaning and that God has withdrawn his mercy. By finding their way back to each other, however, they rediscover the meaningfulness of life and the cleansing grace of God. The spiritual lessons that they absorb give them new and enlightened perspectives on their suffering.

These spiritual lessons will certainly not be lost on you, the reader. So prepare yourself for an enlightening journey. A journey that will lead you to reexamine and perhaps even readjust some of your erstwhile unquestioned assumptions about love, life, and spirituality.

Mr. Gilmer is a certified hypnotherapist with a B.S. and M.A. in foreign languages and an M.Ed, also a Ph.D in psychology. He has taught foreign languages, worked as a translator-interpreter for the government, and studied in such diverse places as Mexico, France, and Germany. He is a very spiritual person and a firm believer in the inherent brotherhood of man. He has an active interest in people from all walks of life and uses his skills as polyglot to bridge cultural and communication gaps.