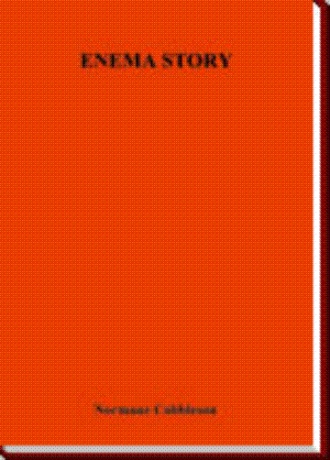 I have read in several places that around ten years old a child enters the 'age of awareness.' This may be true in my case because before age ten I remember only flashes of my life, similar to scenes taken from a movie. Although these scenes are relatively few, say, compared to the whole of my early childhood, each scene appears sharp, like glossy photos taken by an expert. The passing of almost six decades has not dulled those images. By the way, my name is Charlie Wisner.

I remember people rubbing my head, picking me up, hugging and kissing me. I can still feel those warm flannel pajamas on cold Colorado nights, and Mom tucking me into bed with a loving kiss. I remember playing without concerns or worries; I had a loving childhood. Other than the occasional fright caused by the hustle and bustle going on around me due to World War II, my memories are of feeling safe and loved. Because of the war, I hardly remember my father before I was eight years old, something he remedied later. His name was Edward Wisner. During my earliest years, my life centered around my mother, Mary, my five-year-older sister, Anna, and whatever house we lived in. Anna and I were born in America, but our parents were born in Sweden. Among the most vivid and powerful of those memories are of my mother giving me enemas. The first one administered to me must have been when I was around the age of four, when I had pneumonia. Years later, I heard my mother, who was a nurse, comment to someone about giving me an enema during my bout of pneumonia at age four. From later conversations I also know that we moved from the Main Street house about the same time. The image of that first enema is brief. I remember lying on my belly on the kitchen table. For some reason, I see myself lying there naked, not unlike a tight-skinned wriggling little pig. My nine-year-old sister is standing on a kitchen chair, holding a red enema bag with a red hose fitted to the bottom side. I can still see Mother holding that black nozzle attached to the business end of the hose, and I remember Mother giving my sister instructions on holding the bag, feeling her holding me down firmly, and the unusual feeling of the nozzle sliding into my butt. The memory ends there.

The only other time I saw this red bag being used at the Main Street house was when I inadvertently walked in on my mother as she was douching in the bathtub. I stayed but a few moments, but what I saw was indelibly imprinted into my brain. We were face to face as she lay naked with her back leaning up against the opposite end of the bathtub. Her feet were flat and legs raised at an angle and spread open, revealing a large area covered with hair. She held a large, curved nozzle in one hand. With the fingers of her other hand, she was spreading the flesh embedded in the hair. To my amazement, her fingers revealed something gaping and ugly, yet fascinating, even at my age. I knew girls were different than boys because they had long hair on their heads, acted differently, and played with dolls. Because my sister and I shared a bedroom, I saw her naked on several occasions, and knew little girls were smooth between their legs, quite different than I. But this event was a revelation. After that, I surmised that mothers were quite different than little sisters, not only above the waist, but below as well.

In character for my unperturbed mother, she calmly said, 'Close the door, please go on and play; I will be out in a little bit.' I quickly closed the door, feeling embarrassed, but enlightened.

I remember her coming out later, picking me up, giving me a kiss, as if to tell me everything was okay. Then we sat down on the living room couch, and she said, 'What you saw between my legs is called a vagina, and sometimes mothers wash out their vagina. It doesn't hurt. Now go ahead and play while I work on supper.' It was as simple as that. My curiosity was satisfied for the time being.

Looking back, I wonder if that was the beginning of our extra-ordinary bond of trust. After all, I had seen my mother's most private parts, and she shared something very personal about herself. As it turned out, my mother and I could talk about anything, including what most people consider very private, and we did so without shame or embarrassment. Also, I could count on mother's being honest and telling me what I needed to know. Ever the nurse, she always called body parts by their proper name. I did not grow up with the implication that something was wrong with the private parts of the body because of the use of cute euphemisms. In turn, I was always honest with her.

From then on, I noticed enema syringes, probably because I knew what they were used for. Ours hung on the inside of the bathroom door. Mom usually hung her bathrobe on the same hook. Most homes that I visited had an enema bag and hose hanging somewhere, usually in the bathroom. So by the time our family moved out of the Main Street house, the enema syringe was a common sight. In perspective, these flashes of memory added up to only a few minutes of my life on Main Street. However, as a small four-year-old boy, I had no idea how use of the home enema would influence my life. 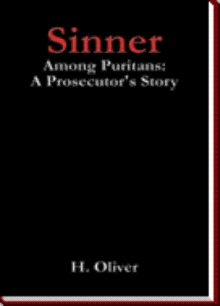 Enema Story is adult fiction written primarily for those who judiciously take enemas or colonic irrigations based upon health or religious beliefs, or for sexual enhancement. Also, someone trying to understand why another takes them may find the story revealing. Of course, there is always room for the open minded and curious.

This novella is reality based and historically accurate. The world is divided on the subject, with those for and against enema use just as adamant. Since ancient Egyptian times, people have taken enemas: kings, queens, American presidents, the religious, and farmers, to name a few groups. The beloved Princess Diana, God rest her soul, was known to frequent a colonic irrigation clinic. One well-known American entertainer believes in taking coffee enemas to treat her depression. Only a statistician could estimate how many millions practice the therapy worldwide. Based upon hundreds of hours of study and discussions on the Internet, it would be safe to guess that most older users were given their first enema at the hands of a caring and loving mother during early childhood. Many doctors of a past era recommended the sensible use of them to treat and prevent illness.

Although they are not fashionable today, full displays of enema equipment in drugstore windows and multi-page advertisements in major catalogues are etched in the author's memory. The end of the 'golden age' of the enema generally correlates with the introduction of antibiotics, doctors' liability, and diminished interest in self-care. Much of the book is based upon information gleaned from Internet chats, where people are free to discuss intimate topics with anonymity.

Enema Story is about the life of a fictional character, Charlie Wisner. The time frame is from the late 1930s to the new millennium. The story details the enema and colonic irrigation aspects of the character's life from childhood through college and military service, then onto marriage. The novel is unusual because the subject matter has been considered taboo in recent years, and the focus of the story is on this aspect of Charlie's life. The story includes much about Charlie's sex life. His moral mind set developed during a time prior to the sexual revolution and widespread use of the birth-control pill. This narrow focus presented a challenge and produced an interesting approach to storytelling.

The author hopes readers will find the story to be interesting and entertaining, but an underlying purpose of Enema Story is to suggest to the enema user, who may feel isolated, that he or she is far from alone in their use. For example, I know that there are many who think that they are the only person who self-administered an enema as a child, but they should know that I have communicated with dozens of people who admit to giving themselves enemas as young children or teenagers. Although the author writes about intimate subjects in this book, it is done with the intent of telling a story about a human being with a good soul, and natural motives.

The author has experienced a full range of blessings in life which include: a loving and full childhood with outstanding parents, college and legal educations, a successful business and professional life, a wonderful marriage with children, and last but certainly not least, good health.

He has also been through the school of hard knocks, where he learned the most, especially his appreciation of life itself.

He considers himself now blessed with the opportunity to write. He creates from the perspective that among the great gifts that our Creator most often gives man is health, which includes our sexuality. The author feels that the gift of health requires responsible care of and use of the body early on. The author views himself as looking at life through a set of clean eyes, which allows him to see our souls and bodies with a sense of wondrous beauty. He knows that this perspective is contrary to how some are socialized, but it feels right for him.