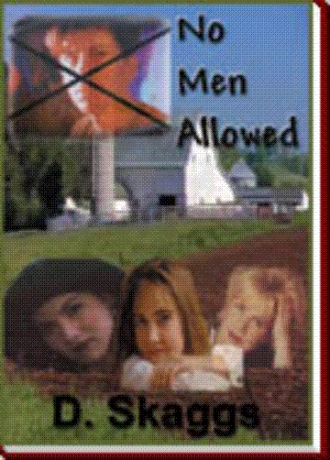 What would you do if you came into a town where there was nothing but women? It was a town where they did not allow any men. Although the town called Singleton was secret, many women knew about it that did not live there. They only supported it by sending money by women mostly from broken homes, to help other women to go to college there, find them a job, or buy them their own business. The town helped many women to be elected in politics.

This book is a story about three girls going to high school together that lead different types of lives only to end up in Singleton. Amy, a quite reserved girl, married her high school sweetheart, had a baby girl, only to lose her after eight months. Her marriage ended due to the loss of the child. She found a good job and after a year, went back her hometown on vacation. While driving from her hometown to her home, she became too ill to continue, and took an off ramp when she saw a hospital sign and went to Singleton Hospital.

Margaret, while in high school with Amy and Donna had plenty of boyfriends and seemed to be a little on the wild side but was still controlled her behavior. After graduating, fell in love with the wrong man and went into a life of sex, prostitution, and drugs. She married another man for his money, only to kill him with the help of her boyfriend and get everything in his will. She later shot her boyfriend and fled to Amy's house for help. Amy took her to Singleton, thinking they might be able to help her at that town.

Donna, a quiet petite girl that took nothing serious while in school would be the last to have any kind of trouble. Amy and Margaret both wished they could take life as lightly as Donna. Just out of high school, she went to work in another town, fell in love with a handsome, muscle bound man. She married him only to become a battered and bruised wife. They had a baby, but it did not stop him from spending weekends with other women or the abuse of her. She ended up in the police underground, hiding for her safety with her little girl. Her husband threatened to kill her if he could find her as he had warned her at other times she when tried to run from him. She continued till she landed in Singleton hospital with a broken jaw.

Then, in Singleton, all three though their needs were different, found the help they needed as so many did before them. A city where a woman could become anything she wanted to be.

This book is about a city where only women and girls live. It has two farms: one for cattle, chicken and hogs and another one for produce. The city and farms are secret to most of the world. Many women have been there to move on to other cities so they can help others. The city has been built with mostly the battered and bruised of family violence. They reach out to other cities for the same kind, only to take them in to restore their lives. It is a book that you will want to read.

I was married for 37 years and believe in marriage. My partner in the marriage left home six times and filed for divorce twice. We had 5 children and 15 grandchildren before we finally did divorce. I was a grandchild of a writer and have written three other books, only to destroy them because I didn't think they were any good. I decided to finish this one and send it out for print. I worked for Teletype Corp for 33 years and retired in '89. I hope to do more writing in the future.