Symbols of the Revelation

by Robert B. Dearmore 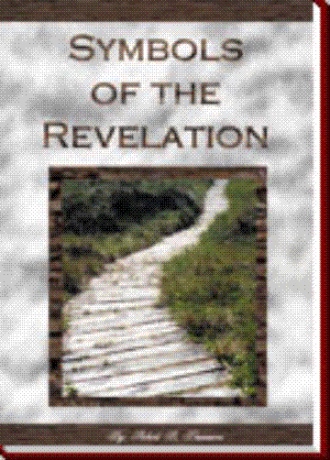 GOLD TRIED IN THE FIRE (Revelation 3:18) - In His message to the church at Laodicea, Jesus exhorts them to buy from Him 'Gold tried in the fire that they might be rich.' Gold cannot be hurt in fire. The more it is exposed to fire, the more pure it becomes. In I Peter 1:7, Peter explains that this testing by fire of a people, is a test of their faith.

GREAT EARTHQUAKE (Revelation 16:18) - (See also Revelation 6:12) - The seventh vial judgment to be unleashed upon the earth produces voices, and thunders and lightnings, and an earthquake more powerful than any which has ever occurred in the history of mankind (see Vial Judgments).

This super earthquake strikes the earth at just the time that the final great battle of Armageddon is about to begin (see Armageddon). It strikes with such force that every city in the world is flattened.

Revelation 16:20 indicates that the very topography of the world will be catastrophically changed. All the world's mountains will be leveled down to ground level, and all the world's islands will disappear.

If this wasn't enough devastation, an incredible hailstorm will follow the earthquake, dropping one hundred pound hailstones out of the sky onto the people below. If anything was left standing after the earthquake, these giant hailstones will quickly finish it off. You would think that about this time many earthlings would be begging for forgiveness and mercy. But verse 21 tells us that they blasphemed God because of the great plague.

Some Bible scholars have speculated that the fiery object which John saw was a nuclear weapon striking the sea; but I can't visualize how an inter-continental ballistic missile could be described as looking like a mountain, even to a witness who lived two-thousand years ago. To me, John gives a perfect description of a large meteorite or an asteroid or comet plunging into the sea.

In May of 1986, an asteroid named 1986 JK passed within 3 million miles of the earth. In terms of asteroids and planets, this is considered a near-miss. Eugene Shoemaker of the U.S. Geological Survey at Flagstaff, Arizona, estimated the asteroid was about a half-mile thick. He said that objects that size are believed to come close to the earth about once a year, but are rarely detected. Geologist Joseph V. Smith of the University of Chicago said that there could be a severe disaster in the future based on what we know from past incidents of objects from space striking the earth.

GREAT STAR FROM HEAVEN (Revelation 8:10) - The third Trumpet Judgment of the Tribulation period is ushered in by a burning star from Heaven falling to the earth (see Trumpet Judgments). This is a very good description of a meteorite or an asteroid falling through the atmosphere and burning as it falls. By the time it reaches the ground, it has disintegrated into fine dust. Caught up in the freak wind conditions caused by the unleashing of the Four Winds of the Earth in Revelation 7:1 (see Four Winds of the Earth), it is scattered widely around the world and settles on one-third of the earth's fresh water.

John calls the star Wormwood and says that it turns the fresh water into a bitter, undrinkable condition. Many people do drink the bitter water and pay for it with their lives.

GREAT WHITE THRONE (Revelation 20:11) - After the Millennial reign of Christ was over and Satan was finally secured once and for all eternally in the Lake of Fire and Brimstone (see Millennium), John saw a great white throne. The one who sat on the throne was so fearful in appearance that the whole universe fled away from Him, never to be seen again.

Standing before the Great White Throne, John saw all of the people who had ever lived upon the earth, from the beginning of history until the end of the Millennial reign, who had died without ever having accepted God's plan of salvation.

In John 3:18, Jesus said, 'He that believeth in Him is not condemned, but he that believeth not is condemned already, because he hath not believed in the name of the only begotten Son of God.'

Since these unbelievers are already condemned, one might justifiably wonder what the purpose of the Great White Throne Judgment is. The purpose is to demonstrate to them before sentence is passed, why they are condemned.

Revelation 20:12 tells us that the books were opened, and another book, which was the Book of Life, was opened as well. Those standing before God were judged according to the things which were written in the books according to their works.

One of the books, probably, is the 'Book of God's Law,' the Holy Bible. In Galatians 3:12, Paul said, 'Cursed is every one that continueth not in all things which are written in the Book of the Law to do them.' Not one person will be able to say that he lived entirely by God's law in every aspect of his life.

Another book which is opened, contains a record of all the works done during the lifetime of each person. Every time God's Spirit pleaded with them to accept Jesus as their Saviour and they said 'no' or 'maybe later,' is also noted in the book.

The only names left in the 'Book of Life' when it is opened at the Great White Throne Judgment, will be those whose sins have been washed away by the blood of the Lamb, the Lord Jesus Christ.

In summing it up, as each condemned person steps before the throne, God will show him from the 'Book of the Law' what it would have required if he could have earned eternal residence with God by his own works. It will be clear that the standards are so high, that no one could earn his own salvation.

Next God will show the condemned person from the 'Book of Works' how he failed terribly to measure up to the Law. He will point out how the person, time and time again, ignored God's Spirit pleading with him to get right with God while he still had the chance.

Finally, God will open 'Book of Life' just to be sure no mistake has been made. He will carefully search the book for the person's name. When the name cannot be found, God will utter the most terrible words ever spoken: 'Depart from me, ye cursed, into everlasting fire, prepared for the Devil and his angels.' (Matthew 25:41.)

GRIEVOUS SORE (Revelation 16:2) - The first Vial Judgment to beset the earth during the Tribulation period results in the eruption of a very painful sore on everyone who has r

For 1,800 years, the treasures of the Book of Revelation remained virtually untapped. For the most part, Biblical scholars considered it to be a closed book. Finally, along with the nineteenth century, came the Revelation renaissance, when people began to study the book with unparalleled intensity, and speculate on the meaning of its mysteries.

I have in my personal library numerous commentaries on the Book of Revelation, mostly excellent, well-researched works. I often recommend them to my friends and associates and will continue to do so. It is not my intention for this book to replace those fine commentaries.

However, in talking to many of my friends and acquaintances over the past several years, I have found that precious few have ever read the Book of Revelation. I am sure that most of them are scared away by the lavish use of symbolism and imagery. I believe it is important for us to see that the Book of Revelation is the culmination of the entire Bible. Furthermore, it is the only book in the Bible that contains the promise of a special blessing to everyone who reads and understands it. You would think that a promise like that would make it the most widely read book in the world.

There is unquestionably strong disagreement among Biblical scholars over the correct interpretation of certain parts of the Revelation. Each person, however, must draw his own conclusions, based on his own prayerful study.

The purpose of this book is to facilitate the study of the Revelation, by providing an alphabetical listing of all the major symbols and terms or phrases used in its writing. Along with each listing is a diligently researched explanation of meaning.