When Will it End 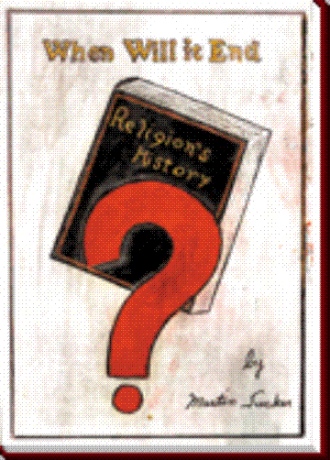 The Germans are only three miles away. Unlike 'D' Day, they had time to reinforce their positions with tanks, guns and men. It wasn't going to be easy. If their reinforcements are great enough, they could easily drive us back into the sea. In our foxholes the first night, nobody could sleep. We would peek above our shallow dugout momentarily, always expecting the enemy to be there. Every now and then a rifle shot rang out - someone thought he was able to make out a moving object in the blinding darkness. With the morning light, the object turned out to be a cow. Some gunfire was at nothing - just nervous soldiers. We moved out that morning, clearing a wooded area and arriving at an open field. Some advance guards were out ahead of us to make sure everything ahead was clear. I sat down on a short tree stump waiting with the rest of our group to move out, when suddenly the crack of a rifle shot pierced the stillness - the sniper's bullet hitting the stump between my legs. To our left, for the length of a city block, was a row of houses. I yelled, 'Sniper,' at the same time hitting the ground. I was able to catch from the corner of my eye, a figure in a white shirt disappearing into one of the houses. The words 'white shirt' relayed quickly and when we caught up with the advance guards, one of them said he just killed someone in a white shirt. Well in advance, civilians who chose to stay in their homes were warned to stay indoors. The wise guy who tried to be a hero will never get a medal.

Instead of moving on, the order came to dig in. I guess we're going to stay a while. Joe Bass, with his group from Signal Company, came by - they were on a wire laying detail. 'Polsky is dead - got hit on the beach by artillery.' I felt drained. What a waste. We were on the outskirts of Cherbourg and it was off limits to all Army personnel. Pappy had been drinking some wine he picked up on the way. 'I'm going into town,' he said. With snipers hidden among the townspeople, the off limits order was mainly for our benefit. Being our Top Sergeant, no one would question him or try to stop him. He was a loner, never letting anyone get close to him. Word came some hours later that Pappy had gotten into a fight with a civilian and killed him. He was arrested and we never heard of him again.

Ahead of us was the city of St. Lo. It was heavily fortified and word got to us that the Germans were to hold the city at all costs. Fear of stiff resistance from the Germans can only mean heavy casualties for us but our high command had a mission planned that would calm and hopefully lessen the fear which again gripped us all. Our orders were to dig in about five miles from the city and to prepare to see a spectacle for the first and maybe the last time ever. To lay in our foxholes face up, and at no time attempt to rise above ground level. The spectacle was going to be the bombing of St. Lo by 10,000 planes. We all thought of that number as being over-exaggerated, but as the prearranged time approached, we could see in the distant sky what looked like a swarm of locusts. As that swarm dropped their bombs and moved on, another swarm approaching from another point could be seen. A third and fourth and fifth swarm followed, and then more. A sight, unbelievable as it seemed, but there it was. The thundering sound and the trembling of the ground we lay in, convinced us that indeed, even as far as five miles, this spectacle was taking place. As these different groups of airplanes departed their target, some groups flew right over us. We could see, but were not able to count their numbers. We walked into a city of rubble hardly a building was left standing and not a live German in sight. The news of this day too, was Captain Couty's promotion to Major.

My bout with religion started in kindergarten at age 5 and continued through grade school. At times, the attacks were fostered and encouraged by my teacher, Miss Gruber. In later years, it was determined that she was a member of the German-American Bund. Most of my questions about religion and the hatred it bred as I matured were never answered.

My stressful life to survive the Great Depression was followed by World War II. I earned a Silver Star for engaging in five (5) major battles, including the Normandy Beaches and Battle of the Bulge -- the two most memorable for Americans and the world.

The brunt of anti-semitism that dogged me in the Army, forced me into an anti-religion confrontation. As a result, I coined a phrase, 'If you believe in prayer, pray that religion doesn't kill you.' When Will It End.

I received General Patton's gift to the 5th Infantry Division, of which I was a part, for a bloody job well done, after taking the City of Rheims -- never before divulged to the public.

Through the war, the warmth I felt that helped diminish the fear, the death, the constant horror, was the girl I left behind while not knowing if she would have me when I came home. Our seven-year relationship finally found us at the altar -- not without insurmountable circumstances that we managed to conquer.

Martin Tucker was born and reared in Northeast Philadelphia, Pennsylvania of Russian immigrant parents of February 11, 1917. He couldn't speak a word of English when he started school but battled his way through the early yeas. It was the Great Depression years that forced him to drop out of school so that he could earn enough money to help keep his family alive. The impressionable, invisible scars of the Army and the horrors of World War II are still imbedded in him, never to leave.