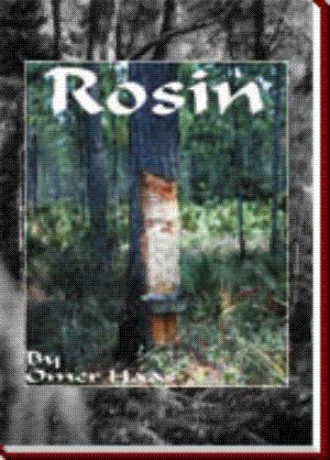 Mr. Bender was waiting at the dog kennel when they arrived. 'Come in, Mr. McBride. I see you have Sam and your fine son, Lazarus with you.' He sent his dog handler to the house to tell the butler to send two mint juleps, for there was some ceremony attached even to the breeding of the dogs. 'Take young Lazarus with you we don't want to get young juices flowing with this breeding,' and laughed.

When Lazarus and the handler were gone, Mr. Bender's overseer, a large florid faced white man with an angry manner rushed through the door. 'That damn nigger Bal run last night,' he said. 'Why are you telling me this so late?' growled Mr. Bender. 'Well, them damn niggers said he might be here or he might be there and I've been running all over this damn plantation.' 'We'll notify the authorities,' said Mr. Bender.

'Have you had any trouble, Mr. McBride?' 'No Sir, Mr. Bender.' 'I don't understand why. Everyone else has, with these abolitionists and underground railroaders operating all over the County.'

'What would you say, Mr. Bender, if I told you there's never been a slave whipped at Stewart's Still?' 'Unbelievable.'

'Papa Scott decided long ago that if you had one you needed to whip, it was best simply to get rid of him. And so none of them want to leave the place, so we have no trouble.' 'Amazing, I had three run this month. What would you do if you were me?' 'I'd figure out who the malcontents were and get rid of them,' said August. 'Thank you sir, I'll talk to my overseer about this.'

When Lazarus entered the kitchen of the big house he was soon aware of beautiful music coming from an adjoining room. The cook saw him listening intently, 'Dat's Miz Charlene playing de piano in de alcove of de big dining room. If yo wants to hear it better, go on in dere.'

Following the cook's advice, Lazarus quietly entered the room and sat down in a chair. He watched from behind as an obviously beautiful girl played a classical piece of music. As she reached the final crescendo, her head was nodding and black curls were flouncing all over her shoulders.

Lazarus had been so caught up in the music that, when it was over, he stood and applauded. Charlene stood, whirled around and flashed her large violet blue eyes toward him.

'Who are you?' 'I'm Lazarus, I'm sorry, ma'am but the cook said it would be all-right for me to come in here and listen to you play. I'm here with my father and we brought Old Sam to breed Mr. Bender's bi. . .. Lazarus realized what he had said and stopped in confusion, his face reddening.

I am by education a forester. I was born and reared on a turpentine orchard in South Mississippi and was closely associated with the hands, the business and all it entailed. Several years after learning that there were no artifacts or history of the production of rosin in the Smithsonian Institute I felt compelled out of respect to the hands and to my people to write some sort of history of the production of rosin. Being a graduate forester I was well aware of the impossibility of being able to research and write a technical work on rosin production. I deemed it necessary to write a fictional account of the operation with all the facts pertaining to rosin as accurate and as true as I could make them.

The book that emerged is a novel of some 135,000 words. I've used three generations of a fictional family, the McBrides, in compiling the book. They closely resemble my own family's activities for the period covering 1814 in South Carolina to 1940 in Mississippi. Basically this book is about three things; the hands, the masters or orchard owners, and how they went about their daily lives producing that hard won product, rosin from the trees.

Omer Haas is now retired and living on the banks of Bayou Talla in Kiln, Mississippi with his wife Ann and his son Hunter.