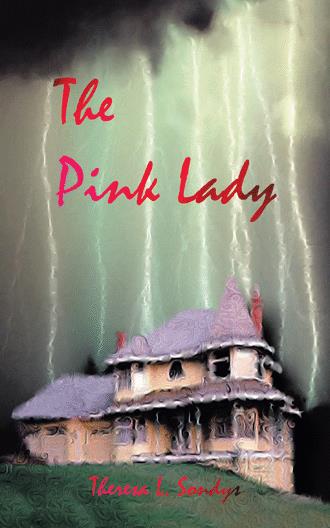 'Now there won't be any more stories,' Anne Marie cried as our parents hurried us across the porch, down the steps and away from the house following our grandmother's funeral. I'll never forget the sight of Gramma's body dressed in white, lying in a bed of pink satin in a pink metallic casket put on display in the best parlor of her grand old Victorian known throughout the small town in which she lived as 'the Pink Lady.' At one time I wondered whether they meant her or the house.

'Don't worry,' I consoled my younger sister, draping my small arm around her even tinier shoulders. 'I'll tell you stories.'

'You don't have any stories,' my practical-minded father admonished, rushing us along to the car. I never knew whether he meant that at nine years old I was too young, with too little life experience behind me to have stories, or that he doubted my intellect or imagination to make them up.

Almost thirty years have passed since then, but fate has brought me back to the same porch and I can almost see the two little girls with dark, curly hair, big green eyes, and empty hearts being hurried toward the car waiting to return tem to the city from what would be their last trip to the country to visit their beloved grandmother. Dad walked between us, a large hand on each of our shoulders, nudging us along. I remember looking over my shoulder to see Mom trailing behind us, her face wearing a mask of indifference that would remain in place until her death.

I'll begin my story here, because this is where it started and probably where it'll end.

At age 38, the mother of 15 year-old I thought I was handling my mother's death fairly well until I returned home a day early from a business trip to find my husband in our bed with another woman. Hurt and angry, I lashed out at him.

'I wish you'd calm down a minute,' he responded as casually as the two of them had been playing bridge.

'I wish you were dead!' I spat back at him, turned on my heel and walked out.

I got my wish. While I sobbed into a hotel pillow, Al got drunk and drove his car off a bridge. It wasn't his first affair, only his last. It was also the straw that broke my emotional camel's back, so to speak, and I ended up in the hospital.

Upon my release from the hospital, I enjoyed a long week-end with my children, Steve and Sara, then returned to work on Monday, April 1st.

Virginia Maitland, head of the Legal Department, was the first person to greet me upon my return to work. Once inside Ginny's office, she pulled out a thick file and began to go over the list of assets I'd inherited. Stocks, bonds, shares in this and that, mutual funds, cash, real estate, and the Pink Lady. I added my signature to documents that needed immediate attention, then ran out of the office and hopped into my car.

It wasn't until sometime in the mid-1980s that the words 'Painted Lady' became a generic term for a multi-color Victorian, but even in the early fifties when my grandparents purchased it, the house's colors and feminine qualities had caused it to be christened 'the Pink Lady.' The Pink Lady is an imposing and expansive Queen Anne Victorian painted in a variety of matching yet slightly contrasting pink hues except for the trim, which is white. The house has both towers and turrets, a number of arches, and a healthy helping of the gingerbread trim that has become synonymous with Victorian architecture. There are a variety of window styles, all surrounded by a veritable smorgasbord of textures: fishscales, shingles, siding, stone, shutters, and framed with patterned ornamentation. The house has three floors, but many more stories, for to hear my grandmother tell it the Pink Lady had secret passageways, hidden rooms, and a checkered past.

There was a chain strung between poles on opposite sides of the driveway, so I parked on the street, got out of the car and just stood there admiring her grandeur. The paint was peeling and it appeared to my untrained eye the roof might need work, but from the street things didn't look too bad. As I crossed the street, my stomach suddenly filled with butterflies. It's often said you can't go home again. I was trying to do just that, and it was discomforting. When I pushed the picket fence gate open, the rusty hinge snapped and it fell to the ground. I jumped back, startled at first by the loud clatter. No big deal, I told myself. I expected something to be in need of repair. I stepped over the broken gate, made my way up the walk, climbed the steps, then immediately turned and sat down on the porch. Sitting there, Gramma's voice filled my memory, once again regaling me with the house's history, and my fears dissolved. Feeling her loving presence, I smiled, somehow feeling warm, safe, and at home.

I looked up and down the quiet street and studied the neighboring houses in the failing light of the setting sun. To the right, the house was painted in pale blues and pinks. That Queen Anne, like mine, had a porch that spanned the front of the house. A man and woman sat there with their feet up on the railing, apparently enjoying an after-dinner cup of coffee together in the balmy evening sun. How sweet, I thought, then turned my thoughts back to the Pink Lady.

I stood and crossed the porch to the door, suddenly realizing I had completely forgotten to ask for a key. Undaunted, I moved to the windows of the library. The shades were drawn and completely obstructed my view. Crossing the porch to the windows of the 'best' parlor, I peeked through to see the oriental rug as well as one or two other pieces of furniture I thought I remembered. Ginny said I'd inherited the house and all of its contents. But the only thing I really cared about was my grandmother's piano and I couldn't tell anything from peeking in the parlor window. I skipped down the steps and around to the side of the house. The music room window was at least six feet off the ground and since I am only five foot two, I was faced with a bit of a problem. But, the shade was up and I was determined to overcome the technical difficulties and get a look in that window.

I reached up to grab the sill with my fingertips and tried to pull myself up. Dumb idea; didn't work. I looked for a foothold, but there was none. It was when I began looking around on the ground for something to drag over to the side of the house and stand on that I saw them. Two black boots planted firmly on the ground about ten feet behind me. I lifted my gaze slowly upward, following long legs to where hands rested on slim hips, long slender fingers splayed across the pockets of navy blue slacks. From there the torso widened as it rose. He wore a white shirt, two buttons undone, his tie hanging down on either side of the muscular chest barely hidden by his sport coat. The shoulders were wide and solid.

'Can I help you?' His deep, sensual voice matched the ruggedly handsome features of his face.

'Oh, that'd be great,' I gushed, turning back toward the window and again reaching up to grab the sill. 'Could you give me a boost?' I lifted one foot and waited. It didn't take me long to realize, even without looking, that the attractive stranger hadn't moved, and a feeling of idiocy washed over me. I put my foot back on the ground and turned to face him once again. He hadn't moved; his expressive face wordlessly repeating the earlier question. As we stood there scrutinizing one another, I felt very foolish as several thoughts simultaneously crystallized in my mind. First, I realized he was the man I had seen on the porch across the street. Second, I noticed a revolver clipped to his belt, and assumed he was a policeman. (At least I hoped it meant he was a police officer and not one of the pirates, bootleggers, or other criminals my grandmother had mentioned in her stories.) I quickly put the two together and came to the conclusion th 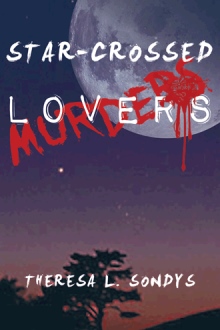 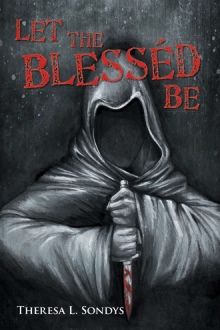 In an attempt to start her life over, Jayne moves into a Victorian mansion known as 'The Pink Lady,' and meets Jack. On her first night in the house, vandals attack the facade. She begins receiving threatening calls. Notes. Someone breaks in. She finds a butcher knife through her teddy bear's chest. Unable to find any evidence that anyone has entered the house, the police begin to doubt Jayne's sanity. So does she. Did she really see what she thought she saw? Hear what she thought she heard? In spite of her doubts, Jack believes her. Believes in her. As the relationship between Jack and Jayne deepens, the attacks against her and her property escalate. Jayne thinks Jack is the cure for all her problems. Others aren't so sure. They think he's the cause.

A portion of all proceeds will be donated to the Michigan AIDS Fund.

Theresa Sondys, author of The Pink Lady, a novel of mystery and suspense, is a busy woman. By day, she's the Manager of Finance and Administration for one of southeast Michigan's most highly respected philanthropic foundations. Evenings and weekends, she juggles her daughter's clarinet and piano lessons, her son's hockey schedule, her husband, her house and a host of volunteer activities with a promising budding writing career. When does she find time to write? 'You never find time for anything,' Theresa explains. 'If it's important enough to you, you make the time.' Her writing is like that. Any spare moment is put to good use. 'I'm never without a book. If I have to wait at the doctor's office, during music lessons, or anywhere else, I'm reading,' she says. 'It's good research.' She also puts driving, cleaning or exercise time to use by working plot and character development through in her head. Theresa began writing approximately five years ago when a work-related injury caused an extended leave of absence. Unused to 'doing nothing' all day, she began putting her mental energy to work planning and researching material for her novel. When doctors instructed her to type two hours per day as part of her physical therapy regime, words tumbled out onto the paper. What began as a curse turned into a labor of love. 'It's like I finally found my calling,' Theresa smiles. 'I was born to be a story-teller.' 'I love to escape reality by reading and writing fiction,' she says. But Theresa also has a foot, and her heart, firmly planted in the real world. She has promised a percentage of all royalties she receives on the sale of The Pink Lady to the Michigan AIDS Fund. 'There's no escape from the reality of AIDS,' she explains. 'Only the hope that with compassion, creativity, commitment and cold, hard cash, we can win the war against it.'