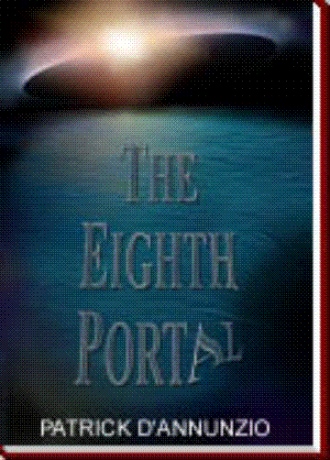 They continued their examination of the room and its furnishings. When, from behind, in the direction of the entrance, they heard a noise. John was the first to turn. In the doorway, stood a stranger. A man in diving gear.

'Who are you people? What is this place?' The man asked.

'I was just about to ask you the same thing. Who are you?' John responded.

'My name is Mark Alexander. I'm the captain of the Coast Guard Cutter Boca Bay. I'm with the science expedition.'

John introduced himself as did the others.

'The science expedition, huh.' Rick said. 'An expedition to find what? This place?'

'No. We were testing a new sonar system and getting strange readings in this area. We were trying to find the source, what was causing them. I found the cave, saw your life rope and followed it into this place. Now, just exactly where are we?'

'Your guess is as good as anybody's, Captain. We only just found that front room yesterday ourselves. Came back down and we found this room today.' Rick didn't look up while he spoke. He just stood rubbing his finger around the edge of the nearest pedestal.

'Look, Captain, we just stumbled onto this ourselves. Just like you. We don't have any answers either.'

'Right, like Allondra said, we were just exploring. We went ashore last night, after we found the crystal room and came back today to find this.'

Mark began removing his equipment. He looked around the room as they did when they first entered it.

'This is unbelievable. Who could have built this? And that other room? When? Why? It's amazing. I've been in a lot of caves both on land and underwater. I've been all over the world. I've never seen anything like this.'

'It's amazing all right, Captain.' Rick looked around at the others. 'Amazing. Would you believe? Atlantis?'

The life of humanity upon this planet may yet come to an end, and a very terrible end. But I would have you notice that this end is threatened in our time, not by anything that the universe may do to us, but only by what man may do to himself.

John Walking Bear, a Lakota Indian, living on the Pine Ridge reservation, receives a vision through a dream that is interpreted by his grandfather to mean that he must leave the reservation and travel to a distant land. He is assured that he will meet others and find the knowledge that will assist him in his ultimate life path, that of restoring the sacred hoop and the preservation of Mother Earth. John ends up in a small town in Florida where he meets four others, who through different circumstances, are also drawn to the same location.

Sabrina Knight, the social worker from Camden, New Jersey who lost everything she held dear. Allondra Kwan, the young doctor from San Francisco, disillusioned by the system she so desperately wanted to believe in. Rick Cianci, lifelong cynic, distrustful of anything with the establishment, and Mark Alexander, career military officer who questions the 'book of rules' he himself helped to write. In the tropical waters just off the east coast, they each find their own vision of the future and the past. A vision of despair and a vision of hope, who's ultimate reality is for all of us to decide.

Could the myths of Atlantis be true? Are the prophecies of Armageddon coming upon us as we enter the next millennium? Do we have the ability to save humanity, and the earth, from the self-destructive path it has taken over the years? Is a collective consciousness possible? Why have we become so fascinated with the spiritual world and the unknown? Do the legends from ancient cultures hold any secrets for us to learn now?

The Eighth Portal is an adventure into a realm that we all can reach, but will manifest itself only to those who have the eyes to see and the ears to hear.

Patrick M. D'Annunzio currently lives in Jupiter, Florida with his wife and two daughters. He holds a Master's Degree in Education and has spent 25 years as a teacher and administrator in the public education system primarily working with exceptional children. For the past several years he has been studying the teachings and writings of Edgar Cayce, Sun Bear and other enlightened individuals. Recently, he took a short leave of absence from his career to open a metaphysical book and gift shop called Atlantis Rising. During that time, he furthered his studies by becoming a certified Reiki healer, an ordained minister, certified hypnotherapist and by delving into various philosophies such as Tibetan Buddhism, Taoist teachings, Shamanistic practices and Mayan history. He became attracted to aboriginal and Native American myth and culture, particularly that of the Sioux, Hopi and Navajo.

From these studies and his own experiences as a draftsman, teacher, administrator, writer of curricula and program manuals, lecturer, workshop coordinator, independent business owner, son, husband and father, Patrick felt that his observations about life, humanity and personal growth were clearer to him now more than ever. The Eighth Portal, Patrick's first book, tells a story which provides one possible answer to the many questions we all have about who we are and what we are doing here.