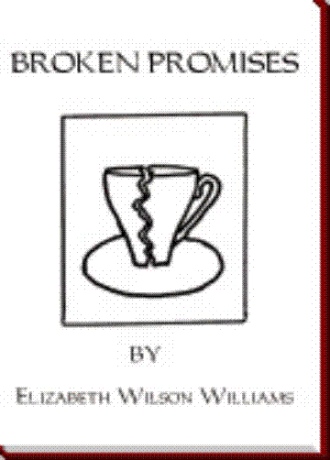 Terry was determined to solve her problems, even if it took the rest of her life. Her big problems were self-esteem and confidence. She lived in a negative marriage for so long, she lost her identity and became dependent on her husband. She started rehabilitation by listing all the things she'd been programmed to believe she couldn't do or think.

The first one was driving a car. She thought she'd never drive or own a car, so she enrolled in a driving school. She turned out to be a good driver, surprising herself. The first time she realized that was when her teacher said, 'You're doing great.'

Just hearing those words boosted her self-confidence. Imagine what I could do if I lived around positive people, she thought.

It would take almost ten years for her to begin to feel like herself again. She needed to work through memories, flashbacks, and dreams. She decided to live alone for a while so she could have some quiet time.

At work, she was with people all day. Dating was a new experience. On one date, she met a wealthy man. He proposed and promised he'd take care of her. He said that no matter how hard she worked, the system was against her. When she retired, her earnings wouldn't have kept up with inflation, so she'd be poor.

Terry knew she lived in a class system. There were legends, privileged few, distinguished nobility, celebrities, stars, the rich and famous, the experts, the aristocracy, the elite, the professionals, the ruling class, the upper class, the ordinary man, the common people, the layman, the underprivileged, the general public, the lower class, middle America, and then the mainstream, middle-class housewife. She wondered why there was no househusband.

In the early part of the century young girls were conditioned to seek marriage. Home and family were the requirements for a happy life. Like thousands of other girls, Terry, the central character of his story, was no different. Raised in the church, she was taught to be unselfish and to serve, she was not prepared for the real world. Problem was, she served and was so unselfish she had very little left, even her very soul was threatened.

Starting out in a small eastern town at sixteen, she worked her fingers to the bone and then stepped into a marriage to do the same, only worse. Crisis follows crisis as Terry struggles through the years in a marriage doomed to fail from the start. Through her many experiences coping with life in the burbs, power struggles, birth control and career problems, Terry reaches a turning point. Her attempt to regain her lost identity proves to be a long journey, one that she resolves by doing on her own.

She comes to realize that the standards put in place had led to her confusion and were so entrenched that she had to call on her friends to help uncover hidden issues.

Published in Famous Poets, A Treasure of Great Poems Published with the Poetry Guild. New York. Author of Broken Promises, The Art of Contemplation, a collection of poems, the Ghosts of Sierra Vista, short story. The World of Light - art Instruction. She lives in Costa Serena, Oceanside, CA. Where she continues to write, paint and teach.