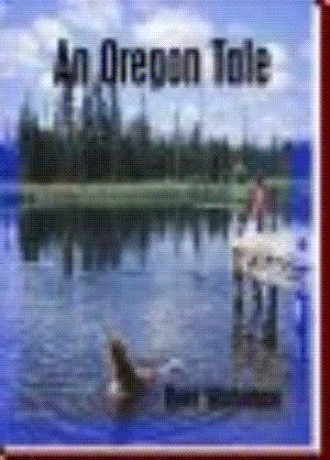 There are few non-cursing words that sum up a situation more clearly than OOPS! If I reach way back into my mental attic, I am sure that OOPS was not only one of my first words spoken, but I still manage to use it on an almost daily basis.

One of my first recollections of the word occurred one day in the late 1950's, when my kid brother Dan had decided to take the wood mallet from a peg pounder toy and go outside to do some serious pounding.

I'm sure you all know the peg pounder I'm speaking of. It's that confounded toy that you pound colored pegs through with a wooden mallet, and then flip the contraption over and pound the pegs back through again. A small child will do this all day long with complete awe. While this is very cute to watch a small child do, it is kind of pathetic to watch the small child's father pounding on that same toy over and over again with the same look of complete awe. This may prove that most males never really grow up, but we already knew that didn't we.

Anyway, with wooden mallet in hand, three-year-old Dan marched outside and went into what can only be described as a pounding frenzy. We had all been watching for months as our father had been rebuilding the house we were living in so it was only natural that each of us kids wanted in on some of the action. What was unnatural was Dan choosing the tail-lights of my parents brand new, two tone, goose turd green 1957 VW Bus.

This wasn't an act of violence or anger. I think Dan just wanted to play with the pretty red pieces of glass. As his four-year-old brother, I can attest to the fact that these pieces of glass were very intriguing, especially when looking at the sun. Looking through these taillights gave the whole world a reddish tone, which was very enchanting. Very enchanting that is, until our mom suddenly came into view.

We put the taillight pieces down and I'll be darned if she didn't still have a reddish tone about her. Our mom had glorious red hair and freckles, but at this particular moment she seemed to have a little more color in her cheeks than usual. As our southern cheeks soon discovered, she was impressed neither with the pounding incident nor with Dan's heartfelt 'OOPS!'

A year or so later found Dan and I watching our older (and theoretically smarter) brothers, holding thermometer races in the bathroom. A thermometer race means shaking a thermometer until all the mercury is in the bulb at the bottom. At which point, one of my older brothers (Jim, as god is my witness, it was Jim) would jam the thermometer into the open faced wall heater, being critical to get it as close to the exposed red hot coils as possible. All four of us boys would squeeze our little round heads in real close and watch how quickly the mercury would shoot to the top.

I remember my folks picking me up and hauling me to their bed. One of them held my writhing body down with my eye wide open, while the other poured pitcher after pitcher of water into my eye in hopes of flushing out any broken glass and mercury. Good times indeed.

A handful of years later finds me surprisingly with perfect vision, and trudging through the swamps of some far off jungle. Small boys find mental adventure on a daily basis. I can't really tell you when they lose this ability since I'm past forty and still finding it fairly regularly.

So there I was hacking away at vines and killer snakes, armed only with my trusty machete, when suddenly I spotted a killer python between my legs. (I know what you're thinking and shame on you!)

With cat like reflexes I swung my machete down and hit my mark. The wounded snake immediately sprayed me in the eyes. Because of this maneuver, I knew that it obviously wasn't a python, but could only be the dreaded Spitting Cobra of Africa! The Spitting Cobra of Africa has the ability to spit into it's victims eyes from up to eight feet away, thus blinding and causing the victim great pain. This also makes the victim totally defenseless.

While it was true that I was momentarily blinded during this encounter, I noticed that I was experiencing no pain, which meant that the serpent had to be something other, then a Spitting Cobra.

My eyes and head cleared as the cold shower of water woke me from my little adventure. I was no longer in a far off swamp but safely back in my own backyard, straddling the ditch out by the round corral. I looked down and realized that during my mind warp, I had planted my machete into the 2' plastic pipe that my dad had buried partially underground to get water out to the pasture. OOPS!

A few years later as a teenager with a driver's license, I could be found pruning Christmas trees for a couple a bucks an hour. A bunch of us were out in the middle of a field of these trees with a gas powered air compressor, which ran our noomatic (that ain't right) neumetric (not even close) neo???, oh heck, they were air-powered pruning shears.

Anyway, I was working on a hundred-foot row of trees, which meant that I would drag the shears and a hundred foot of airline down each row. I would then prune the trees one at a time back towards the air compressor. When I had finished a row I would push the air compressor to the next row and once again drag my shears and airline to the end of the new row and commence pruning back.

As is most agricultural work, this was both physically demanding and mind-numbing at the same time, although thank god we were using newh.... nuh....neh.... (Air- powered) pruning shears. All we had to do was pull the trigger on these shears and they would make a chush sound as they effortlessly cut the limbs. You had to be very careful that your fingers holding the branches didn't get too close however, since the shears didn't care whether they were cutting through wood or bone.

I had just finished pruning a row, pushed the air-compressor forward, and commenced dragging the hose to the end of the next row. What you have to understand is that when you finish pruning a hundred foot row of trees and drag your hose down the next row, your pulling your hose out of the previous row at the same time. This means that the first tree in your new row (the last tree pruned on your way back) is acting as a corner post for the hundred feet of hose to rub against while your dragging it to the end of the new row.

I was on my umpteenth row of these darn trees and pruning my way back to the first tree of the row, and I'll be honest here, my mind was wandering to better places to be and more fun things to be doing. By the time I had pruned my way back to the corner post tree on that particular row, I was once again in some far off jungle, fighting vines and killer cobras. This time armed only with a pair of nee....noo....neyu....(Air powered) pruning shears.

I reached under the tree, blindly grabbed a limb with my left hand, pulled the trigger with my right and watched as the ground exploded in a cloud of dust. It is quite possible that I shouted to the other tree pruners 'Run for your lives, I've got a Dust Spitting Killer Cobra over here! Don't worry about me, just try to save yourselves!' That's just the sort of guy I am. Warning people of danger that isn't really there is my middle name.

What had happened was that I had pulled the trigger and caused my nih....noo....ner... (Air-powered) shears to cut through the very air hose powering my shears. While I was engulfed in this cloud of dust it

These are the tales of Dave's adventurous, yet accident filled, youth set in a mostly rural environment. These stories will make you laugh until you cry, scratch your head in total puzzlement, just plain cry and then laugh some more, all the while bringing back many memories of your own childhood, or thankful that these weren't your childhood memories. Some of his laughter and pain, may be your own gain.

His stories are a down home account of the last forty years in this changing world. Most are of his youth but some also blend the past with the present. These tales take the reader back to simpler times of days gone by in a wonderful state called Oregon. The stories are all true and as he says, 'There are plenty of court records, witnesses, physical and emotional scars to prove all of them!'

The book contains 65 chapters and these are but a few of the many subjects and exploits within:

How Nutria came to Oregon - Little Connestogas or Spaceships?

What mice and the Boot Scoot Boogie have in common,

What the police did with the dead deer riding Dave's bicycle,

What love and moonstruck watermelon have in common,

Elvis and the bloated cow,

Why streaking and strolling are not conducive,

Crawling naked into a nutria den,

What NOT to do when FIRE! Just happens,

What 007, Calvin Klein, J.Edgar Hoover, and the Beatles had to do with bean picking,

Why cats, pistachio's and bicycles can't be trusted,

The downside to converting a chicken coop into a sauna,

(Believe it or not, there is also an upside)

Surviving your siblings in the country,

Seeking fame and fortune in Alaska,

Porcupines in my pants,

And many, many more.

Dave Whiteman was born in 1954 in the Willamette Valley of Oregon. He still lives in a small town in that same valley, now raising his own children. Dave is a single parent who originally wrote these stories so that his three sons would know of a special place, with special people, during a magical time, long, long ago. His children are his biggest fans and describe their Dad and his book with their quote 'Never judge a book by its Author!'

Dave's parents worked in the sawmills and feed-stores of yesteryear, and through example, taught their kids a very strong work ethic and unique outlook on life. They raised themselves and their five rambunctious, hell bent for leather, and just plain strange children, out in the country. Dave thinks it was the town's idea that his family live out in the country as he believes the town wasn't ready for his renegade siblings or their adventures. After reading these stories, you will tend to agree.