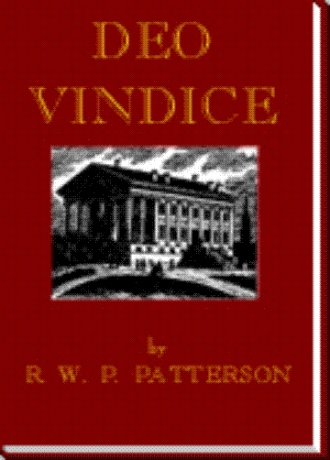 ... After a 45 minute wait, his train lurched a few times and slowly began to move toward its destination. These last few miles took almost half an hour. At the station, Grant saw a beehive of activity. Troops and horses going and coming, wagons everywhere, Quartermasters were off-loading train cars from side rails, while other supplies were being loaded on to wagons. Troops were working on the rails and side tracks, and train cars were pushed on to these tracks almost as fast as they were finished.

Grant's staff off-loaded the horses and General Grant was soon on his way to Meade's headquarters. Some troops saluted as he passed, others just looked, most did not know who he was.

'Just another desk General,' most thought. 'Hard to keep up with them all as they come and go.'

Sam Grant finally arrived at George Meade's headquarters at about four o'clock in the afternoon. Meade was standing outside his tent talking to several Brigade officers when Grant rode up. As he dismounted, the officers all came to attention and saluted. He returned their salutes and acknowledged them with a nod and a 'Gentlemen'. Then, walking to Meade, he said, 'General Meade, I'm Sam Grant. Let's talk.'

Once inside the tent, Grant mentioned to Meade that he had met him casually during the Mexican War. Neither man remembered much about that meeting, although it did give them something more in common. Grant handed Meade a letter from the Secretary of War Stanton. It simply stated that U.S. Grant was now Commander of the Armies of the United States, and Meade was to obey whatever orders Grant gave. Meade knew full well that he was to be relieved because of Monocacy, so this was no surprise to him. 'Of course I understand, General Grant, I will move my things out and clear the tent for you before dark tonight. If you would like me to do so, I will give you a run down on the staff before I go and I....'

Grant was shaking his head in the negative as he lighted up a new cigar. 'You will stay here, General Meade, as Commander of the Army of the Potomac. I will assume overall command of operations, but you will stay as Army Commander.' Meade was stunned and Grant could see it in his face.

Grant continued, 'We have had enough of this changing commanders and moving in and out. Let me be blunt, General, you stay until I fire you. If I do, you will be done. No headquarters, no lateral moves, no western transfers. You will be finished in the Army. So you need to consider that there is nothing to slide over to, and there is nothing to fall back on. You are stuck with me.' Grant paused and slowly lowered his cigar toward a map of Virginia that was on the table. He pointed the butt of the cigar at Richmond. 'Together, you and I are going run Bob Lee out of Richmond, and it begins now. Questions?'

Meade felt a rush of confidence as Grant looked at him waiting for an answer, and he smiled, 'No questions, General!'

'Good! Then let's get to it.' Grant reached out to shake hands. 'First of all, I go by Sam. Now, I need a good briefing as to where we stand... troop numbers, effectives, artillery, stores, dispositions, and the like. Then I want a full run down on Lee's Army as much as you know. Our plan is simple. We will move on Richmond and bring Lee into a fight, or we will drive him away from Richmond. If he fights, we whip him. If he runs, we burn Richmond and chase him down. George, tonight over dinner I will bring you up to date on the situation from Washington. Just you and I... Plan for a late evening. Now, please see to getting tents for me and my staff officers. Somewhere close to you would be fine. I need to wash up.' Grant had taken command.

For students of the War Between the States there are often moments of reflection when facts and events are placed aside and the question is pondered, 'What if...?' One such a question often considered is, 'Could the South have won the war?' Recorded history gives glimpses to us that the South did indeed come close to achieving some of its goals which in turn might have led to, if not outright victory, at least a negotiated peace.
In such a momentous conflict, it seems unlikely that relatively small-scale events could have had the far reaching effects to have changed the War's direction. But for a moment consider... What if the Battle of Gettysburg had never been fought? What if England had recognized the South as an independent nation? What if....?

Deo Vindice is a work of historical fiction based upon real people, real places and actual plans. Many of these events, although real, are unknown to the average reader. One must wonder if a few of these events had been different, would history as we know it have changed?

You be the judge.

R.W.P. Patterson is a native of Columbus, Mississippi. He is a graduate of Louisiana Tech University, and a retired Lieutenant Colonel from the U.S. Army. He served in the Infantry, Signal Corps and Aviation branches. Assignments have taken him to Germany, Korea, Central America and two tours of duty in Vietnam as a CH-47 helicopter pilot.
COL Patterson currently resides in Springfield, Missouri, where he is Vice President of Finance and Administration for Central Bible College. He is a frequent lecturer on the subject of the War Between the States for the college's history classes. He is also Vice President of the Board of Directors for Southern Military Institute. Patterson is Chief of Staff of the Missouri Division, Sons of Confederate Veterans, and Chaplain of the Missouri Society, Military Order of the Stars and Bars. He and his wife Arlene have two married sons.

Author of over 20 magazine articles and two computer based books on the War Between the States, Deo Vindice is his first novel.