The Hidden Story of the Black Dahlia Murder 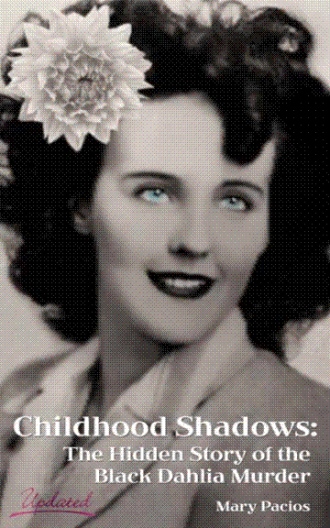 Elizabeth Short—the mysterious 'Black Dahlia'—Hollywood's most notorious victim. Crime anthologists have cited her as the classic example of a woman who 'enticed' her assailant, a woman 'who wanted to be killed,' one whose lifestyle 'made her ideal victim material.' Fiction writers have classified her as a 'whore.'

But I knew the aspiring actress differently, simply as Bette, my next-door neighbor and friend—a warm, stunning young woman with a flawless complexion, the blackest of hair, and translucent blue-green eyes. I was only twelve years old when Bette was brutally murdered in January of 1947—one of the most infamous 'unsolved' crimes of the twentieth century.

A few days after her murder, I began drawing pictures of Bette—first as Snow White, smiling, with a bird perched on each shoulder, then standing on a hill near a tree, much like the big elms that once stood in the Common of our New England home town.

As I developed into a professional artist, Bette became my main subject—couched in mythological terms—Antigone, Eurydice, Medea. Finally in 1987, forty years after Bette's death, as one final gesture of catharsis I organized a touring exhibition called In Memoriam—work by artists based on the death of someone close. A triptych, The Martyrdom of Elizabeth Short, became my contribution to the art exhibit. But that was not enough.

For years, terrified of the darkness, I had walked around the edge of the long and painful shadow cast by my friend's murder. But there came a time when I seemed to have no choice, no recourse, except to go into the deepest and darkest part of that shadow and try to cast whatever light was humanly possible. In December of 1987, after waffling for months, I embarked on my ten-year search for answers.

But the search never seems to end and justice remains elusive. In the seven years since writing the original version of this book, new information has surfaced, most notably the Los Angeles District Attorney’s files. New books with varying levels of veracity have been published. A movie based on a fictional account has been released, and the maligning of Elizabeth Short continues. I hope the new information incorporated into this edition will help lay to rest the many myths surrounding this tragic victim. It is time for Elizabeth Short to be given her due.

This updated version of Childhood Shadows, a book first published in 1999, adds new details to a compelling account of the Black Dahlia murder—one of Hollywood’s most infamous unsolved crimes. Combining personal experience as a close friend of the victim, Elizabeth Short, with in-depth research, Childhood Shadows brings a unique perspective and opens up an intriguing new area of speculation about who the killer may be.

Author Mary Pacios sets the stage by recreating the neighborhood she shared with Elizabeth “Bette” Short during the years of the Great Depression and World War II. The war ends, but instead of peace, the horrendous murder of the young and beautiful Elizabeth Short send shock waves through the nation. Years later, haunted by the unsolved murder of her childhood friend, Pacios sets out to discover the true circumstances surrounding her friend’s brutal death. Because of her personal relationship with the victim, Pacios gains access to officials close to the case who discuss with her unpublicized details of the murxder and their own privately held theories of who killed the woman known as the Black Dahlia. The research Pacios expects to last only a few months turns into a strange twenty-year odyssey that explodes many of the myths surrounding the victim and her murder.

Appendices include photographs, official documents, synopses of the various suspects and an extensive annotated bibliography. .

Mary Adeline Pacios, born and raised in Medford, Massachusetts, was a neighbor and friend of murder victim Elizabeth Short for ten years. Pacios' personal connection to Elizabeth Short has enabled her to focus with remarkable insight into the life, as well as the sensational death, of one of the most publicized and puzzled-over victims of the 20th century.

Pacios, an accomplished artist and writer with a special interest in urban affairs and history, has written and edited essays, reports, and technical papers dealing with environmental issues, social change, contemporary printmaking, African art, and German Expressionism. For a U.S. edition, Ms. Pacios 'translated' The Complete Manual of Relief Printing (Dorling Kindersley, 1988) from British English to American English. She also edited the hilarious autobiography of underground filmmakers George and Mike Kuchar, Reflections from a Cinematic Cesspool.

Pacios, a prize-winning painter and printmaker with an extensive international exhibition record, has lectured and demonstrated her printmaking techniques on college campuses. Her art work, has been shown in the United States, Europe, and Asia, and is included in prestigious public and private art collections. As an artist, she brings to this reconsideration of an infamous crime an unusual aptitude for detailed appraisal.