A Contemporary View Of US Puerto Rican Relations 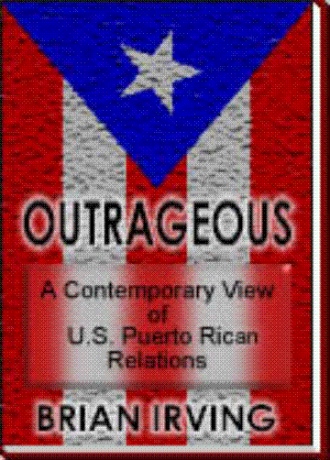 In the status debate, one of the most incredible arguments is that of international sports. In 1948, Puerto Rico became an independent sports entity, and has since competed under its own name and its own flag. Puerto Rico competes in such international events as the Central American games, the Pan American games, the Olympic games and recently, Puerto Rico broke with the United States in tennis and now has its own Davis cup team.

The argument is that under whatever status, Puerto Rico will continue to have its own sports teams - even if it becomes a state. Douglas Zehr, reported in a San Juan Star article that the results of a survey of Puerto Rican men revealed that 73% of the respondents argued that under no circumstances would they accept Puerto Rico losing its own Olympic representation. 28/

According to A. W. Maldonado, the argument as to whether Puerto Rico as a state could or could not keep its own Olympic Committee and participate in international sports, is more than a sports or legal issue - it is 'a serious cultural issue'. Maldonado's point of view is based on U. S. Census figures which predict that in 17 years Hispanics will be the second largest minority group and that by the middle of the twenty-first century nearly one of every four United States residents will be Hispanic.

What does all this mean to Puerto Rico and its relationship with the United States? Maldonado's theory is that '...as Hispanics become politically dominant in certain areas (Florida, Southern California and the Southwest) the shrinking American (Anglo) majority will want to ensure that this does not lead to having a distinct cultural nation within the United States. If in the future the government of Puerto Rico should go to Washington with a mandate for statehood, Puerto Rico will be asking to be entered into the Union as a Hispanic state- ‘We want our own Olympic team because we are different; oh yes, we are loyal American citizens and we want to be a state, because we want all the rights and obligations of 100% citizenship.' But we want to retain our international sports identity and we are determine to keep it and protect it. ‘What is more important in this Olympic matter is not whether what the State holders are promising is realistic or not. It clearly isn't. The message is in the asking and as the implications of the United States census figures on the rapidly growing Hispanic population sinks in, it doesn't take much imagination to foresee what the reaction will be throughout the United States. The message being sent is; we want to be a state, but we do not wish to be Americans.'' 29/

In another article by María Bird Picó entitled 'All Parties Stroke the National Identity - Nationalism' she wrote that 'while three political parties are selling a different status for the island, there is a common thread in that their message is ‘Puertorriqueñidad'.' In the same article Ms Bird Picó stated that 'the Popular Democratic Party used the recent 'Las Americas' basketball tournament to unveil the first, plebiscite TV spot, which says that Puerto Rico as a state would not be able to participate in the Olympics. Governor Rosselló meanwhile has tried to reassure islanders that Puerto Rico would seek to participate in international events as a state. 31/

In another article in the Star, Javier Maymi quoted the governor as saying 'that if Puerto Rico should become a state, its Olympic identity will not be bothered. ‘We don't need permission from the United States to do anything. I think that the relationship to Olympic sports is a great one. This is a situation much like the Catholic Church. The church in Puerto Rico answers to the Vatican not to the government. The Puerto Rico Olympic Committee answers to the IOC (International Olympic Committee) not to the government'.' 32/ In past rulings, however, the International Olympic Committee has taken identity away from countries that became part of another nation. A precedent was the annexation of Latvia, Estonia, and Lithuania by the U. S. S. R. These countries lost their representation and their athletes had to compete for the Soviet Union. In the Caribbean, Martinique and Guadalupe, which are integral parts of France, do not participate in regional or Olympic contests. The question is: whether the United States will admit Puerto Rico under special conditions? The answer seems to be no. A former senator from New Jersey, Bill Bradley, a famous ex basketball player for Princeton University and for the New York knicks, has said that if Puerto Rico becomes a state and gets its own Olympic Committee, 'I will lobby for New Jersey to get its own Olympic Committee.'33/ As a matter of fact, the Puerto Rican sports identity has a legal obstacle. 'The Amateur Sports Act of 1978 states that only the U. S. Olympic Committee will have a say on Olympic matters in the country.'34/

Benny Frankie Cerezo, a former statehood representative, in an article entitled 'Plebiscite Campaign Flawed Cultures' stated that the admittance of Puerto Rico as a state is the acceptance of Puerto Rico as an equal and the acceptance of the proposition that the nation will become pluralistic, multinational, and different. 'I think it will be a better nation, but congress should think whether it will.'35/

Puerto Rico became a colony of the United States in December of 1898, and it is still a colony over 100 years later. In December of 1998, a status plebiscite was held in which the voters of the island were asked to vote for their status preference. Four alternatives were offered: statehood, commonwealth, independence or free association. More than 50% of the voters selected the fifth column which was 'none of the above.' The author discusses all aspects of current U.S. Puerto Rican relations and suggests a solution for the endless debate about the future of the island.

An Air Force veteran of the Korean War, Professor Irving studied at UCLA, the University of Connecticut, U.S.I.U. and Wesleyan University. He worked as an instructor and administrator at the Univ. of Connecticut and is presently working as an adjunct professor at Eastern New Mexico University, in Roswell, New Mexico. For 27 years of his professional career he worked in Puerto Rico as an Associate Prof. of History and as an administrator for the Inter American University of P.R. For 14 years, he taught, among other courses, the History of Puerto Rico in Spanish.