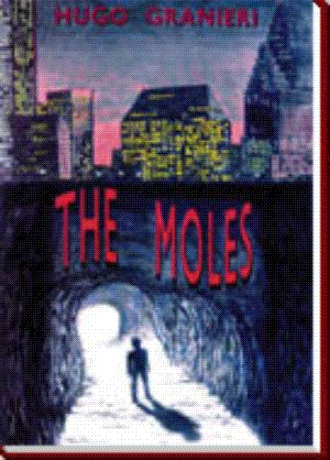 My name is Mario Chagran and this book is hardly the product of my imagination. I wrote this book from notes sent to me by my cousin Doctor Victor Petrelli, who died in a plane crash on October 29, 1988. The news appeared in several papers from Oklahoma: 'DOCTOR AND WIFE DIE IN PLANE CRASH' 'Doctor Victor Petrelli, a well known physician from Oklahoma City, and his wife Julia died instantly when his twin-engine Aerostar crashed and exploded in a desolate area north of Santa Rosa, New Mexico. Two witnesses in the area watched the airplane descending in an almost vertical dive with the engines apparently at full power. The county sheriff, Steve Sellers, routinely notified the FAA, which will investigate the cause of the crash.' Ironically, in spite of being a writer and having a column in a Dallas newspaper, I missed the news. Only when I received the call from Elsa, Victor's daughter, did I learn about the tragedy. The next day, I received the shocking manuscript. As I was reading it, I was almost in shock. It was a mixture of disbelief and sadness. The manuscript was the product of a man who seemed to be out of control, under extreme psychological pressure. The man who wrote those notes definitely was not the Victor whom I had known all my life; we were cousins and grew to manhood in our native country, Argentina, and then realizing our teenage dream, we came to America in 1960. For many days I did not know what to do with those notes which reflected a vortex of strange events and confused thoughts.

Dr. Petrelli, a well-known physician in Oklahoma City, makes a trip in his own airplane to Houston for a medical convention as he had done several times in the past. This time his wife who was also his co-pilot, feeling ill, will not accompany him. After an uneventful trip, he encounters the most bizarre beings in the most unimaginable place. That makes a profound impact on Dr. Petrelli's mind, who at a certain point during this experience, tortured by the act he has committed and his wife's illness, begins to have doubts about the reality of these events, even about his own existence and the loved ones around him. An unusual thriller, with a philosophic and psychiatric touch which will make you think about your own existence in this dimension we call Earth.

Hugo Granieri, born in Buenos Aires, Argentina, in 1934, emigrated to the United States in 1962 with his wife and 3 year old daughter. An ex-medical student with a degree in Business Administration, he worked hard to build up a good status in his new country. While he was working for the Argentine Naval Attaché in Wahington D.C., he earned a degree in art and his wife a degree in Linguistics and Literature from Georgetown University. He produced, for his own collection and friends, several paintings and sculptures. A calendar with his drawings depicting historical landmarks of Alexandria, Virginia, was published in 1972. He moved to Oklahoma and finally settled in Texas in 1980. An avid reader since an early age, he has always regretted not having had enough time to put on paper (except for a few outlines) what his imagination has been dictating for years. Now retired, he has finished his first book. Currently, he is working on a collection of short stories. He lives in the northern outskirts of Houston, with his wife Liliane, a teacher, and not too far from his daughter Patricia, also a teacher, and his grand-daughters Alexa and Eliza.