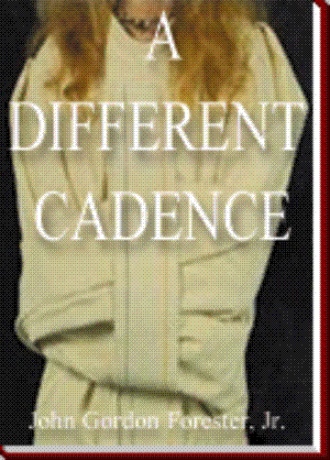 I am a lawyer. I am not a juris doctor, an attorney nor an esquire. A juris doctor is a law degree which some educator decided to make it sound like more than it is. An attorney is a lawyer for someone, such as General Motors or Joe Smith. I am attorney for a Joe Smith, but not for a General Motors. An esquire is a title given to landed gentry in Great Britain and is not suitable for members of the already pretentious legal profession in the United States.

I decided that I would be a lawyer when I was ten years old, in part, I guess, because I was frequently reminded of the virtues of my maternal grandfather who had been a lawyer. He died before I was born, but every year of my early life, thanks to my mother, he grew in stature, learning and wisdom. I think, however, that I decided to become a lawyer mostly because of my frequent visits to watch the proceedings in the Wilkes County Courthouse, which stood in Wilkesboro, N.C., the town of my birth. There wasn't a lot for a ten year old boy to do in a town of eight hundred people, but the courthouse was almost always open. I sat in the balcony with the colored folks because I could see better.

I doubt that I understood much of what was happening, but I enjoyed seeing the lawyers, the judge in the black robe and hearing the 'Your Honors', 'May it please the court' and other quaint phrases. When it got boring, I would go shoot marbles with my friends, or go for a swim in the Yadkin River, if it was summertime.

Growing up in a small Southern town in the thirties and forties was easy and uncomplicated. We lived in a big, white frame house built by my grandfather, with lots of huge oak trees in the yard and a two acre vegetable garden out back. In the summer we ate our dinner at noon on a large screened back porch, which adjoined a well house with a dirt floor and a well that was covered over. The table was loaded with fresh bounty from the garden, including, among other things, tomatoes, lettuce, spinach, potatoes, green beans, lima beans, okra, corn on the cob with hot cornbread, pitchers of milk and a fresh baked apple pie. The household consisted of my mother and father, my two sisters, my grandmother, until her death in 1939, my aunt Mable and my uncle Frank. Aunt Frances, her husband and son lived next door and frequently joined us at dinner. There was always enough.

December 7, 1941 changed our lives, but surprisingly, much for the good. At least small town America was united in patriotism. Every night the family gathered around the radio in the living room to listen to the news of the war from Gabriel Heater and Walter Winchell. No doubt we were the recipients of a lot of propaganda, but the veracity of what we heard was never questioned as we plotted the advance of our troops on large wall maps and spoke ill of the hated Nazis and the Japanese.

In the Spring of 1942 my father received an official letter telling him to report for the draft. He was thirty seven years old and the sole support of his wife and three children, an easy deferment upon request. He never considered not reporting. He took me for a walk in the woods, within easy walking distance of our home, and explained to me that although I was only nine years old, I was going to be the man of the house. He had opted to enlist in the Navy and was off to boot camp and then to fight for our country. I was never more proud and hoped fervently that the war would last long enough so I could go too.

Unfortunately for Dad, he never left Norfolk, Virginia. The Navy deemed him too old for sea duty. He kept applying, but was utterly frustrated. He finally was accepted as a volunteer for mustard gas tests and proudly carried the burn scars until his death.

We moved to Norfolk in 1943. It was paradise for me. The first summer we lived on Church Street, which, by today's standards, was a slum. We had an ice box for a refrigerator, somewhat ironic as my father had been the leading salesman in the nation for Kelvinator refrigerators in 1940. Fresh fish was sold from a horse drawn wagon. On week ends we would journey to Virginia Beach with a picnic of fried chicken, deviled eggs, sandwiches and lemonade. Dad and I would erect a piece of sail cloth on saplings for shade and there wouldn't be another person in sight. Sometimes, there would be oil and tar on the beach from sunken ships. Dad and I would talk with sadness about the men who had gone down with those ships. I began to wonder if Gabriel Heater and Walter Winchell were telling us the truth. I was even glad the Navy wouldn't let my father go to sea, although I shared his pain.

A Different Cadence is a story about the people the author has encountered as clients, judges and witnesses. It is not a story about the lawyer but about the fascinating characters he has known and represented in more than thirty years of practice. There are pimps, whores, gamblers and killers. There are witches and mental patients in chains. There are judges who take the time to care; the murder of Rocky and Curly. James Parks on trial for killing his wife's lover; a gambler's trial; and two young men accused of statutory rape on trial for their lives. It tells the story of a retired Army sergeant, locked away in St. Elizabeths Mental Hospital without due process of law. Then there is death on Grapevine Mountain, which remains a mystery today. Some are innocent, ground up in the machinery of the system. Others are not so innocent. Guilty or innocent, their stories are fascinating.

This book illustrates the contrast in the legal profession of yesterday, when lawyers represented people and their problems, as opposed to today's practice with mega firms and the emphasis on the 'Billable Hour.'

Gordon Forester is a lawyer in private practice in Washington, DC.

He is a graduate of the University of North Carolina at Chapel Hill and received his law degree from George Washington University.

Upon graduation from college, Gordon was commissioned in the United States Navy. He served on an aircraft carrier in the West Pacific and then graduated from Underwater Swimmers School in Key West, Florida and Explosive Ordnance Disposal School in Indian Head, Maryland. He also qualified as a deep sea diver.

After his release from the Navy and graduation from law school, he clerked for a federal judge in the District of Columbia. He has practiced law for more than thirty years, primarily in civil and criminal trial work.

Gordon lives with his wife, Georgina, in suburban Maryland. They have four adult children.