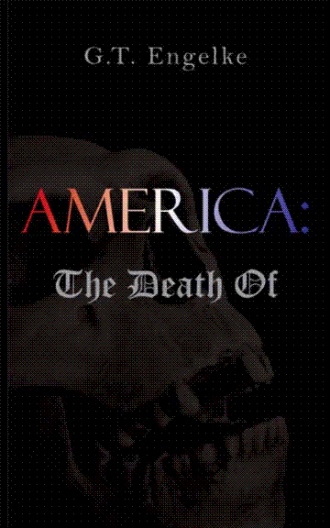 The fan slowly moved back and forth, causing a gentle breeze to move across the shop.

Gaining a little confidence, he stood up straight. With his forty-five now held with both of his out-stretched hands in the classic shooter position, Flex leaned over the counter to peer behind it. Just then the fan turned slowly back toward him. He felt the soft brush of air against his face and the sweet smell of flowers. The next moment he lay dead on the floor.

In falling he knocked over a can of leather-cleaning solvent that was standing on the floor next to the foot of the counter. The flow of cleaning liquid from the can quickly reached the electric power strip into which the fan was plugged, and the cleaning liquid caused an electrical short. The liquid to burst into flames and the entire shop was engulfed in flames in what seemed like a moment.

Fire bells sounded throughout the entire building as the flames and extreme heat reached the detectors and sensors located in different areas.

In hearing the alarm sounding Bird ran to the front of the building to see what had happened. Looking into the shop through the plate glass window he saw Flex lying on the floor of the shop with his clothes on fire.

He reacted with out thinking. He burst through the door grabbed Flex by his feet and dragged him out to the sidewalk quickly rolling him over to try and put out the flames. He had to roll himself over Flex to completely put the flames out with no regard for his own safety. Once the flames were out and he had gathered his senses, he checked for a pulse.

The problem and the report all seemed to mesh in Jimmy's head all at once. He had all the time in the world, with everyone having left because of the extreme over-heating, to read the report and make whatever copies he wanted.

By accident Jimmy had knocked the report on the floor while moving his ladder around. When he bent over to pick the file up he noticed the words, 'Dissipation rate of 300,000 square feet a second' and on a second page 'One Hundred Percent Kill Rate.'

With his training in the National Guard as an explosives and gases handler, the phrase grabbed his interest at once.

The report was from the Department of the Army, but from some department he had never heard of, USDSED. The report was over thirty pages long and stamped

'TOP SECRET--NEED TO KNOW ONLY.'

Jimmy picked up the pages of the report and set it back on the desk without a second look, than went back to repairing the thermostat, mumbling out loud that he needed to get above the ceiling tiles to complete the repair. He needed to make sure that he caused no concern when he disrupted the spy devices, located in the ceiling, while doing the repairs.

He put his ladder in place and started to remove the ceiling tile that held the fake smoke detector, which was the camera and microphone for the secret surveillance system.

Jimmy carefully placed the ceiling tile on top of the adjoining tile with the camera pointing up into the ceiling cavity.

While he had the camera pointing up towards the floor above, he could do what he needed to do with the report, making sure that he made no noise that would sound. 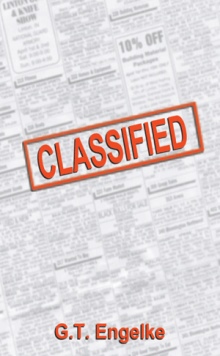 Jimmy Groves, civil servant, air conditioning foreman, psychopath, nice guy, mass murderer, sexual pervert . . . the descriptors could go on and on forever. A man with a grudge against the world, who acquires a tool that allows him to attempt to reach his greatest goal. This goal is to destroy the entire government of the United States of America. Jimmy will use his girlfriend, Cindy, her family, her family's business, her body, her beliefs, her wants and dreams--all to place his plan into action and to ensure its success. He plans to use what's there and available for the world to see to make the unbelievable happen.

The actions of the different branches of the government, its people, its policies, its procedures, combined with the deceit, deception and distrust, allow the interweaving effect to join and entangle the lives of a federal marshal, an FBI Agent with his social climbing wife, the president, the vice president, the speaker of the house, and so many more involved in the secrets, lies, deals, payoffs, and general corruption that makes up our great form of government.

Yes, the perfect melting pot for one Mr. Jimmy Groves, whose personal goal is to do what no person, government, or country ever came close to doing--total destruction of the government of the United States of America.

Gilbert T. Engelke Jr. was born in New York, New York, and now lives in Savannah, Georgia with his wife, Janet. He is a graduate of Pacific Western University with a degree in engineering. He served in Vietnam with the U. S. Army as a Combat Medical Specialist from 1966 through 1968 and is a member of the Disabled American Veterans Organization.

He enjoys the outdoor sports of golfing and fishing and the indoor activities of reading, writing and time with his wife, Janet, and their Bullmastiff, Angel. He will continue to write, as long as the words and breath continue to happen.