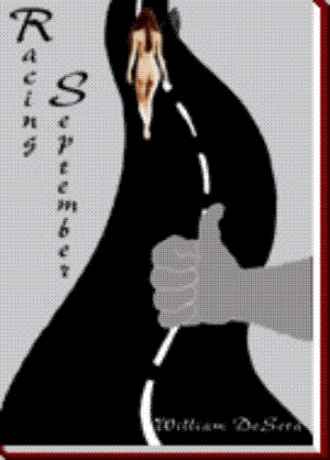 Danny had been in the middle of convincing a ponderous dowager from Fifth Avenue that she couldn't complete her life successfully unless she owned the latest coffee table edition of Degas dancers when Ryman sidled up and whispered that he had an emergency phone call.

It wasn't hard to recognize the nasal twang and President Street attitude. He turned to Ryman and did an exaggerated, silent mouthing of 'My cousin.' Ryman nodded, twirled his forefinger in a gesture for speed and then slid it across his throat in one that was equally unmistakable.

'Why the hell are you calling me here?' Danny demanded.

'Cause you didn't call me. I thought we had a deal.'

He could see there was no way he was going to avoid this so he decided on a graceful surrender.

'You know where the store is?' He asked.

'Okay. Meet me here at seven. And try not to look like you're hustling stevedores at Bush Terminal.'

'And for Christ's sake, leave that mouth in Brooklyn.'

There was a long silence. He thought she might have hung up when...

She had him there.

'And don't worry. I won't embarrass you. I know how to act. I just don't get much of a chance out here.'

He'd been closing out his register about five to seven when this stunning brunette came striding into the store. You'd have thought the cross-town bus had come through the front window the way every head in the place swiveled to look at her. She gave the room a quick scan, spotted Danny and veered in his direction. He couldn't believe his eyes. It was Toni.

Make no mistake. Toni had all the natural equipment. She had long dark chestnut hair, features like a young Liz Taylor, creamy skin and huge green eyes. That had never been the problem. The problem had been what she did with what she had. Up to then it had been a crime. The crime had definitely been solved.

She stood in front of the register, a crooked grin spread across her lips and enjoyed the knowledge that every guy in the place would abandon his mother to medical experimentation for the chance to walk out the door with her. She was dressed in a black leotard that showed deep cleavage and little black boots. She'd wrapped a shawl that looked suspiciously like something Danny had seen on his Aunt Clara's piano around her hips to act as a skirt and she had one flowered, silk scarf around her shoulders and another tied in her long hair. It was a definite costume but whatever it was it worked.

'I read, therefore I dress.' She said it completely straight-faced and for a second it stopped him cold. Then he got it and burst out laughing.

She got very pissed.

'You see something funny?' She demanded.

In the lives of the fortunate, there is a period of time or a series of events that alters their perspective just enough for them realize the possibilities available in a world, almost without limits. For Danny Cerutti that time was the summer of 1953.

A fatal industrial accident leads to a job in a Greenwich Village bookstore, hanging out at The Whitehorse and a tour of the local party scene. His fortunes soar when he inherits 'The Indian,' a monster motorcycle, from an army bound cousin and it attracts delicate and dazzling, twenty-four-year old Kitty Harman. Their passionate affair ends abruptly with her departure for Hollywood but he has already fallen helplessly in love and, unwilling to forget her, he hitchhikes across the country.

The story is about Danny's journey, its humiliating culmination and his race to return to New York, but it's also the stories of those who help, hinder or otherwise become involved in his quest. His cousin Toni, who knew how to create a life if only she could lose a family, or Harry Bilowat, the hot shot New York lawyer who found happiness in Denver as a mailman with four kids. Strangers like Grace Kirby who almost made him forget why he was in L.A., or Brice Tarpits and Glenda Moonbeam who survived the rigors of the road on her body and his guile. People like Mark Shandler who thought Danny was his ticket to adventure or Bridget O'Riley the mysterious Asian party girl who helped him but couldn't be helped by him. It's about people like Curran, the anti-Semite jail guard who couldn't understand how the Jews didn't kill Christ but the Italians did, and Caroline Gilbert, who lost both her children but wouldn't let a stranger comfort her.

It's about a time that was different than now, but people who were very much the same.

Bill DeSeta has been involved in the entertainment and communications worlds his entire life. Starting in summers during college, working in stock and various Off-Broadway shows he would eventually produce, direct or design over fifty plays or musicals in New York in addition to building two theaters and owning another. His theater career culminated in 1972 when he produced 'The Candyapple' on Broadway.

He abandoned theater for a while in the '60s to run The Bitter End, the hottest Folk venue in the nation and begin a career as a photographer, creating posters and album covers for many top artists. In the late '60s he opened a restaurant, The Tin Angel, and got into building renovation, designing stores, restaurants and galleries in what was soon to be known as SOHO.

In the early 70's he entered the world of fashion, designing Body Jewelry. His award winning creations were marketed under his own label and that of Anne Klien and in the mid-1970s he began designing sets and costumes for movies and in the ensuing years designed nearly twenty films for theatrical or network release as well as episodes of two TV series.

It was also in the mid-seventies that he began writing, first successfully for cable-TV and later for feature films. His screenplay for 'Perfect Timing' still appears late night on HBO. He currently has two screenplays and a series optioned to three separate studios and a second novel ready to make the rounds.

In his spare time he curates art exhibits and is working on a documentary film about 'The Craft of Art.'

He is married to casting director Donna DeSeta and they have one son, Cristian, an accomplished musician.