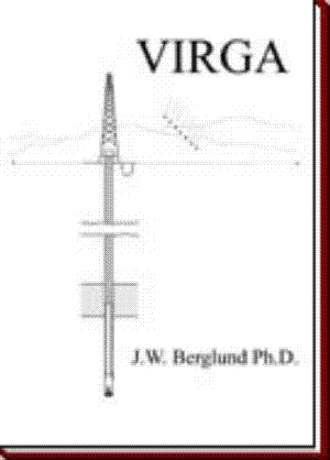 With most of the scientific studies on WIPP forced to completion, the work of university researcher Robert Castine is also coming to an end just as his marriage had 8 months before. The divorce left him with little except for a six-year-old car, a small mobile home north of Albuquerque, and a fondness for scotch whiskey. His work on the WIPP project over the past 6 years was at first thought to be trivial and uninteresting, but as chance would have it, it rose to the top in importance -- becoming critical in proving the ability of the underground salt caverns near Carlsbad to contain radioactive waste for thousands of years. The accusation that critical data generated by Castine to help certify the performance of WIPP was falsified first came in a letter to the editor, and was quickly featured in the daily newspapers. Just where and how the data was falsified was not clear, but the newspaper articles were sure to sway public opinion about the safety of WIPP and compromise the opening schedule. The delay could cost millions. The real reason to prevent the opening of WIPP is elusive and transcends the obvious eco-activist and government agency conspiracies. The true reason is found in northern Mexico where a seemingly unimportant incident briefly interrupts Castine's and his friend Eloy's road trip to Guaymas. They come upon an accident where a garbage truck has overturned and has scattered rubbish over the road. Eloy recovers an almost new pair of coveralls from the scattered trash that he keeps for himself. Only later do the two find that the coveralls contain traces of transuranic radioactive waste -- the same kind of waste destined to be placed into WIPP.

The author's background is in the sciences and he has received degrees from Cooper Union, Columbia University, and Polytechnic University. For the last 30 years he has been engaged in research, teaching and consulting, and for the last 20 worked at the University of New Mexico. Over the years he has conducted research and written scores of technical reports and scientific papers on many different scientific projects. His last research was on the WIPP project, which creates the setting for the adventure/mystery novel Virga -- his first.