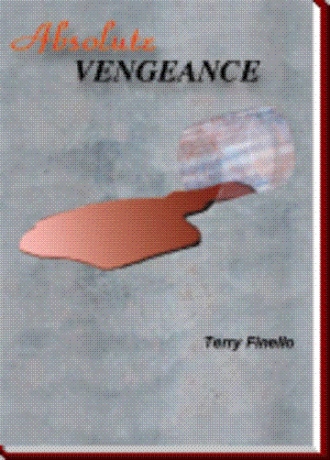 She was looking at the floor, admiring the Oriental quality of the carpeting as she entered the plush hotel room. A towel was at her head. She was trying to rub bits of hair between sections of it, in hopes of removing at least some of the moisture before climbing into bed.

'David, is this for me?' She referred to the drink on the dresser with the crushed ice in it. She knew it had to be hers, since David didn't take ice in his Amaretto. The question was really more of courtesy than anything else. It was when David didn't respond to the question that she finally took the towel away from the front of her face to look squarely into the room.

What she saw, didn't completely register at first. David was crouched diagonally across the bed lying on his right side, facing away from her. His knees seemed pulled slightly towards his chest. His left arm was bent, with only his elbow clearly visible. The right arm underneath him was extended over his head, almost as though he had been trying to reach for something. His liquor glass, which had been in that hand, now lay sideways on the bed. A small residue of the Amaretto leaving an awkward stain on the paisley print sheet.

'David?' This time her voice was showing a bit more concern, but not panic by any means. She moved closer to the figure on the bed. David was wearing just his briefs and his socks. Elaine fleetingly thought of how often he had made love to her with his socks still on. She always joked with him about the socks, comparing them to that old saying about cowboys having to die with their boots on, except David couldn't be without his socks. She knelt on the bed, near his back, and gently tugged at his left elbow, then tugging more firmly, causing David's body to roll towards her.

Intuitively, urgency filled her voice, 'David?' 'David?' 'David, please! No!' Not only was there still no response, but from the contorted expression on his face, instincts told her there would never be another response. 'Oh, David!'

Prominent real estate broker and investment councilor, David Portsmith, is found dead in the hotel room where he has just made love to his mistress, Elaine Morris. Feeling honor-bound to conceal her affair with the victim and protect his reputation, Elaine must now investigate the murder, without jeopardizing her career or her relationship with John 'Clay' Claymore. Conspiracy, intrigue and deception surround the ever-growing list of suspects.

If you are a fan of crime drama, detective stories and exceptional mysteries, where the plot twists and the characters captivate, then ABSOLUTE VENGEANCE is one book you won’t want to put down.

Terry Finello is a professional teacher of writing and has been for the past 28 years. A graduate of Murray State University, she holds both a Bachelor’s and a Master’s Degree in Communications, Psychology and Education. She has been a respected member of the faculty at three Connecticut universities, including the University of Connecticut, where she is currently employed. With experience in management, industry and education, she brings to her manuscripts a latitude of experience amplifying her capacity for originality and authenticity. Writing for local periodicals, her professional style and humor are always appreciated.