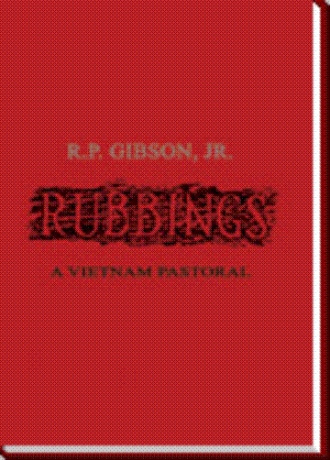 'Private, don't make the differences between a Daisy Ryder and an M16 into excuses,' said Top, anticipating the soldier's hesitation. 'Ten paces to my front. Select single fire. The weight and feel are easy adjustments...if you're as good as everyone says...well -- we'll see.'

Huston started stepping off the ten paces. He swallowed his throat dry. Anticipation compounded. Fear of a stray, stinging BB couldn't match the thought of the damage a wild, hip-shot M16 round could do. Top wasn't fooling or bluffing about this; Huston could tell the First Sergeant meant business. Seven paces. Huston resolved himself: he must reach within as he had never reached before, guide as he had never guided. So -- this was the door he had imagined. Top had opened a door alright...how foolish -- idiotically foolish -- to have believed Quick Kill would forever be a game with a child's toy. The only logical end to the training must be its application with a man-killing instrument. Plain stupid to think the true test would come with a plaything. Nine paces. Too late now. Go deep. Principle's the same. Stay with the target...let go...control by burying control...let go.

Top slowly cocked his wrist, and released the first disk out to his side. It had a lazy arc, and sailed out flat and smooth, shining full, an easy shot. Huston engaged. But the slow-flighted BB was no more; Huston failed miserably in his judgement of trajectory and windage. His new projectile was instantaneous and invisible. The rifle cracked the sharp report distinctive to the weapon, and jumped in recoil. Huston jerked back as if he had been bit, surprised and not accustomed to the sharp factors. Off guard, confused, he instinctively felt for the cocking lever. He caught himself, recovered from the old motion, and began an instant review and adjustment. A puff of dirt sprung up out in the scar where the mortars walked, and a walloping, crisp echo rang off the hills.

'See what I mean,' said Top, referring to the echo, completely ignoring the miss. The target disk bounced once on the hard pan and wobbled like a big coin rolling to rest.

Huston was baking in his outfit. The sweat stewed a maddening slow, deep, unreachable itching from underneath the flak jacket; his arms glossed with a slick coat of constant moisture. He pulled away his trigger hand long enough to steal a quick wipe across his trousers. He hoped the first target would the last -- intended only as a one-time check, or a demonstration of the fine echo. Maybe Top wanted to see for himself what Huston was made of. The steel pot was weighing heavier by the minute, and the heat was working at putting a spell on his nervous system.

The echo was softer now, but continued to float and bounce and repeat gently in the hills.

When the echo faded away, Top twisted around in the sudden silence. 'You hear somethin'?,' he asked urgently.

Huston strained in the silence. 'No, jus' the echo, Top. What is it?'

'Oh, nothin', I guess,' said Top. He held on to a portion of his concern as he again faced Huston, and stooped to secure two more targets. This time Top brought up a target in each hand. He offered them with his arms fully extended to his side. He stood staring at Huston, bearing down with icy eyes that unsettled Huston and nearly made him forget the disks. Huston's eyes broke free and darted from one target to the other. Top intended to proceed. Huston took the challenge. He was ready. He had gone to school on the initial shot; the weight and feel of the M16 entered his senses; he knew to expect the report and recoil. Still, the thought of a live-fire exercise with Top dangerously downrange hindered his usual confidence.

Top lowered his arms as if he were resting. But he was focusing his attention sideways out to the free fire zone. He acted as if he had detected something. Huston shifted his vision off the targets and out to the uprooted trees and lacerated earth. Suddenly, Top let fly the right disk, then, following close behind, he put the left in the air. Huston was caught miserably off guard. He had robbed himself of a piece of his edge. He tried to catch up, and fired. The leading disk was a slim, impossible target, but the second showed full; Huston switched to the better target. It sailed off without suffering a hit.

'Put your brain in gear, Private,' said Top harshly as he fished out two more targets. Huston was catching on: Top was going to pull every trick in the book to distract or fool him. The business about something hiding out past the perimeter stood a better than even chance of being a scam...still, firing into the vicinity could flush something. Sam Huston forced Top's distractions out of his concentration; right now all that counted were the aluminum targets. He bore down, concentrating on the spot where Top's thumb and forefinger grasped the disks. He vowed once daylight broke, the disks were dead. His eyes flashed from disk to disk. Minutes passed. Top stood motionless. Huston was feeling the effect of the heat; his breathing was all exhaust. Hot, spent breath. He blinked away the sweat crowding his eyes. Moisture from his hands ran into and degraded his grip. He held the tension, remaining deep within himself. Existence, the universe itself, consisted of two suspended aluminum disks, the round metal targets before him. Concentrating on his quarry, Sam Huston couldn't help giving in to his apprehension; he programmed in a tiny consideration for the animate threat possible from out where the mortars walked. He felt this completed his awareness; he was controlling, expanding, sustaining his sentinel trance, waiting, ready for one of three targets: two aluminum, the third, unknown.

Without telegraphing the move, Top released his grip and let both disks fall simultaneously in a straight free-fall. Huston sprung and drilled the right disk, the impact of the high-velocity bullet freezing it momentarily in mid-air. The left disk, nearly to the ground, flipped wildly as Huston's second round nicked its edge. Huston's heart pounded out congratulations. Top said nothing; he peeked behind him, checking security, then took two more four-inch disks from the ammo can.

Huston's sopping constitution was adrenalized by the taste of victory. He wanted more. Unwavering, unimpressed, Top continued. With two more targets held high, one in each hand, he swayed and jerked and pumped his arms; he turned and faked and, without a word, wrote a whole new book on Quick Kill. He twitched, tweaked and twiddled, diversionary'd and deceived. Huston's powers of concentration remained undaunted; his only gate was the shine of daylight from the point where Top held the disks. Once opened, Huston engaged. His shots did not always connect, but came whiz-bang close.

By now Top was circled in sweat, but he appeared as oblivious to the heat as he was to the lead whizzing around him. Neither man had brought a canteen. Huston thought about water, and took a pretend drink. Promptly, he rejected any further longings that could distract him and keep him off the kill. Top would soften before he would, he swore. Top was still working his arms, extending the time between targets; his procedure was slowly taking its toll on both men. Huston fought off his desire to angrily cast off the heavy steel helmet and the hot flak jacket; he was being tenderized by the gear, but sensed keeping them on was further example of his fortitude. A salty runner slalomed perfectly into his eye, and he shook his head to dilute the sting. He shook without threatening his vigil. Top was working the subtleties, tossing a disk when first lifting it from the can, or waiting -- tantalizing -- for eight, ten, twelve minutes. Sam Huston felt himself slipping, weakening from burning up concentration. His stubbornness supplied him more

Citizen soldiers navigate the experience of South Vietnam 1969. Along the way, they share the archetypal heart that all soldiers come to know...and never forget.

The author was born in Shamrock, Texas in 1944. He is a veteran of the Vietnam conflict.