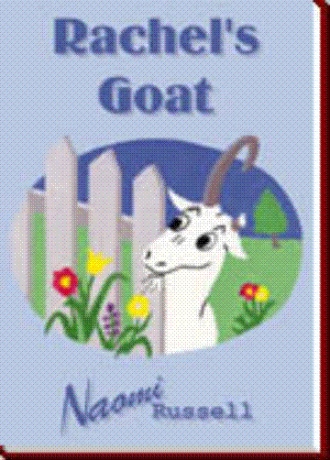 Will turned his jug up and nothing came out. 'Gotta go see Ezra,' he mumbled to himself while he gave it a toss into the bushes. He made his way toward the open doorway and was surprised to see that Daniel was still standing by the fireside. 'Obviously here to shine up to Miss Elsie,' thought Will while he flexed his muscles and with a smirk, swaggered past. Staggering over to the open doorway and leaning against the support, Will became enraged when he saw that George Rollins was dancing with Miss Elsie Jeffries!

He lunged forward and grabbed George by the shoulder, spinning him around, while Elsie went tumbling to the floor. Before George could come to his senses, Will had dragged him down the steps and out onto the dirt.

'You ain't gunna dance with my girl!' roared Will at the top of his lungs, while emitting his stench in George's face. 'I seen ya a holdin' her n' dancin'.' Will swung; George ducked.

Six foot two George, with his muscular strength, reached out and with one hand, grabbed Will by his right forearm. Bringing it around to Will's backside in a hammer lock, he rendered Will powerless. All Will could do was bellow, curse and kick, while George maintained his hold. In the scuffle to break lose, Will's boot hooked the handle of the chowder pot and he slid from George's grasp. In rapid cession, Will fell, Daniel jumped and chowder flew.

The fire was hissing steam when Daniel reached down and helped Will to his feet. The instant Will was upright, he recognized Daniel, swung with a hard right and nailed him in the right eye. Daniel was stunned but managed to land with his back against the outer wall of the building.

Swaying from side to side and with a smirk of satisfaction, Will stepped back, looking for his next opponent. Not realizing that he had stepped in the chowder, he slid off balance, hit the ground with a thud and the wind was momentarily knocked out of him.

It didn't take James long to be at his brother's side. 'Are you hurt?' he asked.

'Looks like I got a button ripped off my coat, otherwise, I'm fine,' he answered, rearranging his clothing.

Shane and Rachel heard the commotion and the people had already gathered by the time they got to the doorway. 'I only got a glimpse, Pet. Who is this young chap, anyway?' he asked.

'I can't see, Shane. Let's get a little closer,' she said, while they weaved themselves through the crowd.

'Will Thompson!' cried out Rachel.

'You know this chap?'

'He's our neighbor's son, Shane. They live two miles to the east of us.'

Will was beginning to get his breath back and looked up. 'Oh please, missus Phillips, that chowder is so slippery,' he wailed. 'Every time I try 'n git up, I slide back down.'

One whiff and Shane instantly knew the whole story. 'Boys!' he called out and it was but a moment and George and James arrived at their father's side, while Daniel, fearful that his mother might see him, stood in the shadow, against the wall. 'Young man, where's your buggy?' roared Shane.

Rachel's Goat is the story of how a woman survives after the loss of her husband, and how she copes with the annoyance of an over zealous and fanatically religious son. Daniel becomes a thorn in the side of all family members; however, it is when he attends The Institute that the professor in the music department straightens him out.

Rachel's Goat is a heart-warming, tearjerker, that you will be unable to put down.

Naomi Russell was born in the Dalles, Oregon in 1922. She was raised in Portland, where she spent her grade school years. During her high school years, she lived in Yamhill and Newberg. Naomi knew that she liked to write as early as the second grade, but didn't take it seriously until age seventy. With the help of her daughter, who taught her how to use the computer, she advanced from the typewriter and found time to become creative. Please enjoy!