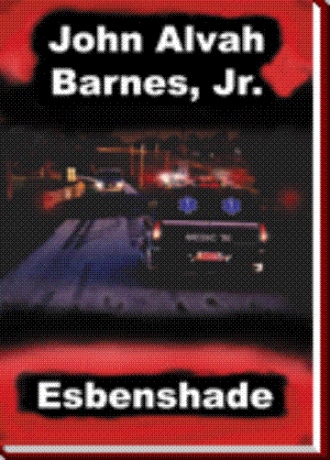 We had no trouble finding the accident scene. The rescue people already on scene had a quarter of a mile stretch of Route 57 closed, and there were as many emergency vehicles there as I had ever seen in one place at one time.

Esbenshade Fire Company ran red trucks and Longview Fire Company ran yellow trucks, and they were both represented on the scene. There were two fire engines, a heavy rescue unit, a traffic control unit, and four state police cars, in addition to Longview's ambulance. The reflections of all of those emergency lights and flares against the fog gave the whole area a very eerie appearance.

'Radio, Medic 76 is on location,' I informed Fireboard, as I wondered to myself just what the hell we were rolling into. '76, okay,' the dispatcher acknowledged.

There were several fire-policemen directing traffic with lighted wands, and they waved us through. We stopped and retrieved our CT or cardiac/trauma bag, a defibrillator/monitor, and an O2 (Oxygen) and intubation kit from the back of the unit and headed for the center of activity. We could see a mini-van turned partially sideways in the road, with a rather large, ominous dent in the left front just before the driver's door. The girl was lying face down across the road just in front of the van, and several young teenage girls stood nearby crying, seemingly near hysteria. A middle-aged woman, probably from one of the houses nearby, stood with them trying to console them.

Someone had placed a blanket over the girl in the road, and an EMT that I had seen around a few times, named John, squatted at her head securing her C-spine, holding her head so that it didn't move and possibly cause more damage than had already been done. He already had a cervical collar in place, but it was still necessary for him to hold her head. I approached the crying girls briefly, addressing the first one that I came to.

'Are you her friend?' I asked softly, and the girl nodded. 'What's her name?'

'S..Sally. I..Is she going to be okay?' the girl asked between her tears. 'We're going to do everything that we can,' I assured her, and went and knelt by the patient. Sam was already checking her over. I leaned down by her left ear. 'Sally?' No response. 'Sally?!' I called louder. Still no response.

'She's breathing, Jay, but it's raspy and unsteady, and her pulse is weak.' 'Let's get her turned over,' I said. One of the firemen had a backboard out, and he quickly put it into place beside the patient. I looked at John to make sure that we were working simultaneously. 'You ready, John?' I asked him. 'Yeah,' he responded.

'Keep her neck straight now,' I coached. 'I've got it.' He was a young guy, early twenties, with a very determined look on his face. There were many helping hands surrounding me without being asked. 'Okay, on three. One, two, three.' The girl was rolled smoothly onto the board, and I got my first good look at her face. She was a pretty girl, even though her complexion was pale and pasty enough to worry me. She had a nasty looking gash over her right eye, and the skin around it was bruised and discolored.

'Let's get her strapped down,' I said unnecessarily, for the rescue workers already had the straps out and were moving to put them into place. Sam was helping with her head when she looked at me with an expression that I knew all too well.

'Jay, she's stopped breathing, and there's no pulse.' Now we had the sort of situation that I get nightmares about. We had a possible cervical injury which meant that if we did CPR it was possible that she could wind up paralyzed; however, if we didn't, there was no doubt about the fact that she would die.

As Sam placed an oropharyngeal airway in her mouth I grabbed her shirt and ripped it open, then I took the pair of scissors from my belt and cut the front of her bra.

It makes me shake with revulsion even now just to think about it, certainly not revulsion at the young girl, but revulsion at the circumstances. The delicate pink undergarment, the small, white breasts, barely formed, above the cold, black asphalt, the blood seeping from an abrasion on her forehead. I know that in the back of my mind I was thinking of my daughter, but at the time I had a job to do and this kid was not going to die if I could possibly help it! 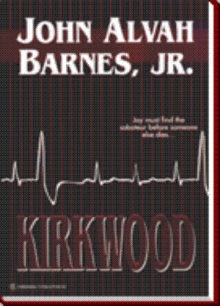 'My partner, Sam, gave a sort of surprised gasp as she was shoved into my chest, pinning me against the side of the ambulance. She was a small woman, barely five feet tall, weighing no more than about a hundred pounds, but the force exerted by our suddenly combative patient was more than enough to send my six foot frame reeling. I managed to get a hold of her shoulders as she was shoved backwards, and move my head to the side so that I took the impact of her head in my shoulder and not my face, but we were momentarily winded, both from the physical pounding and the surprise. We had both been around long enough to know not to be too surprised by anything, however, and we both dove for the stretcher simultaneously, trying to gain a purchase on our patient.

I quickly moved around, positioning myself to the right of the patient just behind him, and grabbed for his right arm. For a moment it looked like we were finally getting things under control. He was sitting up, but Sam had his left arm and I had his right and he didn't seem to be able to break loose. Then his eyes rolled up until all we saw were the whites, and he collapsed onto the stretcher.'

Their patient, a twenty-seven-year-old male, has gone into full cardiac arrest, and we follow paramedic partners Jay Barlow and Samantha Williams, working their 'code', to the hospital and into the ER trauma room where the patient finally dies. There is no clear-cut reason for such a death in such a young man until the hospital pathologist discovers a baseball-sized tumor in the man's brain. This is deemed a very rare and unfortunate situation until Jay learns that the man's neighbor died of exactly the same thing two years before. As the story progresses more and more local people become afflicted with tumors, cancer and birth defects-far above the average for such a small community.

Jay races to find out why this is happening, enlisting the help of his friends, family, and colleagues while along the way he must still deal with the demands of being a husband, father, and a paramedic. Who is killing the community and why?

When the horrible truth is revealed, Jay rushes to find the killers and convince the town that they are victims of a very real and deadly plot, a plot made even more frightening because it is based on a true story.

Embarked on a career in emergency medicine specifically to gather information, fueling his creative drive to write with the gamut of experiences that naturally ensued. His second mystery novel, Esbenshade, Chronicles the essence of this unique occupation as he has come to respect it over the last three years. Its sequel, Esbenshade EMT, is currently in the making.

Prior to this John worked as a bio-medical electronic technician, (maintaining EKG and other medical machines), for seven years. His first mystery novel, Kirkwood, draws on the experiences of this earlier period.

He lives in rural Pennsylvania with his wife and two sons.