by Danny B. Lamont 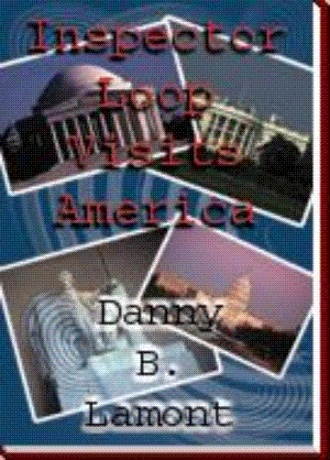 The Director looked at his watch as Ulnar and Geoffrey were discussing his safety. 'Inspector. Mr. Cambridge,' he interrupted, 'because of the time, would you do me the honor of joining me for lunch?'

The other two exchanged looks with one another. Then Ulnar said, 'We'd be delighted to.'

The three of them left Dickinson's office, and after a brief word from the Director to Special Agent Adams, they continued through the outer office. They turned left in the hallway and walked to the elevators. They took one down to the cafeteria. Upon entering the cafeteria, they went back to an area reserved for the Director, his immediate assistants, and his distinguished guests. The three of them went directly to a small buffet that had been set up.

Charles chose a small salad because of his diet. Ulnar and Geoff both took a meat dish along with a small salad, as these items looked to be halfway edible.

'Hmm, for a change the government cooks put out some food that is somewhat fit for consumption,' the Director mumbled.

Geoff agreed for the two of them, by making a polite noise, with Charles. There was not much conversation while they ate, except to remark on the beautiful view that was available from this side of the building. Small talk consisted of how Geoffrey was enjoying his tour of duty as a liaison officer at the embassy for law enforcement agencies; also, they discussed some of the other cases that Ulnar handled when he was with Scotland Yard.

While this was going on, a tall, slim man, who was starting to lose his hair, came scurrying over to their table. He was the Special Assistant Director of the FBI, Melvin A. Noma, whose main job was to not only oversee the training schools at the FBI Academy at Quantico, Virginia, but to act as a special trouble shooter for Director Dickinson. However, this time he had just recently returned from a trip to the Pearl Harbor Naval Base located in Oahu. The reason for this particular bit of trouble shooting was to check on an ongoing investigation of a highly placed naval person who was suspected of spying for a far eastern country.

Melvin had just finished dictating his report to his boss when he received a phone call from the Boston Field office. According to the Special Agent in Charge (SAC), the 1st Bank of Boston and the Paul Revere Bank had been robbed at gun point. He also told Melvin that a fax was being sent on the newspaper report of the crime.

Melvin stopped by the Director's right side. Dickinson looked up at him, smiled, and said, 'Gentlemen, this is my right hand man, Special Assistant Director Melvin Noma. Mel, this is Inspector Ulnar Loop, formerly of New Scotland Yard and his assistant, Geoffrey Cambridge.'

'Gentlemen,' he said while shaking their hands. Then, turning to the Director, 'Charles, could I have a few minutes of your time?'

'Certainly; please excuse me for a few minutes, gentlemen.'

'Of course,' said the Inspector.

The two men walked through the cafeteria, out into the hallway, and then to a conference room that was nearby. There, in privacy, Agent Noma delivered his report from Boston. 'Charles, there've been two more bank robberies up there.'

'When did they happen?'

'Day before yesterday. Normally, we'd have had a report on it at the end of the month from our field office up there. But the agent in charge, Bill Williams, decided to send it early, along with this small news clipping.' He handed the fax of the news clipping over to the FBI Director and continued with his report as Charles studied it. 'Bill's been working real close with the Boston P.D. on this.

So far there have been six of these robberies. Hitting two banks on the same day though, that's a first. And it's the first time that the perps have hit in Boston. All the others have been in the surrounding towns. You know, the small branch banks, the ones that forget to put film in their cameras, or even have the cameras on.'

'Did they all go down the same way?'

'No, the others had the people in stocking masks. This one had them with overcoats, hats and sunglasses. They handed notes to the tellers.'

'Then how'd you know they're the same bunch?'

'Bill was going through all the reports at the time and saw that in the other cases the men had accents when speaking English. But, to talk with each other, they'd switch to another. One of the clerks believes that it was Gaelic.

'She's married into an Irish family and heard something that sounded like it once at a family reunion a few years back.'

'Okay, then, where's the connection?'

'The same was done at one of the banks this time. Men with what appeared to be Irish accents and spoke in a strange language to each other.'

'Except for the pump shotguns, and you know a lot of these mutts use those, there's nothing, Charles. But Bill's getting a full report together, including copies of all the police reports and all of his people's reports.'

Inspector Loop visits America is the first in a series of books involving Inspector Ulnar Lewis Loop, the foremost authority in the Science of Fingerprints.
The Inspector's quiet life as a retired fingerprint and crime scene specialist at New Scotland Yard comes to a sudden end as he is ordered by his government to go to the United States and study the Federal Bureau of Investigation's new fingerprint super computer located in West Virginia.

At his first stop in Washington, D.C. while visiting with the Director of the FBI, his orders are changed and he is thrust into the mystery of several bank robberies that have happened in and around Boston, Massachusetts. During his trip to that city, he learns of a ruthless plot by unknown persons to end his life.

At his final destination of Smaller Wormwood, Massachusetts, he meets some very professional forensic specialists, who, with some assistance by the Inspector, come up with some very surprising methods in the processing of latent print evidence.

The reader, through the words and eyes of the characters, will meet some interesting people, learn how fingerprint comparisons are really made, and other aspects of this forensic science. It is all told with some tongue in cheek humor without the use of sex, foul language, or violence.

Danny Lamont is currently working towards his twenty-seventh year in the Science of Fingerprints. He has also been a member of the International Association for Identification since 1983.
He started his career at the Federal Bureau of Investigation as a Fingerprint Examiner in 1972 and was employed by them for ten years. During that time, he classified, searched, identified, and located inked fingerprint cards. Mr. Lamont was also a Cabinet Instructor in fingerprint training for several Student Groups.

For the past sixteen years, he has been a Latent Print Examiner. Besides teaching new Fingerprint Technicians, training law enforcement personnel in the processing of latent evidence at crime scenes using powder, and taking inked fingerprints, he also wrote the lesson plans for each of these classes.

And because of Mr. Lamont's work with children at two local schools doing a career day talk and demonstration in the Science of Fingerprints, he has also developed a coloring book featuring nine copyrighted fingerprint people to help young children better understand the different fingerprint patterns.

He lives with his wife in Alabama.