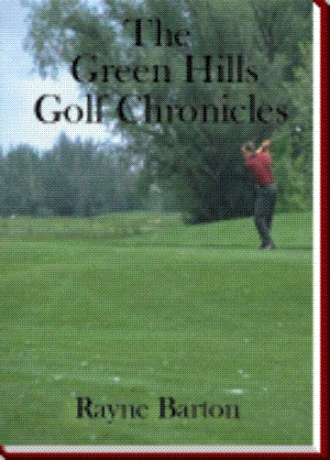 'Sydney my love, my precious, my one and only!' exclaimed Stella as she dropped to her lovely knees. Her perfumed blonde tresses cascaded over Sydney's face as she cradled his head in her arms.

Sydney's dreams turned soft red velvet. He wished he would never wake again, so sweetly was he sleeping.

But presently he did. 'There, there,' soothed Stella, 'now just take it easy, take it easy. You've got your Stella to take care of you now. What have you been doing these three days without her? Poor duck, I'll wager it hasn't gone all that well for you. What on earth were you doing out here, anyway?'

'Well, looks as if you found one at least. But that's not the recommended way to do it, love, with the old noggin. Looks like you're going to have a royal goose egg on your forehead. You just don't look too good in general. Tell Stella what else has happened to you.'

'Don't worry about him, I gave him his walking papers and sent him on his way. Tell me true, now, what happened to you?'

'Close by the first tee.'

'What part of the jolly BODY, my golden oldie? Maybe I could pluck out the stings for you.'

Stella was tenderly rubbing the rising knot on his forehead even as she talked.

A kind of Mona Lisa smile now playing around his lips, Sydney said weakly, 'It's not important. Not now, after the snake bite...'

'A VIPER! But how incredibly awful! Where?'

'But Sydney, listen to me, there's no time to lose. Maybe I can apply a tourniquet and suck out the venom.'

'It would be ...' another enigmatic attempt at a smile fleeted across Sydney's pale face...'difficult. It happened yesterday. Not to worry overmuch. The doctor assures me that the reptile's bite is rarely fatal if treated in time.'

'Quien sabe, as they say in Spanish. Que sera, sera. Time will tell.' There was now a look of totally tranquil resignation on Sydney's face.

At that moment a golf cart veered over towards the two.

'Problem?' asked the man, leaning sideways out of the cart. 'Say, aren't you that English girl who won the ladies' Club Championship nine or ten years back?'

Suddenly, someone wanted his scalp.

Why, Fox Lyon had no idea.

But he had been the Head Golf Professional in Residence at the lush and wealthy Green Hills Golf Club for thirty years.

And he was not about to go gently into the golfing night someone had secretly prescribed for him.

Let the Board of Directors say what they would now that they had him here in the dock of judgment. The golf chronicles of thirty years would say something different and would speak silently for him.

There was the Case of the Underachieving Millionaire...the Short Happy Slice of Ernest Hemmingway...the story of the Wizard of Odds...Alan Brilliant, the young man Fox had cured of the dreaded Albert Schweitzer Syndrome...and what happened when the Devil himself paid a surprise visit to Green Hills...

Then there was, among many others, the story of how Doctor Georgidis' famous experiment with golfing simians had gone awry in a way no one could ever have imagined...what happened to the man who knew everything about the golf swing...and Vance Jackson's strange experience in his quest for the ultimate golf secret.

But Fox needed more than that to save his sacred tenure at Green Hills. He needed the cavalry to arrive in force and with bugles blaring charge...

Author Rayne Barton refuses to say anything at all about his life, other than that too many days of it have been spent on golf courses.

Too many, and at the same time, not enough...never enough.