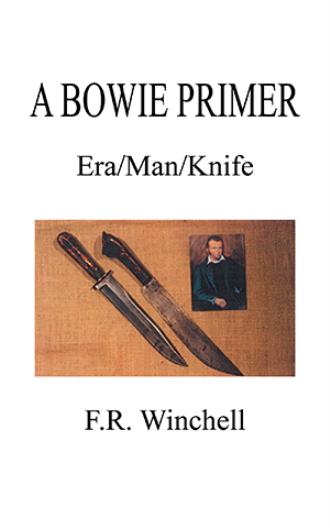 James Bowie: 1796-1836. Forty years: four decades; a lifetime. The same four decades remain unparalleled in the life of our country. One cannot quite comprehend the life and lifestyle of Jim Bowie and his contemporaries without at least some cursory knowledge of the events swirling about them.

By 1800, thousands of people had begun streaming across the Allegheny Mountains, settling as far as the eastern bank of the Mississippi River which was the western boundary of the United States. Kentucky became a state in 1792 and Tennessee in 1796. These new 'western' states, and others, were jumping off places for the push further west.

As new settlers moved into the virgin western lands, access to eastern markets for farm produce and products of their making was virtually nonexistent. The few primitive roads were completely inadequate for moving bulk material. Therefore, the rivers became the highways of commerce for moving products to New Orleans and thence to the eastern states and abroad. The river traffic was vital to the western farmers, hunters, and trappers. A practical solution for transport to market, available to any hardy individual, was the flatboat. It was basically a raft with a covered shed inboard. There was a walkway around the covered area, and the raft was steered with a great-long sweep oar at the stern. Oars on the sides and the bow were used for maneuvering. Flatboats were called arks, Kentucky boats, or New Orleans boats, and simply drifted downstream. The side sweeps were used only to guide it away from obstacles. Because the side sweeps projected outwards, flatboats were frequently called broad horns. They ranged from twenty to sixty feet long, and from ten to twenty feet wide.

There were men who made their business floating flatboats to market. Sometimes the farmer himself, with helpers, would build a flatboat, load it with produce (pumpkins, livestock, flour, rope, whiskey, lead, furs) emanating from along the great river roads and their tributary streams, and float it to market in New Orleans or Natchez. In the early years of the nineteenth century, Thomas Lincoln journeyed down the rivers on such a venture and then hurried home via the Natchez Trace to Kentucky to marry his sweetheart, Nancy Harris. Years later their son Abraham, at age nineteen, made a similar one-thousand mile trip down the river. For the rest of his life he bore a scar received while defending his flatboat's cargo from ruffians intent on stealing it. It was a journey fraught with danger! Added to the hazards of navigation--rapids, snags, fog, storm, and channel changes--there was the presence of river pirates and unsavory characters ready to waylay, murder, and steal. One deception used by pirates to lure unsuspecting boatmen to shore was to have a man on shore shouting his distress and imploring the river men to come to his aid, only to permit pirate compatriots hidden nearby to ambush the boatmen. Another ruse was to pose as legitimate storekeepers or suppliers to prompt the flatboatmen to stop. The well-meaning flatboatmen would subsequently be murdered and their boat and cargo stolen, to be sent downriver with the illegitimate new owners. Two such thieves were the terrible Harpes. Micajah Harpe and his brother Wiley--big and little Harpe--engaged in such nefarious deeds and have been recorded in history as robbers and murderers.

This is for the knife collector, person interested in early nineteenth century history, Bowie fan, or casual reader. The book contains a lot of information, in one place, on Jim Bowie himself, his era, and the famous knife.

This work is compact, informative, and fun reading, with illustrations.

F. R. Winchell has had a lifelong interest in firearms and edged weapons, and has collected antique guns and knives for over half a century. After service in the army Air Force in WWII, Mr. Winchell graduated from Carroll College with a B.A. in English.

Retired from the insurance business, with more time to pursue his hobby, he perceived a need for some ready facts about the legendary Jim Bowie and his knife. A BOWIE PRIMER satisfies that need by eliminating the search for information on Bowie's life and times, bit by bit, from many sources. The volume should be stimulating to the knife collector and history buff alike.

Winchell is married, with three adult children and three grandchildren. He lives with his wife in Waukesha, Wisconsin.