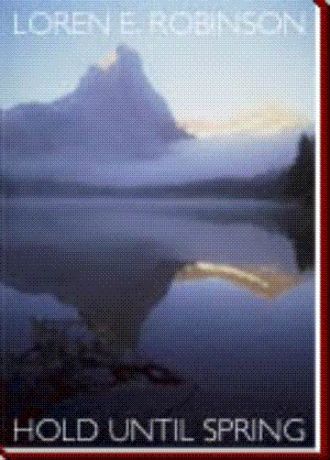 Mark gathered his demolition team. 'How much time do you need before we open up?'

'We'll have to circle upstream,' the sergeant whispered. 'Looks like most of the Japanese are close to the bridge. It's pretty dark now. The moon just passed behind those clouds. Hope it stays there. Give us fifteen minutes to get to the river and another fifteen to float downstream and set the charges, and get out of there.'

'Okay. In thirty minutes we'll fire the flares and open up. Put your charges in the middle of the bridge. We'll take care of this end with mortars.'

The demolition team left as Mark checked his watch. He positioned his men, giving each particular instructions, praying his demolition group wouldn't be discovered. Thank goodness there wasn't a full moon. He watched the spot-light swing back and forth across the bridge, and whispered to Randy and Norman. 'Do you think you can hit that light?'

'No problem, 'Randy answered. 'Shot deer farther away than that.'

'If you hear a lot of fast Japanese talk, and that light concentrates on one spot, shoot the damn thing out,' Mark instructed.

'Major, you forgot something,' Norman said. 'I can understand Japanese. I'll know if they spot our men.'

Mark smiled and patted him on the shoulder. 'You're right, Norman. I don't know what I'd do without you.'

He looked at his watch again. Fifteen minutes. They must be in the river by now. Twenty minutes. They should be setting their charges. The spot-light is still scanning, a low chatter of soldiers talking. Okay so far. Twenty-five minutes, twenty-six, twenty-seven.

'Pass the word,' Mark whispered. 'When I fire the flare, start shooting.' Twenty-eight, twenty-nine. Mark fired the flare that lit up the east end of the bridge. The excited soldiers jumped to their feet as a fusillade of machine gun, grenades, mortars, and rifle fire followed. Over half the soldiers fell with the first onslaught. The remainder quickly took cover, shooting blindly towards the source of the fire.

Suddenly the bridge blew up, scattering debris and pontoon supports into the swift current. The demolition team should be down stream near the shore, Mark thought. As soon as they reach the horses I'll signal the men back, and ride up the trail.

From several locations along the river bank, deadly Japanese machine gun fire sprayed the area from where the firing was coming. The guerrillas lay close to the ground behind rocks, logs, or anything that would give cover. Two rebels were hit. Mark heard a whistle coming from where the horses were tied. It was time to move back. He yelled at his men, 'Back boys! To the horses!'

As Randy and Norman finished firing, they crawled back to the trees. Norman stood up too soon and a burst from a Japanese machine gun brought him down. Randy saw him fall and rushed to his aid. 'Norm! Get up! Please get up!' He rolled his friend over. Bullets had entered his back and his chest was a mass of blood and flesh. A hand grabbed Randy by the arm.

'I can't leave him, Gene. He's my friend.' Randy pulled his arm free to return to Norman's side. That was the last he remembered. Unconsciousness came suddenly. 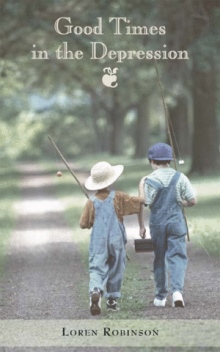 Hold Until Spring is the order Major Mark Collins' guerrilla unit received to hold the Japanese advance in the mountains of Idaho and Montana until relieved.

The story is based on the assumption Japan had captured the Hawaiian Islands after Pearl Harbor, then attacked the poorly defended West Coast. Many of the descriptions in this story are true, based on U.S. Army Air Force historical books, U.S. Military Installations in 1939-40, Veterans of Foreign Wars World War II Memorial Edition and the World Book Encyclopedia. Oregon was bombed. The description of the attack at Hamilton and March Fields, the destruction of the air depot at Sacramento, the landing of troops on the California Coast and destruction of aircraft factories, follows a command post exercise drawn up in 1939 by the U.S. Fourth Army to test the West Coast defenses. A military report to Congress, indicating the poor defense conditions of the West Coast, went unheeded because it was believed the Pacific Ocean was the best deterrent.

The movement of Japanese forces and their strategy, after the invasion, is a composite version by present day military historians at Fairchild Air Force Base in Spokane, Washington. The cities mentioned are true except for Peace River, which is a fictional town in the path of the Japanese advance. However, it is based on an actual town with a population of 900, which lies along the river on the highway from Spokane to Clark Fork.

Loren Robinson has had a variety of experiences to draw on for his stories. He served as a gunner on a navy dive-bomber in World War II, became a professional forester, logger, sawmill owner and businessman. He spent time as an athletic coach and a sports writer.

He tried retirement, didn't like it, and turned to volunteer service helping young troubled adults learn to read and write.

Loren lives with his wife in Spokane, Washington and takes vacation trips to visits his children in Texas and California. On these trips, he studies the land and scenery for settings on future stories.