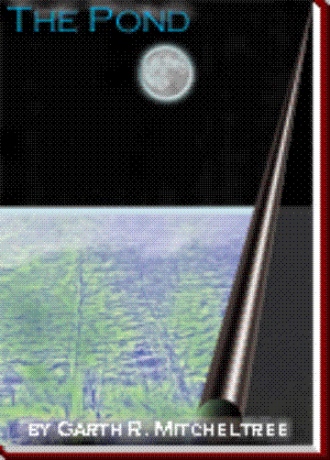 Chuck's thoughts went back some months before their troubles started, when he and Lori were happy, when life was good and living was easy, before their first falling out. After they made up, Chuck was certain their problems were behind them, that Lori was his forever. He was wrong.

Arriving at Lori's home on Friday night at the normal time, he expected his steady girl of sixteen months, his fiancee for the last two, to greet him at the door, as usual. Instead, her mother met him with apologies. 'I'm sorry Chuck, Lori isn't home,' she explained. She left yesterday with Randy Morgan, and hasn't come home yet. I just can't imagine what she could be doing.'

Lori's mother continued on as if she had not heard, and perhaps she did not, or did not want to hear. 'It's a good thing her father doesn't know Lori's been out all night,' she finished.

Even though Lori was of legal age to do as she pleased, her father didn't see things quite the same as his daughter. And if he had known who she was with, that would have made things even worse.

'Thank you for telling me, Mrs. Weber. Maybe I'm just not good enough for her anymore,' Chuck said.

'Oh don't think that, Chuck. I'm sure she'll come to her senses.'

'I think it's too late for that. This isn't the first time,' Chuck mumbled half under his breath as he climbed on his Sportster, kicking it savagely to life. His heart felt like a clump of lead, and there was a knot in the pit of his stomach.

Not sure where to go or what to do, he sat on the idling motorcycle for a time, trying to clear his head of some of the confusion going round and round in his brain. Having no definite destination in mind, Chuck headed in the direction of the normal Friday night hangout, where all the kids from town gathered on weekends to party, and as long as things did not get out of hand no one ever bothered them.

As Chuck left, Lori's mother felt a tear trickle from her eye. She had an idea what he was going through. She and her husband really liked Chuck. They had started thinking of him as family even before the engagement was announced. Now, she knew things would never be the same.

The glow of the huge silver moon flickering through the few open places between the trees seemed to throw fire from the chromed spokes and pieces of his engine. Everything on the engine that was not chrome was painted black for better thermal efficiency. At the moment, though, Chuck was not interested in thermal efficiency. His girl, no, his fiancee, had done it to him again but for the last time, he vowed. It could not have hurt any worse if she had left him standing at the altar, or plunged a knife into his gut. Tears filled his eyes as he thought of her. Rage then momentarily replaced the pain in his heart. But the rage was soon gone, the gut-wrenching pain returning.

A love triangle between Chuck, Lori and Brenda is cast aside when a pond, turned convenient dumping ground for a greedy factory owner's radioactive pollution, becomes a living entity that infects humans, destroying and reforming their bodies. The ultimate goal of the entity becomes clear--take over the earth.

Chuck uses his intellect, strength, and imagination to save the endangered trio as well as the world.  The tentacular grasps of these diabolical freaks have the ability to instantly convert normal humans into one of their own.

Winding in and out of horror and fear, bravery and generosity, youthful lust, and competition, this timely sci-fi mystery provides the chills and grimaces that are the mainstay of every science fiction/horror reader.

Growing up in a small town in Wisconsin, I have had wanderlust as long as I can remember, occasionally even being called a gypsy. Having had such a hard time settling down in one place probably dictated my entering the construction field, working primarily as a pipefitter and boilermaker. I continued to follow the construction work from state to state, living alone more often than not.

Fortunately, reading has always been my favorite entertainment; as long as I had a book, I was content. My first non-school books were almost exclusively science-fiction; however, I occasionally read other genres as well. I very seldom bought a book strictly because of the author's name, although I admire the masters of the field. Asimov's books will never be forgotten by any science-fiction fan. He may be the only one mentioned here, but there are many others.

One thing I have learned after reading thousands of books though, the name on the cover was not a guarantee of an interesting book. I have read books by little known authors that were equally as good as those of renown. After reading some books that were not so good and having acquired a computer, I decided to try my hand, and imagination, at writing. I have by this time though, semi-settled in Las Vegas, with my wife and two cats.