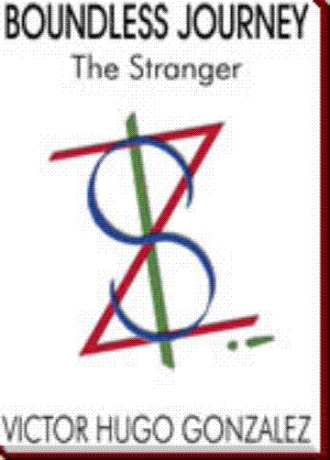 I was sitting under the shade of an orange tree in the back yard of the house, when a bundle of thoughts hit me all at once. I had wasted a big chunk of my life chasing rainbows, which became more elusive by the day. My dream, instead of turning into a concrete possibility, became more abstract, more obscure all the time. I had wasted my resources, both material and spiritual, I had squandered my health, whatever good health I had, in an unnecessary series of adventures. I had played with the laws of sanity themselves.

Now, a few threads of grey appeared over my temples, I realized I was no longer very young, and I had not accomplished anything significant before my own eyes, since I didn't care for anyone else's opinion on the matter. But I had nothiÆ where.' I knew she could not be more than 16 years old, but instead of feeling intimidated by her young age, I rather thought of the fact that I had never made love to a girl of such young age. I did not stay on driving in the direction of my hotel, I didn't think it wise to take her there. She knew I was not intimidated by her age, I made a complete turn and drove towards Beverly Hills, we left the strip behind us as Sunset turned darker and darker, then I asked her her name, 'Marcia.' She answered without interest. I pulled off at something that looked like either a private street, or a very long driveway. I parked the car and turned the engine and the beams off. Then, I reached for Marcia's lips with mine. They touched, but she didn't have an emotional response, her lips were tense and cold, I withdrew my lips away from hers, turned on the ignition, made a left on Sunset and drove back to the strip. I held her hand in mine as I drove, but there was no conversation at all. I took her back to the same corner where I had picked her up. When I stopped the car I told her, 'go talk to your boyfriend.' She squeezed my hand tight, got out of the car, just before I left I turned my head to see her, she smiled and waved good bye. I thought to myself, 'I have never been with a women against her own will.' Finally, I drove back to my hotel.

Hollywood 3. I walked out of the hotel for my last night in Hollywood. It was about 10:30 p.m. and it was a cool night, ideal for a stroll after dinner, as I was walking, about 15 paces behind me another man also strolled slowly, quietly, enjoying a cigarette. I was walking slower than him, so very soon, we were walking side by side. He greeted me: 'Nice evening for a walk, isn't it?' 'I know,' I said, 'it's a crime to be enclosed by four walls on a night like this.' As he pulled a pack of cigarettes out of his pocket, the man said, 'Australian cigarettes, want one?' 'Sure.' I said, and took one and lit it up myself, but right away I wondered about how uncommon was to meet a man as nice and open as this in the place I was. We kept on walking side by side from there on and he asked me, 'are you from around here?' I hesitated to respond at first, but I said, 'you can say that, but now, I'm staying at the Hyatt hotel for a couple of days.' Then, he inquired, 'are you just taking a walk, or are you going some place?' I told him in an embarrassed tone, 'I paid for my hotel stay in advance, but as far as it goes, I'm broke. I spent all the cash I brought with me and no one wants to honor my checks, anywhere. I think it has something to do with my bank's charter or something like that. I went to several banks in Hollywood to try and get my checks cashed, but they all rejected them. So right now, I'm just taking a walk, but if I had it my way, I would be walking straight into that place right across the street.' I pointed at the exact location with my index finer. 'That's strange,' said the man, 'I just arrived here from Australia and a friend of mine told me about this place. In fact, that's where I'm going now. You are invited to come, I'll take care of the drinks.' Somehow, I couldn't help being suspicious of the man, he was just being too nice to me, without even knowing me. But I reflected, that if I had wanted safety and security, I should have stayed in my hotel room, watching television. After an obvious hesitation, I told him, 'yes, I accept, thanks. Are you Australian?' He said, 'yes, of course.'

An easy, relaxed, semi-indifferent atmosphere pervaded in the place. At first, we sat the bar but later, my new found friend and I moved to a table in a good location, a few fine ladies scattered here and there decorated the area, but soon, more and more people began to shower in. The conversation between my new found friend and myself didn't reach beyond weather level. The music wasn't too loud, and to add to the relative elegance of the locale, now numerous young women lighted up the place with their

Alberto dreams of writing a book about his own, real adventures. Soon he forgets all about his dream. Four years later, he causes an involuntary disturbance at the Playboy Club in Los Angeles, where he acquires a nickname, 'the stranger.' Gossip about him reaches beyond the club's walls. Rock songs about a mysterious stranger soon start playing on the radio. Alberto thinks about the book he wanted to write and decides to take his own challenge. He has to lead a double life -- with a double identity -- but develops an alter ego. The stranger takes control over Alberto and makes a name in rock music. After 14 years of songs about the stranger, Alberto annuls the stranger to write his book.

I was born in Mexico and lived there until I was 15. I attended a Catholic school there for nine years until I moved to Los Angeles in 1969 and entered high school. In 1972, I entered a community college. I worked part-time while at school. In 1976 I was awarded a scholarship from a private college. I got my BA degree in 1979. I have worked in teaching, in translation and in real estate. Presently, I dedicate a great portion of my time to writing.