by Gerald A. White 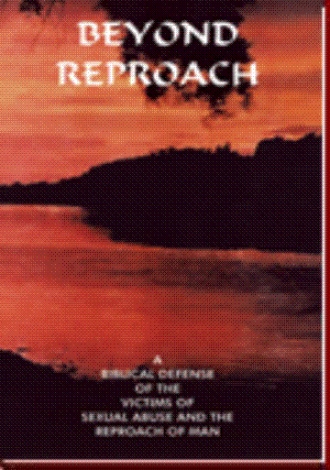 We are introduced to the whole biblical concept of reproach in this moving account of the rape of Jacob's daughter Dinah. In this story we learn the inexorable connection between the violence of criminal sexual assault and the Reproach of Man.

Examining our text for what it reveals, we can note the  following:

Dinah was entirely innocent of wrong doing. If she was guilty of anything it was a tragic under-estimation of the violence of the culture she was setting out to visit. Prudence and caution did not go with her. In short, she was setting herself up for disaster.

As much as Dinah was innocent, Shechem was guilty. Today we legally describe rape as 'unwanted sexual penetration, however slight', a criminal assault which is a felony offense in most states. Conviction can earn the offender a considerable length of time in prison. We must notice however that not only Shechem, but also his father Hamor (which name means 'ass') as well as their Hivite (Hitite/Canaanite) community were also implicated in the assault. Hamor offered only support for what his son had done and now wanted. Apparently such behavior was quite normative in their town. Women could be used and abused at will with no consideration given to any higher moral ethic.

Hamor's offer itself is very interesting and deserves careful consideration because it helps to give us a framework whereby we can better understand the deceitful tactics of the sons of Jacob. Hamor in effect offered an international trade agreement with Jacob, the condition being intermarriage:

'...Intermarry with us; give your daughters to us, and take our daughters for yourselves. Thus you shall live with us, and the land shall be open before you; live and trade in it, and acquire property in it.' (vs 9 & 10)

Hamor's true intention however is revealed in vs 23, that is, absorption of the tiny nation of Israel. 'Will not their livestock and their property and all their animals be ours?.' (vs 23)

'This book should be put in the hands of every convicted sex offender in the state with the requirement that he write a book report for the court.' --Dick Froshiesar, former Idaho state director, Promise Keepers

You have definitely seen something in scripture that needs brought to the attention of the Church. In addition, you have taken... a new and useful approach to this subject: You not only focus on the pain of the abused, but on the responsibility of the abusers. What is novel about your approach is that abusers today are given almost the same sympathy as their victims; in addition, we have lost our outrage. You have given voice to that outrage.' Jim Spencer, author of Beyond Mormonism: An Elder's Story

'This timely and much-needed message will appeal to victims of abuse as well as to those who love them.' J.M. Koberlein, editor

Gerald A. White (1946- ) is pastor of Stronghold Christian Ministries in Boise, Idaho. He holds a B.A. from the University of Illinois, a M.Div. from McCormick Theological Seminary in Chicago and formerly was ordained in the United Presbyterian Church.