The Making of The Millenium 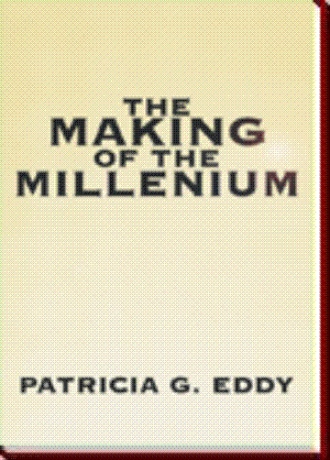 The idea of Armageddon is based on the idea that gods will help fight their worshipers' battles and is probably as old as religion itself. The name Armageddon is first used in the Book of Revelation in the New Testament, but for thousands of years before that, it was closely associated with the idea of holy war that was endemic throughout the ancient Near East.

With Hollywood's assistance, the holy war myth of the ancient world has been brought to life in modern times with legions of minimally clad warriors filling the screen, confidently waving spears and urging their horses forward behind the banners of their gods. Movies such as Spartacus, Cleopatra, Julius Caesar, the Egyptian, and the Odyssey still fill the late night movie channels. With the help of special effects, the warriors perform all the proper religious sacrifices and ceremonies to dramatically demonstrate their belief that their gods will help fight their war. And that, minus the specialeffects, is exactly the way it was in the ancient world.

However, with monotheism a new wrinkle to the myth was added. With an only-god, the situation was reversed -- now worshipers must fight the deity's war. (1) Mankind owed a debt to a monotheistic god. He was not only credited for creating the world for humanity but for looking after his worshippers welfare as well. The basic idea of men fighting a god's war came from Zoroastrianism of ancient Persia, but in the Bible, the idea was refined. War itself became holy, and it became mankind's duty to God to wage his battles. This was a task that the ancient Israelites took up with much enthusiasm according to the Books of Judges and First Samuel. Of course most any war, no matter how self serving, became God's war which the Israelite tribes had a duty to fight.

How did the notion of a holy war come about? A good place to start looking for the answer to this question is with the people who seemed to be closest to the deity. They not only believed that they received messages from their god, but acted as his spokesman as well. These were the prophets of the ancient world. For instance, they warned of impending wars, and if unheeded, provided advice for the ensuing battle. God's spokesmen were indispensable in all phases of battle: pre-war precautions, mid-battle heavenly rescues, and post-war kingly gratitude.

The prophets did not restrict themselves to warfare; any disaster would do. But in Biblical accounts, the man-made calamity was more frequent than the naturally occurring variety. Prophets were as politically astute as they were theologically aware; they could see warfare coming in time to point out the many wrong doings of man that must desist in order to avoid the onslaught. Since the rate of sinning never slackened, the foreign invasions, which would have occurred even if the entire citizenry attained sainthood enmasse could always be blamed on the unrepentant masses.

Warnings to mankind of upcoming disasters have been regularly provided by prophets since Moses cautioned Egypt's Pharaoh of impending plagues. In that case, avoiding the pestilence required releasing the Israelites. But Pharaoh was unmoved by Moses' threatened scourges: a blood-filled Nile, ravenous frogs, and gnawing gnats.

The Israelites, on the other hand, were impressed enough to follow Moses through the wilderness on a forty-year trek to the promised land. Prophets are almost as popular now as they were some 4000 years ago, and they are never so much in demand as when they are predicting disaster. Such books as Future Shock, The Late Great Planet Earth, and more recently, The Coming Plague frequent the New York Times best seller list.

The modern demand for books heralding new, horrific, and as yet untold calamities is a result of modern minds having been primed for prophecy. The Biblical free-lance advisors and their ancient messages of doom have passed into the realm of myth, a supernatural domain from where they still exert their beguiling power, especially about ruminations of holy war and Armageddon.

The ancient prophets have achieved mythic stature. They have become towering, mystical images dominating that rarefied realm in our minds normally reserved for the modern, self-proclaimed expert. We imagine prophets as solitary figures, keeping lonely vigil, with robes blowing in the wilderness wind. We can almost hear their oracles warning a recalcitrant people of the demon-ridden crags along the road of life. The premonition mystique is fueled by the idea that prophets obtained their information directly from God, (1) an assumption fostered as much by modern media pundits as by their ancient counterparts.

Elijah, Jeremiah, Isaiah, and John the Baptist typify the heroes of the Bible's prophecy myths that fill the Western mind. They often wrote of God's terrible punishment for the sins of the people of Israel and Judah. God's punishment consisted of everything from scorched earth, to dead babies, to the onslaught of wars from foreign nations. Of course, drought was not uncommon in the biblical world, neither was a high death rate among infants, and just about anyone with an army walked all over the small Jewish state.

The Making of the Millennium tells the story of one of the most powerful myths that has ever motivated Western peoples. This is the ancient story in the Bible that describes a horrific end of the world followed for a few survivors by a new golden age called the Millennium. This book describes how the Bible's myth has managed to keep its luster for over three thousand years while other myths have faded away. It also describes how the refurbishment techniques that are found in the 'new' interpretations have kept the Bible's end-time myth alive and active in people's imaginations. The book analyses how the frequent and creative interpretations of the Bible's myth have fueled ancient and modern suicidal cults, as well as ancient and modern militias.

This book highlights how the Bible contains several versions of the deity's comments on the world's end and traces the end-time myths through Egypt, the ancient Middle East, and to Persia where fast paced myth making created several exciting renditions before they found their way into the Scriptures. This book explains how imaginative new readings of the Bible's end-time myths have all too frequently burst forth from church, mosque and synagogue to cause problems everywhere from China, the Pacific Islands, to Africa.

The Making of the Millennium  also recounts the end of the world's impact on American history. This includes how the Puritan belief that England would be the target of the apocalypse drove them to these shores, a place they believed to be a last refuge provided by God. This book describes how the notion of God's refuge helped inspire the American Revolution, helped open up the American West, and nearly destroyed America's native peoples. This book brings the idea of the end-time refuge up to date. It is currently fueling the citizen militias in the US who believe that the UN is violating their sacred land. A situation that their stockpiled weaponry is intended to fix.

Recently new myths about the planet's ultimate condition have been emerging from the mists of New Age hot tubs. The Making of the Millennium describes how the predominate forms of New Age mythology are anti end-of-the-world. There are many varieties of New Agers and their numbers are out pacing the numbers of Christians in the US, and the New Age anti end-time myths have become the wave of the future.

The story of the end of the world is completely told in the following chapters:

Patricia Eddy has written two other books, 'Who Tampered With the Bible' and 'Rescuing Jesus from the Gospels', both published by James C. Winston. She is a retired intelligence analyst who spent most of her career during the Cold War facing a nuclear Armageddon on a daily basis. She worked with real time satellite data to determine the valid from bogus threats of foreign missile launches. After 20 fast-paced years in the government and the aerospace industry, she gave it up and enrolled in a seminary at the Graduate Theological Union, U.C. Berkeley.

Ms. Eddy received her MA in Theology from the Dominican School of Philosophy and Theology in 1996, and became a member of the International Society for Contemporary Legend Research in order to keep abreast of the modern myth making that is so essential to evaluate the future of the Bible's end-time mythology. In spite of the 'end' of the cold war, Ms. Eddy never lost her interest in Armageddon and the apocalyptic demise of the world, and all her research in graduate school was on this subject. The Making of the Millennium represents the summation of her seminary inquiries with the Dominican fathers, plus her work in ancient and modern mythology.

Ms. Eddy's years of analyzing intelligence data have provided her with a unique perception that enlivens her books by exposing hidden patterns, breaks in trends, and attempts to conceal material. Her training and experience also help expose the logical inconsistencies caused by competing ideologies in source materials. Her investigative talent allows her to explore previously unnoticed facets and bring to life intriguing information overlooked by other authors.