The Campaign of Joe Sullivan 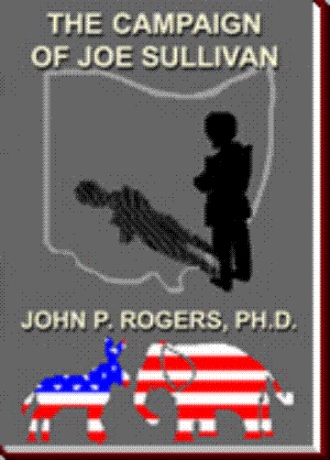 'My goodness, has it been that long? Time sure flies. What were you, thirty years over there? Know how you got that job Vince?'

'I sure do. When you were a Congressman you made a couple of calls. If it wasn't for you, I wouldn't have gotten it.'

'You did not mind asking a pig shit Irish bastard for help, did you Vince?' the Senator barked.

'Oh Senator, please I didn't mean any offense,' Vince begged as he put both hands up.

'Vince, I heard you as I came in. I stopped over 'cause when I went over to see my kid sister, she said that her husband and son were down here at Headquarters. I didn't realize what it was all about. Then I come through the door and hear a man who I helped get a job years ago and that he has kept all his life insulting my family! I understand your son's even working there isn't he?'

'Now all of a sudden you're calling my brother-in-law and nephew Irish scum? That doesn't make a whole lot of sense to me Vince. See, if you insult them, you insult me 'cuz they're my family and I'm Irish.' Senator Murphy slammed his fist on the table in front of Vince and got in his face. 'Look you little guinea, don't try to act the wise guy with me. You wops are something else. I remember when my father was in the Fifth District Police Department. One of these wise guys acted up, up on Murray Hill you know? He did the Italian march with him, right down the hill. Ya' know what that was?'

'That's when a cop would take his billy club out and stick it right up the diego's ass. That's how my dad dealt with wise guys.' Murphy retorted. 'Now Vince, what I heard was that you asked Joe if he wants to run for Congress against this blue blood shmuck who I beat twenty-two years ago, Nigel Drake, for God's sake. You want to give him $25,000 to get beaten up in public on an 'if come', that if Tony gets elected Joey might get a job in the Department of Education. Is that the deal?'

'Vince, you know it's gonna take at least $200,000 for this race. You know, some people are spending a million bucks on a congressional race. If you want Drake to spend money, especially coming out of the Republican Central Committee, we can get him to spend three or four hundred thousand without a problem. So let me tell you, Vince, what the deal is.'

At that, Vince Marconi looked at him very suspiciously.

Murphy continued, 'Joey here is going to run for Congress, that's true. You, Tony, and 'Democrats for Garofoli for Governor' are going to advance him $100,000 for his campaign. Stanley, the Party's going to come up with the other $100,000.'

With that, Senator Murphy raised his hand, 'Stanley, don't argue with me. You're up for re-election as Chairman of the Party. If you want to stay in that position, that's what you're gonna do, or at the next Democratic Central Committee you're going to be in serious trouble with me. Oh, and by the way Vince, we want a written letter from our future Governor, Mr. Garofoli that there is a written commitment to hire Joseph here for the Superintendent of Education for the State of Ohio. That's the deal. Capish?'

What is it about scandals in the midst of political campaigns that makes for headline news?

The reader will find that this is not a typical political campaign or a typical marriage. Joe is helped throughout the campaign by his family and his uncle, the retired US Senator Frank Murphy. Frank's savvy and political cronies do everything to help Joe. But it is Joe's grandmother, Agnus Murphy, that adds the motivating factor.

The reader should appreciate the political maneuvering that occurs in this congressional campaign with the national issues in the background. The important issue is not in just winning or losing, but evaluating individuals like Sullivan and Drake's function in our political system.

The Campaign of Joe Sullivan is a story that takes place in Cleveland, Ohio in 1976. While the country is still trying to heal from Watergate, a school teacher named Joe Sullivan is asked to run for Congress against a strong incumbent, Nigel Drake. The Democratic Party gives Sullivan little chance of winning. As a matter of fact, they didn't even put up a candidate against Drake in 1974 because even in the midst of the Watergate scandal, Drake's polls showed him to be unbeatable. However, this year the Democratic candidate for Governor has decided he wanted the Republicans to spend money and to assure a large Democratic turnout in Cleveland.

This story also revolves around the relationship between Joe Sullivan, an Irish Catholic, and his wife, Judith, who came from a wealthy Jewish family. Their relationship in the midst of religious prejudice from in-laws and the pressure of the campaign is vital to this story. Judith tries to support Joe in his campaign, but is disappointed with his lack of drive. Her relationship with her father is also an unresolved issue that Judith must deal with.

The campaign polls indicate Joe has little chance of winning. As Joe begins to show some gains, Drake slaps him down with political tricks just before the election.

Win or lose, Joe Sullivan has been changed by this campaign. Judith has also been changed with better insight into her husband. Circumstances also develop to bring her into personal contact with her father. Their interaction is emotional and one that greatly impacts how they see each other.

John P. Rogers, Ph.D is a gentleman who is from Cleveland, Ohio and grew up following Cleveland politics. In 1974, he ran for the Ohio State Senate. It is from this experience that he decided to write The Campaign of Joe Sullivan.

John has earned his MBA from Xavier University in Cincinnati, Ohio. He has worked as a hospital administrator and a college professor. John has written and published nine articles on health care after writing his dissertation on health care management. He has been moved to write this novel after continuing to be active in Ohio politics for the last twenty years.