My Fight to Survive 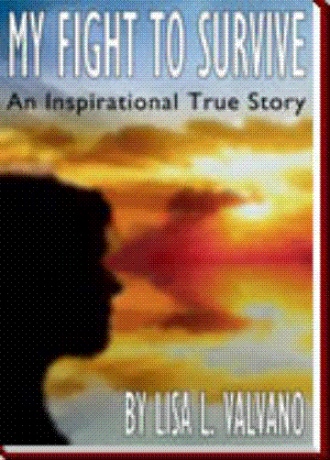 The evening was progressing nicely, and we were all having fun. Debbie spent most of her time on the ski slope, while the rest of us stayed primarily on the hill designated for sledding and tobogganing. At approximately ten P.M. that night, my mom decided we all had enough and it was time to go home. Everyone else was tired but I wanted to go down the slope one more time. My sister agreed to take me. Debbie and I walked up the hill for the last time. When we reached the top, there were still plenty of people in the park, and there had not yet been any sign of closing.

The two of us started down the slope on our toboggan, but when we were about one third of the way down, the lights flickered off and on. The public address system had been out of order, and this was managements way of indicating that it was time for people to leave. Surprised by the momentary darkness, we screamed frantically at the people on the hill to move out of our way. We then slid on a patch of ice, veered, and crashed into a split rail fence. Debbie and I were both knocked off our toboggan, and since I was sitting at the front of it, I slammed in to the fence with full force, and my neck snapped.

While waiting at the bottom of the hill, my mom was beginning to wonder what happened. Then she heard Debbie utter a very week cry for help, and immediately became fearful. She began screaming, and my brother instantly ran for help. Soon a crowd of people gathered to see what was wrong. By the time anyone reached me, my skin had already turned as blue as a pair of jeans. An evening of fun was turning into a night of horror.

Fortunately, one of the individuals who had arrived on the scene was a ski instructor employed by the park. He had been preparing to leave when he received our frantic call for help, and he rushed to my side. Ironically, he had just completed an intensive course to recertify himself in first aid. He began administering mouth to mouth resuscitation on the spot. At the same time, a rescue squad was summoned, and spectators were told to clear the way.

When the ambulance finally arrived, it did not contain an oxygen tank or any other life saving equipment. Apparently, the person who had called for emergency services had neglected to mention the severity of the accident which had taken place. Because of this, the ski instructor rode to the hospital with me so that he could repeat the C P R procedure if necessary, and it was, because my heart stopped four more times. Debbie and I were rushed to St. Peter's Medical Center in New Brunswick, New Jersey.

We all travel many roads on our journeys through life, some are smooth and some are rocky. At times, we wonder where the roads are leading. We feel lost and have doubts we will ever reach our destiny. Yet, no matter how many obstacles are placed in our paths, we somehow find the courage to keep going.

In my autobiography, I have taken a tragic event and tried to use it to spread a message of hope. My story is unique because I am the only person on record to ever survive my type of broken neck. I have been as open and honest as possible, sharing my thoughts and my coping strategies. My story will make you laugh and cry, but most of all, it will show you that devastating events can be overcome. It is my hope that you will read my book, and that you will come away with a feeling of peace and a sense of wonder.

A graduate of Seton Hall University, I have written many poems and a few children's books. I have been published in the National Library of Poetry, the Farmers' Almanac, and the local newspaper. Currently, I live in New Jersey with my parents.