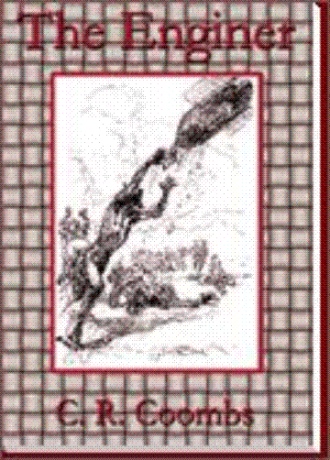 The Assassination had been bad enough, but the worst began when the first drone came from nowhere to meet Air Force One with the President of the United States on board, as the airplane took off and before she could gain enough speed to outstrip the drone.

The drone was large, as drones go: about forty feet long, with a wingspan of maybe ninety feet. It was large enough to carry plenty of fuel and plenty of bang. It had a single turbojet mounted amidships clear above the fuselage. The wings were unswept, much like a gliders wings. The engine looked large for the plane, but not so large as to limit its range unduly. It appeared to be made of fiberglass, or perhaps some other stealthy composite. It could hug the terrain at very low altitude. This had enabled it to approach the airfield undetected, except by some eyeball observers on the ground who either thought it was a UN jet, or simply didnt know to whom it should be reported.

The drone had a voice. Nasal, flat, mechanical, chilling. It moved to a position just above and to the left of the pilot, to whom it communicated its computerized message.

'Steady as she goes, Air Force One,' it said. 'Level off and hold your course and airspeed.'

'I am a drone. I am loaded with enough high explosives and armor-piercing shrapnel to bring your aircraft and its cargo down. My computer controlled surveillance and motion detection systems react within microseconds. I am programmed to remain within fifty yards of your aircraft. If you make it difficult for me to do so, my payload will detonate. If that happens, there will be no survivors.'

'Do you understand, Air Force One? Answer ‘yes or ‘no.'

Lieutenant Colonel Tyrone Addison, who would later be accused of receiving considerable money for the story, said, 'Yes.'

'Good. Say, ‘repeat, if you want me to repeat these or any subsequent instructions. Acknowledge all other communications with me with ‘yes or ‘no as before. Say ‘repeat three times now to allow me to train to your voice.'

'Good. Do not attempt any other communication unless told to do so. Remember that I am unmanned and cannot converse with you. I am not in contact with anyone except you. My preprogrammed instructions are all that I am capable of transmitting to you. The only words of yours that I can understand are ‘yes, ‘no, and ‘repeat. I am not capable of caring whether you live or die. I am incapable of emotion. To survive, you must do exactly as instructed. Do you understand?'

'Good,' the drone said. Addison sent his co-pilot back to inform the President. As he explained on the Breakfast Show some days later, he wanted to be sure there wasnt any variation in his course and speed, even with the autopilot. He was hoping hard that they wouldnt hit any turbulence. He was scared, too, that one of his crew might do something precipitate. When he asked them not to, he spoke as calmly and quietly as he could.

Theresa Funderbunk had a problem. Almost alone in the White House, she had answered the phone. An eerie, mechanical voice at the other end had given her instructions.

'Listen carefully,' the voice had said. 'I will not repeat this message.'

The voice paused as Theresa picked up a pencil. She was good at shorthand, and there was always a legal pad by the phone, even though calls to that telephone were always recorded.

'Your President is being held hostage aboard Air Force One. His aircraft will not communicate with you. These are your instructions, which you must follow exactly if you wish to save your chief executives life.'

'Yes?' Theresa was trying to determine whether or not she was talking to a human.

'Yes,' Theresa said. She did not pause in her shorthand recording.

'You will locate the appropriate authorities and inform them of this call. Your instructions will be to place fifty million dollars in cash in a standard footlocker, and to place the money in an aircraft which will meet them at a private airfield two miles south of Jonesboro, Arkansas. They are to be at the airfield by twenty hundred hours this evening. The aircraft will arrive before midnight. They will wait for it. Any deviation from these instructions, however slight, and your President dies. If they follow the pickup craft, he dies. If they track the craft on radar or by laser, he dies. If they take any action whatever that could be interpreted as an attempt to interfere with this operation or as noncompliance with instructions, he dies. Do you understand?'

'Have you recorded this conversation on an electronic medium, or have you faithfully written it down, so that the people with whom you communicate will understand precisely what is required?'

'For 'tis the sport to see the enginer
Hoist on his own petar.'
--William Shakespeare, Hamlet

Do you sincerely want to be great?
Do you care who gets hurt?
Do you have a flair for things that fly and go bang?
You may have a future in America.

C.R. Coombs is a computer technologist, author and inventor with a master's degree in English.

Coombs resides in Oklahoma City, seven miles from the site of the Alfred Murrah Federal Building.