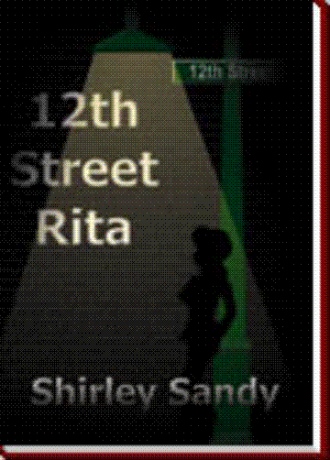 Jim and Barbara stayed away from me, for fear of what might happen to them. I had no allies. It had been decided by Buck and Jean that I was bad. I no longer cried when getting my punishment, I showed neither fear or remorse for my behavior, I was defiant and VERY angry. Buck said it was his duty as my guardian to break me, he couldn't let me continue with my attitude. He started to repeat over and over while punching and kicking me, 'Cry toughie! Why don't you cry? I'll show you whose tough!'

All the while lashing out, punching, knocking me down and KICKING, KICKING, KICKING while I pulled myself into the fetal position and tried to protect my head. Cry? I thought, let him beat me to death, I'll never cry. Is it tears he wants to see? Never from these eyes!

During one such beating, Jim began to cry. Suddenly he leaped on Buck's back, throwing his arms around Buck's neck, hanging on, with tears streaming down his face as Buck kicked at me laying on the floor.

Everything stopped, all that could be heard was Jim's sobbing, 'I can't stand it anymore!' Jean spoke up, 'Buck I think you better take Shirley upstairs, these other children don't need to see this, it upsets them.'

Buck took me upstairs after that, and the beating took on a new viciousness, now there were no witnesses, it had become a private ritual between the two of us. As he beat me now, I saw a look come into his eyes, a look I would never forget, a look I'd never seen before, a look I didn't identify until many years later- - a look that said this man was in ecstasy.

Buck enjoyed every punch, kick and taunt he gave me. He was glad Jim had jumped on his back, now he could really get down to business. He liked it when I didn't cry, it was more exciting that way. I wouldn't cry, my anger wouldn't let me, and he'd beat me until he was tired; satisfied until the next time.

It was during this time Buck became impotent and could no longer perform his marital duty to his wife. After being upstairs with me, he was too tired and sexually drained to be with anyone. I fulfilled all his fantasies.

He never told Jean about his pleasure, but she sensed that his impotence had to do with me. Jean became resentful, calling me names and accusing me of things I'd never heard of before, much less done them.

'You little slut,' Jean would start in after I got home from school, 'What took you so long? You're 10 minutes late! You were probably letting some boy feel you up! Buck! Come here, I think we should take Shirley to the doctor and have her checked out for disease. She didn't come right home after school and there's no telling what this little slut's been doing!'

Buck turned and looked at me, a cigarette dangling from his mouth, a sneer on his lips. 'What have I told you about not coming right home from school? I guess you'll never learn - - I get tired of doing this,' that gleam comes into his eyes, Abut it's my duty as your guardian to see you're brought up right!' He says this as he walks behind me, headed for the stairs.

'Buck! Don't be too hard on her.' We hear Jean call as we climb the stairs. I had just turned 13.

In the late 60's and early 70's I was a well-known prostitute in Kansas City, Missouri. But this isn't the story of the Mayflower Madam or Hollywood's Heidi Fleiss. This is not about the rich and powerful. It is a true story about an everyday prostitute.

I've titled the story '12th Street Rita' because Rita was my 'street name' and 12th Street was where I worked. I have written the story in three parts. Part I, 'Journey to 12th Street' begins at age 11 when my parents died and my brother, sister and I were sent to live with abusive relatives. Part II, 'The Life' is about prostitution in Kansas City in the 60's and 70's. Part III, 'The Awakening' is just that, coming out of a dream world and facing reality. The story ends at age 26.

Over the years, I'd thought about writing this story, but didn't have time. I was a single mother trying to make ends meet after my prostitution career ended. As the years went by, I married and acquired in-laws I worried about. I didn't want them to know about my past. Then the grandchildren came and I said I'd never write the story.

Almost three years ago I had open-heart surgery. I almost died several times, but I survived when everyone had given up hope. At that time, I realized I wanted to tell my story, because it too is a story of survival.

The book contains profanity, but I couldn't be true to the story without it. This is a fast-paced, hard-hitting story, not for children, and not for those offended by adult language or sex.

Shirley Sandy lives in Kansas City with her husband, four dogs and 10 cats. She considers her home Paradise, an oasis of love in the middle of the city.