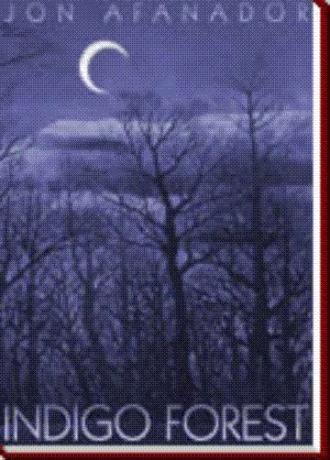 They interrupted him from his twilight rooting. Now lacerated and bleeding down both flanks, the wild boar raced above Birch Trail through the tangled undergrowth of the hedgerows. Birch Trail had no birches, mostly blackthorns, hawthorns, and privet, but it had always been called that. A stranger relying on its name to guide him would surely be lost. On this trail that skirted the hedges, Canada thistle was in bloom; its flowers were the same hue as the final amethyst gleam of sunset that was shadowing down to a cold ashy darkness. Steeply above Birch Trail but below the hedges was a worn pathway. On it, hunters followed behind but parallel to the old boar's escape plan. They heard grunts mingled with clipped leaves but couldn't yet see him. Again and again the quick thorns slouched to rake the pig's bristled back. Nettles sent up stinging hairs to scrape his belly; a cluster of bindweed nearly tripped him. Instead, the white vine-like flowers formed a noose around his shoulders and snout so that he might continue his flight from the determined sanguinary pursuers. The almond scent of his garland kept the hounds in close range. His last chances at freedom were slipping away.

Curious, but bindweed only creeps in a counter clockwise direction within the hedgerow. Any other vegetation in that precise location would have curled out and away without creating an obstacle to the escapee.

Through a gap in the brambles, Floyd Baxter, one of the hunters, spotted a flash of reddish chocolate trailed by a string of white flowers. 'We've got him this time!' he screamed excitedly to his sons, 'I think he's caught up.'The hedgerows had a limited number of openings and the hunters knew many of them. They could almost anticipate the boar's final maneuver. Their guess was correct. The boar darted out in front of them. Baxter aimed quickly and squeezed the trigger of his Maniilicher-Steyr.

The impact of the slug spun the hog aside. He skidded backwards on his rear hoofs and, stopping, fell to his haunches. His dark red, pointed ears twitched; his head wobbled in the direction of his tormentors as his front joints folded and collapsed. His black eyes slowly revolved to scan them. In all his life he had never been this close to humans but if all the suffering and grief of humanity could be seen through the eyes of an animal, this was surely the moment.

A groove formed on top of his flank where the bullet sliced through his coarse flesh. Brown and red bristles feathered over the opening, casting a small tube on his back with blood emptying out on both sides and spattering the white stones underneath him. His vitality was nearly spent as he twisted his neck sideways and listened to the human footsteps crunching over the riverbed rock.

As he gazed at the killers, they became a white to slate-gray spectrum, opening and closing, appearing and disappearing, and then stop-motion. The dizzied animal heard excited screams echoing out from the darkening shades of colors. The hunters danced and floated in front of him as the light was dimming from his clever eyes.

When they spiraled closer, one of them was laughing. The hog whimpered as he kept hearing their pale colors. He raised his muzzle skyward and bellowed as if to say: 'This will be the very time of my death.' Then, from the grayness of image and sound came the smell of bloodthirsty man, a vivid noxious scent. He pivoted and ran.

Dazed but sneaking past death, his hoofs made no false moves. He scrambled across ditch and field, crossed the road that has no name until he reached an upward slope. Heaving and climbing up from his horizonless domain, the confused creature approached the steps of an old school.

The setting for Indigo Forest is a remote locale called Hedgerow Parish, where the prominent geographical feature is the omnipresence of massive hedgerows. These hedgerows have a multiplicity of functions: enclosures, aesthetics, personal privacies, and the preservation of myths and legends. When the protaganist enters this interzonal, contradictory world to do some amateur historical research, he finds his encounter with this isolated yet compellingly attractive landscape and its inhabitants both alluring and disquieting. The conflict and tension line of the plot occur as the protaganist tries to unravel and separate numerous strands of appearance and reality.

Indigo Forest is based on a principle the author calls 'illusionistic-realism,' where ordinary occurrences appear to be mystical, and unusual events are very often demystified by the commonplace. Sometimes phenomena continue unexplained when the receptive and sensitive intellect of the outsider confronts a majestic yet impassive environment, consistently in contrast to his expectations. Comprehending nature is an obvious key to the plight of the stranger, but nature has her methods of concealing her own true definition.

Born in the farmlands of Tipton County, Indiana, Jon Afanador graduated with a degree in philosophy from Indiana University. He completed a Master of Arts degree at Valparaiso University and has lived in Lowell, Indiana, for the last several years.

Indigo Forest is his first novel.