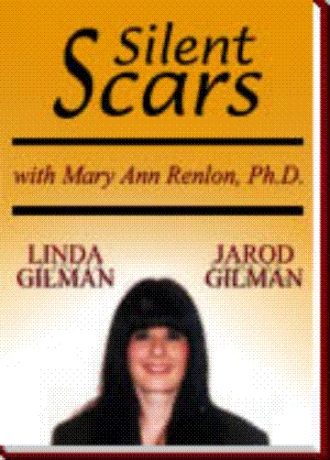 I bolted up in bed.  The sun was streaming through the blinds.  I looked out the window. The pin oaks were beginning to change color.  It would be a warm, lazy day in late August of 1988--a day to forget the emotional storms that were chasing me even as I slept.  But the force of the dream woke me.

I had dreamt that I was watching TV in the sunken fireplace pit of my living room when all of a sudden my parents opened the door to our home and burst into the room.  They yelled, 'You've got to help us carry things in from the car!'  I didn't want to.  I wanted to stay in the peaceful calm of my living room.  As my mother stepped forward, I noticed that her hands were tied behind her back.  Now it was my turn to yell.

'Why did you tie her up like that?'  My father opened his mouth, started to scream at me and, then, dropped flat on his face.  He had died of a heart attack.

Quickly I ran to the kitchen, got a knife, and cut the ropes on my mother's hands.  I never did bring in the things from the car.

When I went downstairs to tell my husband Chuck about my dream, he listened patiently.  Then, he turned back to his tasks.  I could tell that he didn't give the dream too much importance.  'Chuck, don't take this lightly,' I admonished him.  'The dream scared me!'

'Look, Honey, you haven't been able to sleep well lately.  I'm not too surprised that you had a disturbing dream.'

What did I expect?  I reminded myself that Chuck is a mathematical genius.  His mother told me that he was a child prodigy in math.  His family always had everything organized and under control.  Of course, his logical mind would not allow him to identify with dreams and what they might mean.

Still, I could not shake the effects of that dream.  Why had it come to me?  My father was in good health, so what could it mean?  Mom and Dad were enjoying their retirement.  'It must be my nerves,' I thought to myself.

I started my afternoon exercises.  When I exercise, I often work out my problems.  I was just finishing when I received a phone call from Sandy.  Sandy, the director of my eldest son Jarod's youth group, had struck up a friendly relationship with me.  She called to tell me when our next youth group meeting would be, and she was about to hang up when I blurted, 'Sandy, I had a terrible dream.'  Without giving her time to reply, I launched into my dream.  Sandy, who is a considerate person, treated my story with respect.  I concluded by telling her that I just needed to tell somebody.

Although my father and I hadn't spoken for three months, I felt I had to call him.  Despite my difficulty in communicating with him, I truly loved him, and I was genuinely worried about him.  What if the dream came true?  What if he died and I had the guilt of not speaking to him?

I knew his phone number by heart.  'Hi, it's Linda.  So...how are you doing?'  I could tell by the sound of his voice that he was surprised to hear from me.

I couldn't blame him for being abrupt.  After all, I usually had only a few words to say to him, a carry-over from my teen years when I had done my very best to avoid him.

Now he was really surprised.  'You're lucky you got me.  I just came in from walking Maggie.'  Maggie was the name he had given to the dog I had found years ago, abandoned and in desperate need of a home.  Why my father agreed to take in this mangy-looking mutt, I will never know--but he did.

'How is Maggie--spoiled as ever?'

He chuckled and said, 'I'm so glad you found Maggie and brought her to us.  We really love her.'

'Yes, I know.  Is she still sleeping with you and Mom?'

I was happy to hear the ease in his voice--a quality I had missed during my growing years when he had toiled as a pharmacist from sun up to sun down in our family drug store.

'How's your golf game?'  I asked, trying to extend myself beyond my usual, 'Hi, Dad, how-are-you-is mother-there' routine.

'Fine.  I went out Saturday morning and beat Harry by ten strokes.  Was he mad!  Harry hates to lose.'

'You'd better be careful...maybe he won't go with you next time.'

Dad laughed.  'He's got no choice.  Harry's got no one else.  His regular golf partner died last spring.'  It was a pleasant, unhurried conversation.  Dad was using his theatrical voice--the one he used when he played Tevya in Fiddler on the Roof at the Community Center Theater.

Saying goodbye, I felt satisfied.  'There, I guess that the dream had me worried for nothing,' I assured myself.  Dad was fine.

Exactly one week later on August 30, 1988, I received an urgent phone call from my parents' neighbor who happened to be a nurse.  She informed me that my father had suffered a heart attack.  She said that she had called an ambulance and that my father had been taken immediately to Our Lady of Lourdes Hospital.

Chuck and I were ready in minutes.  We hurried to the car.  As we pulled out of the driveway, I turned to Chuck and said, 'My father is dead.'  It was something I instinctively knew.  I was glad my husband's sports car was fast because I knew how important it was for us to get to the hospital quickly.

When we arrived, we went straight to the waiting room.  My mother looked very strained.  My brother Larry was attempting to comfort her, explaining to us that she was on the verge of hysteria.  He told me not to ask her too many questions as she was in shock.  Larry then told us how my father had died.

Linda Gilman is a survivor. We all experience tests of our physical and mental strength, but Linda's unique series of traumas haunted her until they drove her to the brink of insanity. For four long months, Linda would face horrors of her dysfunctional childhood family while coming to terms with an unexpected and unwanted psychic gift that frightened her. 'Why me?' she often thought.  What is so special about Linda Gilman?

Silent Scars is the true story of Linda Gilman's personal and psychic transformation. Through a divine intervention, Linda experienced major psychic dreams that warned her of impending disasters (including the death of her father one week before it happened), a breakdown or breakthrough over her unresolved childhood pain, a memory from another lifetime that played out in this lifetime, forgiveness of a dead parent and a clairsentient ability to use words that are well beyond her comprehension to help her to understand someone's emotional state. Before she was to break through her pain and fears, Linda also had a near death experience where, although she is Jewish and did not believe in Jesus as our savior, she left her body and he came and spoke to her.

Today, Linda has found new levels of happiness as she has learned to accept her psychic gift and incorporate it into her life. Linda spent several years writing her book, 'Silent Scars', because she believes her story should be shared.

P.S. An Interactive Book...
If you read my story,
And learn what I can do,
A free e-mail psychic question,
Will be answered for you.

Linda Gilman is best described as passionate, spirited, kind, intelligent, funny, courageous and interesting. She has two grown sons, who love her very dearly and a wonderful marriage of 30 years. Linda is an adviser to her husband in the family business and frequently travels around the country with him on business trips. Once a recluse, Linda now thoroughly enjoys meeting new people, both famous and not-so-famous, and revels at the chance to promote her book, 'Silent Scars.'

Linda would appreciate any comments you may have about her book and may be reached at the following e-mail address: SilentScar@aol.com.