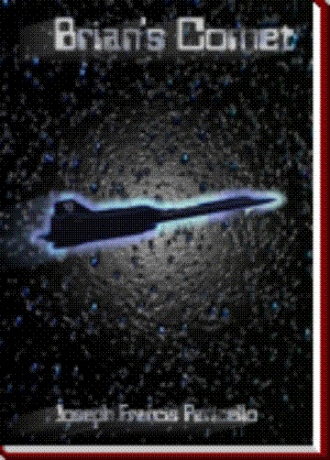 Brian's Comet is a fictitious airplane that was created in this novel to provide a void that is apparently missing in today's military arsenal. As a result of the cold war subsiding the Pentagon was motivated to down size American defenses. The aircraft, as depicted here, may just be a romantic notion I have created and quite possibly impractical, but the need for such a craft to defend our country is more than just a dream. In my judgment something similar is essential and realistic.

The political situation in the world today is not very sta-ble. There are still some armed insurrections that could easily draw the United States into a war. There is the Bosnia affair, the Israeli conflict with its neighboring Arab countries, the North Korean nuclear problem, the African relief problem in Rwanda, the Haiti situation, etc. Any one of these affairs may require the U.S. government to intervene and use American troops to settle the conflict.

Unfortunately, the U.S. is now in the process of down-sizing its military forces. Before World War II, the Air Force pleaded with the government to spend money on new and faster aircraft. 'The next war will be fought from the air,' was the Air Force outcry. Congress and President Roosevelt would not listen until the U.S. govern-ment was finally brought into the Japanese and German war. Why do we have to be attacked first by an enemy before we mobilize? 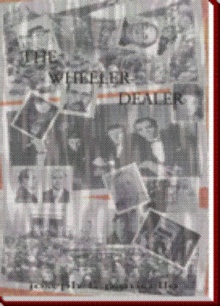 BRIAN'S COMET is about the competition between two aerospace companies over what may be the last major expenditure for military aircraft. The competition involves two men: one a security chief, Jim Baker, and the other an engineer who invented COMET, Brian Williams.

Another aerospace company discovered Brian's invention and began their own efforts to win the contract using any devious means possible. The competition became brutal and resulted in the most underhanded confrontation between to major aerospace companies.

The story revolves around the world of aerospace, and describes how many closed door meetings are used to manipulate suppliers to influence military decisions in winning government contracts. It is the story depicting the fundamental activities of modern aerospace companies, but also includes intrigue, love, and murder.

Joseph Francis Panicello was born in Queens, New York, in 1927.  He was married for thirty years and is now a widower.  He has three daughters and six grandchildren.

The author is a retired Aerospace Electronic Engineer.  He worked for Bell Telephone Laboratory and Lockheed Aerospace for over forty years.

Mr. Panicello has already completed seven manuscripts, and two have been published.