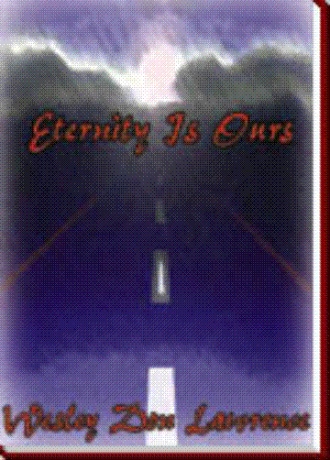 It has been said man cannot live bread alone; he cannot. He demands adventure, innovation, amusement, diversity and romance. We know when isolated, cutoff from the outside world and his friends, he will go mad in a very short time. What is true for the individual, is also true for all societies. In the early decades of the twenty-first century (miraculously, man arrived in the next century unscratched) we find him again standing at the crossroad faced with a new impasse; however, this time, there is a notable difference from the past predicaments which plagued and tormented him down through the ages. His other problems would be minuscule in comparison.

The essence of modern society had changed very little in the waning decades of the twentieth century. Man, of course, was still very much preoccupied with the abstruse and the transcendental, tormented by the insidious evil spirits that he believed were ready to spring upon him at every twist and turn in the road. As always, he strove tirelessly to provide food and shelter for himself and his family which consumed the majority of his time and energy. But at this particular stage in human history, amidst the general chaos and uncertainties, the final battle lines were surreptitiously drawn going unnoticed by the majority of the world's masses.

The ever present menace of the Soviet Union, peering with hungry eyes across its expanding borders, was, of course, still one of the major threats of the era, just as it was during the twentieth century. The Free Word was having its own problems. However, there was something mysterious, terribly evil and unearthly diabolical taking place in the world --- a latent evil was inexorably spreading across the earth which stood to imperil every nation's freedom, if left unchecked. The new affliction was stealthy, creeping, invisible malevolence. Few people were aware of the potential catastrophe laying in wait for them. This latest calamity had many names: control, domination, manipulation ---the absolute mastery of mankind without the slightest regard for individual rights, a deadly peril soon to become the song of the times.

As always, there were a few individuals who recognized this deadly menace for what it was, daring to challenge it regardless of the consequences. These rare, talented men and women were not content to simply ride the crest of the wave onto the far shore; instead, they chose to swim against the popular tide of the times. In every era of human history down through the long, sometimes forgotten ages, the world had its paladins; whether they are the majestic Christian Knight wheeling his mighty broadsword against the screaming Moslem hordes in a far off land, or the gunfighter squaring off in the middle of a dusty street to enhance his reputation, or the lone scientist hunched over his microscope in some dark, dismal laboratory in search of a cure for a disease --- yes, heroes still did exist.

This story is about such people.

One man in particular was chosen to portray the protagonist. Naturally, there are several other characters in the odyssey whose parts are vital and play an important role in the endless struggle against the oppressors of mankind, like the charlatans hidden behind cloistered walls, and the eternal do-gooder whose ambition is to force his or her narrow, opinionated beliefs on others.

Man, to be sure, is a diverse and complex organism, capable of good as well as unspeakable evil. We know he is not the eye perceives. He must be scrutinized very carefully and in great detail before we can learn anything about him. What we see of him staring complaisantly out of the page of the local newspaper, or flickering across the television screen is nothing more than a charade; this wax caricature represents merely the pseudonym, a fallacious deception. For hidden beneath this often grinning vestige splashed across the color dot matrix lies the key to the answers we so urgently seek. What dark, terrible secrets lie buried deep within the yet undiscovered recesses of the human mind; what forbidden terrors lurk in his soul? What do you think would happen, if he were allowed to blindly pursue these inordinate desires with no restrictions, no rules to govern his behavior to prevent him from acting out these licentious fantasies without remorse or accountability? What if we permitted him to nurture this dreadful evil to its absolute finality?

Man is aware what happens when a malignancy is allowed to grow unchecked and left to run its destructive course unopposed. But when this same premise is applied on a grander scale, he tends to ignore its colossal significance and fails to take corrective measures, or perhaps, does nothing. His folly could mean disaster.

This story is about the antidote employed to combat the fatal disease, the most feared and deadly of all afflictions on the face of the earth: The malady to which I refer, indeed, does have a name --- it is called man!

Voltaire said: It takes twenty years for man to rise from the vegetable state in which he is within his mother's womb, and from the pure animal state which he is the lot of early childhood, to the state where maturity of reason begins to appear. It has required thirty centuries to learn a little about his structure. It would need eternity to learn something about his soul. It takes an instant to kill him!'

Many people believe man is endowed with special qualities, he is not. Every man has within him the same qualities as all others, but sometimes one of these essential characteristics goes awry due to some physical or spiritual malady. The book (sometimes very graphically) portrays man at his very worst; however, in the end, he does manage to transcend the gigantic hurdles which lay before of him.

Job 14:12:
Man who is born of woman is short-lived and full of turmoil
Like a flower he comes forth and withers
He also flees like a shadow and does not remain. 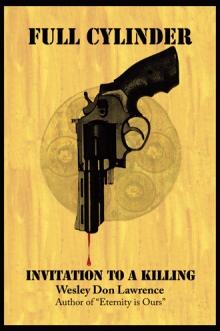 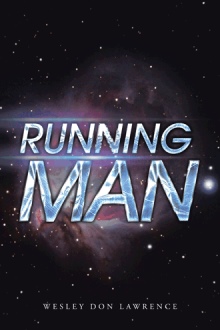 A timeless story of man and his never ending struggle to survive in a complex world on the verge of madness. One man, an enigma who, with the help of a select few, attempts to turn the tide against the dark ominous forces who seek to dominate the masses. A sinister Russian despot, a church seeking absolute power over mankind and two beautiful women torn between one fleeting love. They are all bound together in an explosive struggle of passion, ambition, punishment and the pursuit for absolute power. The reader will ride the crest of the wave to the stories final violent, powerful conclusion. Fair warning: This fast-paced action novel is for the mature, open-minded reader.

Wesley Don Lawrence and his wife live in Southern Maine. A Maine Maritime Academy graduate, he spent most of his life traveling around the world with the US Merchant Marine & US Navy, and sailed on the only Atomic Merchant ship, the N/S Savannah, as Senior First Engineer and in other engineering/electronic positions. Presently, he runs an electronic service business and does some computer programming. A 1965 graduate of the famous Writes School in Westport, Conn., he has written technical articles on electronics and published a troubleshooting book, and has done fiction writing for several authors. Now retired from sailing, he enjoys hunting and fishing and the peaceful Maine lifestyle.