A Walk in the Valley of the Shadows 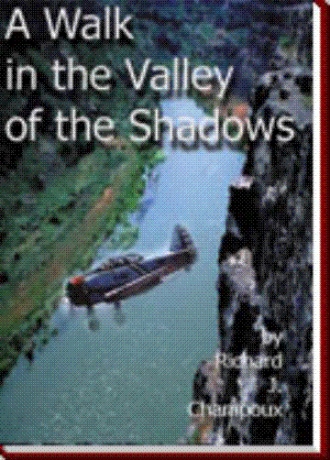 There are times in a person's life when things just come too quickly. When their plate is full and then something else is added. That's the way it was one morning when Rebecca Engles, a London housewife, received a call from her mother's house- keeper. The call was to change her life forever.

'Yes, she keeps asking for you.'

'Can I talk to her? Put her on the phone,' Rebecca demanded.

With this piece of news Rebecca's face turned ashen.

Mother that sick, she thought. Mother never gets sick.

'Okay, Mandy. I'll take the next train up. You don't have to meet me at the station, I'll take a taxi me out to the house,' she announced becomming more worried as she contemplated the situation.

Rebecca called her husband to let him know she had to go up to York to see her mother right away. When she arrived at Charing Cross Station a train was waiting to take her north to the ancient cathedral city. After several anxious hours, the train finally arrived and she took a taxi out to the house. The day lady let her in and she immediately went upstairs to her Mother's bedroom. Rebecca could tell something was drastically wrong the minute she saw her mother.

It didn't take long for her to tell Rebecca she was dying of cancer and had very little time to live. The news was an overwhelming shock to Rebecca and she couldn't take it emotionally. She began to cry. In the midst of her tears, her Mother said there was something else she had to tell her. Then it came, the news that the man Rebecca had always regarded as her father wasn't really her biological father.

In the weeks and months to follow Rebecca was to hear about a tragic love story. A story that had put her mother and two friends into the shadow of the Valley of Death. Now it was her Mother's turn to walk into that shadow.

It all began, she said, in the fall of 1938 when she met two young men while she was attending Cambridge University.

It's 1938 and England is about to enter its greatest hour of peril.

On a beautiful spring day, three young students meet on the banks of the Cam River in back of Cambridge University.

Ashley, the daughter of a local family, soon falls in love with the two engaging young men she meets that day.

Roger, an Englishman she will eventually marry, is lost in the early air battles of the war.

Gary, an American, she realizes later in the war, is her true love. But then there is a secret she must carry to her deathbed.

Rebecca, her daughter, is destined to find Gary after the war and reveal Ashley's long held secret.

In a surprising and unexpected conclusion, Rebecca will decide how this tragic but beautiful love story will end.

The author is a former history professor who lives in Kalispell, Montana.