by Harold A. Covington 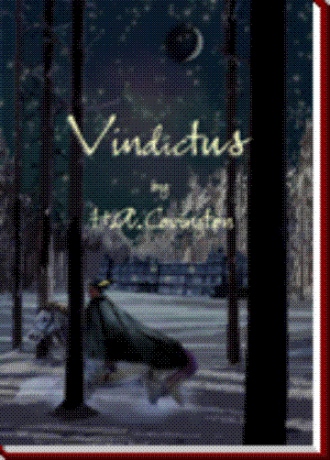 "Then it is clear what I must do," said Francis firmly. "I must deal with him in the only manner which he understands. Tom, I presume that when we meet, Denzil will ask you to act as his second, nor would I expect you to do otherwise for your own brother, and I promise you I’ll not take it hard. Miles, would you do me the honor?"

Tom, Katherine, Miles, and Sir Edward Pelham all cried out the word at the same time. Robert Pelham shook his head dubiously.

"No, Francis, no!" cried Katherine desperately. "I won’t let you call him out!"

"I thank you all for that resounding vote of confidence!" said Francis petulantly.

"He’d kill you," repeated Miles. "Can you not see that a duel would play right into his hands? If you challenge him you place yourself at a disadvantage from the beginning. As the challenged party he can choose the weapons, and he will choose pistols. With a rapier, very well, you might have a chance. You’re taller than Denzil so you’d have some reach on him, and if we had time to get a fencing master in to really sharpen you up, you might survive the encounter. With a handgun you haven’t got a hope in hell, if you’ll pardon my language, Kate. Denzil Redmond is the best pistol shot in England."

"I believe him to be the best pistol shot in all of Europe," asserted Tom.

"Stories!" spat Francis. "Campfire rumors and barracks gossip! I’ve heard it all before and I am not impressed."

"You’d better be very impressed, Francis," warned Tom. "I have never spoken of it to Denzil, because I don’t really know how to approach it with him, and I fear what I may find out. You know there are stories about how he sold his soul to Satan in exchange for his uncanny marksmanship? I don’t want to believe that, but I have to admit that sometimes his skill with those pieces of his is little short of diabolical. Oh, like all men of our class Den can hold his own with the rapier, and in battle he’s never disdained the use of the sword or the pike or anything else he can kill with, but first and foremost, my brother is a kind of soldier never seen before. He’s a gunfighter. During the war we all carried pistols into action, to be sure, but how many? A brace or two. We fired them at close range and then drew steel and tried conclusions hand to hand. The musketeers fired one or two volleys but by then the other side would be on them and they settled things with the push of the pike."

"That’s how you win battles, lad," asserted Bob Pelham stoutly. "Give ‘em a ball or two, then man to man with the blade. Naseby, Marston Moor, that’s how we won ‘em."

"Denzil carries at least a dozen loaded weapons on his person or in his saddle harness," said Tom. "He relies on powder and shot, not steel, and he can do that because more than any other soldier I have ever seen, king or Parliament, Denzil has an incredible ability actually to hit what he aims at! He knocks walnuts off a fence at twenty paces and apples at thirty. I have seen Denzil shoot a man out of the saddle of a moving horse, at fifty yards if it was an inch!"

"A freak shot," protested Francis. "Nor would he be using a musket on a dueling field."

"With a pistol, Francis!" insisted Tom.

"I have seen him do it, Bob!" said Tom. "I don’t know how he does it, but no one has ever seen Denzil Redmond miss! At least never that I heard tell of. If he can’t make a shot he seems to realize it, and he doesn’t fire. Maybe the tales about him selling his soul to the devil are true. God knows I’d never dare to ask him. One way you could tell those among King Charles’ army who were secret Roman Catholics was to watch and observe who would discreetly cross themselves after Denzil walked by them in camp."

In 1652, Denzil Redmond returns to England after fighting for ten years in the defeated army of King Charles the First against the victorious regime of Oliver Cromwell. He finds that his ancestral home and estate have been confiscated by the Parliamentary forces and given to the neighboring Pelham family, and the beautiful Katherine Pelham, his former lover, has turned Puritan and is to marry Redmond’s worst enemy. But the Pelhams forgot one thing, that Denzil Redmond is a former Royalist guerrilla commander and the deadliest pistol shot in Europe – and now he has nothing to lose.

H. A. Covington is the author of seven novels. He currently lives in Texas.