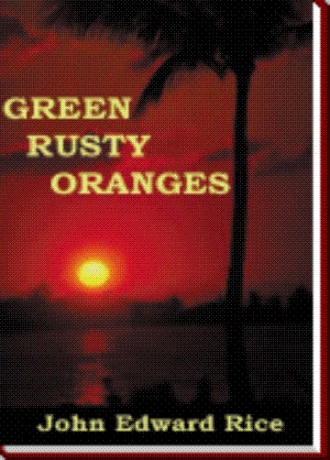 At last Ford was in Florida. There it became necessary to board a bus in order to get to a small citrus town in the center of the state.

He was now near the end of his journey. After the bus ride, he would be met by someone who would take him deep into the heart of backwoods Florida, surrounded by patch swamps and hammock wilderness and containing some Cracker folk who seldom saw many towns and cities.

In addition to his pistol, Ford was carrying with him a letter that had been mailed from Jacksonville. Reaching into his pocket, Ford withdrew the letter to give it yet another reading, for it contained some information that he needed:

' . . . it'll be somewhere near a place which I think is called Orange Glades. Funny thing about our Florida: they like to use names like Orange or Lemon or Citrus when naming places, but they never use Grapefruit or Kumquat. You never see a Grapefruit Heights or a Kumquat Hills, or for that matter a Guava City. Well, anyhow, this Orange Glades place is where you can ask more questions, and fortunately it's narrowed down to Orange or Lemon.

'Anyhow, you want to first get to Clerview. There will be a man there on loan to work for a Mr. B. D. Cain, and the man you meet is the one that will take you on down to the Orange Glades whatever. Just call Mr. Cain when you get to Clerview, and he'll send the man to pick you up.'

Eventually Ford arrived at the little town of Clerview where he was to leave the bus and proceed as advised in the letter.

Ford made the call to Mr. Cain and was told that his driver would be over to get him a half-hour later. Ford was to look for a small Model T Ford truck with a bandana tied to the water cap on the hood.

It was late afternoon in the middle of the summer. Since he was near the end of his travelling and he still had a mite of change left in his pocket, Ford could now indulge in just a bit of life's enjoyment, so he proceeded to cool off with a bottle of cola.

As he sipped the cool drink, he glanced around him at the little business places nearby. Here and there were fruit stands in a state of summer hibernation. The citrus of Florida were not in season, and would not be until fall. The stands would be alive a few months later, greeting winter tourists with their offerings of Florida's gold.

The small, quiet town of Clerview was in the midst of gently rolling hill country, and was the highest point in that part of Florida. This was in 1935 before the freezes and increasing immigration of later years brought change, and so from that high point one could see neat green citrus groves extending all the way to the horizon in all directions.

After a while the little truck, easily identifiable, appeared. Ford walked over to meet a rustic local called 'Picker' who had ended his work with Mr. Cain and was to return to his place of regular employment in backwoods Moss Pond with Ford as his passenger. It had been arranged for Ford to stay a few days with Picker and work with him on the citrus farm.

Picker, whose name was Calvin Fuster, was a 'Cracker' who had done various things: hiring out as a handiman, or picking citrus fruit, or packing it at the plants. Now he was settled in as Bridgeport's caretaker.

His utter lack of teeth belied his relatively young years. He had been exposed to a world beyond the ocean during his service in World War I, and the hardships of that war had sharpened his concern for humanity.

There have been many names for those in Picker's 'class.' 'Country bumpkin' is an old expression, as are 'lout,' 'churl,' 'oaf.' Also entering the language from those who glance downward are such disdainful nomenclatures as 'hick,' 'hayseed,' 'yokel,' 'ignoramus,' 'clodhopper.'

As for Picker, which of the names would apply to him? Would any of them? Some, maybe..and yet..

'You must be Mr. Carwin I'm supposed to pick up,' said Picker.

Picker took his hand and said, 'Fuster, but they all call me 'Picker'' said the utterly unadorned man from the woods. "Mr. Bridgeport tells me that he s hired you an wants you to learn grove tendin from me."

"Y..es, that s right," replied Ford who had not been completely sure about arrangements for him at this point.

Before they boarded the small truck, Picker immediately revealed himself as the homespun philospher that life's rigors had shaped him to be. He waved his hand completely around him indicating the full 360 degrees of the horizon and began a little speech:

'Just as far as you can look in any direction: fruit trees. What most people don't stop to think about is people's hands. They look out there and see all them fruit trees, and they say to theirselves, 'So many trees! As far as you can see.' An' then they prob'ly say to theirselves, 'We never realized that growin' oranges means so many trees.' But you know what? They're seein' only the trees in this partic'lar place. They ain't seein' all the rest of Florida.''

Then after a brief pause, he continued, 'And another thing they don't see is a man's hand.'

'See what I mean? You don't see it yet, either. But I guess I do kinda fuzz things up. I'll explain while we're ridin'.'

Picker then turned toward the truck. Gesturing toward it, he said, 'Let's get in the limmysine that I got here for ya.'

Pointing to the cab--the one seat of the truck, he said, 'Now I advise you t'sit in the front seat with me,' then pointing to the truck's stained and roughened cargo bed, he said, ''cause that seat is reserved fer kings an' presidents. Here, I'll get yer satchel.'

Picker heaved Ford's suitcase over into the truck bed, and the two men climbed into the one seat, Ford somehow folding his big frame in. In a moment they were on their way southward down a paved, but little-travelled road. 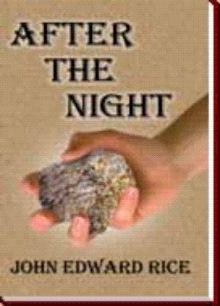 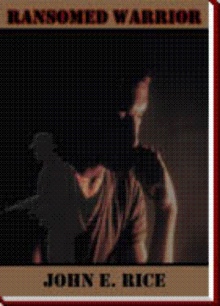 This fictional tale of is of an earlier Florida. It is set in some of the state's early years of transition when the old pioneer life of its people begins to face the new settlement of tourism. Seen in this story are successful efforts toward adjustment between those two elements of humanity. Certain characters from both become involved in a struggle to bring some loved ones back together.

It is with the combined help of some sympathetic tourism promoters from out-of-state and some rustic 'Cracker' characters that certain family problems are eventually resolved and some bitter people find true love.

In the span of the author's 80-plus years, he has seen some of those early times in Florida life that are covered in this story and has known such types of characters as those introduced in the book. It is with pride in America that this book is written. For this is a land in which different types of people can come together and live together as many have beautifully done in the author's home state of Florida.

The author was born in 1918 in St. Augustine, Florida of 'Cracker' parents, living the first few years of his life in little country towns of south Florida. He then saw some boyhood ranch life in Florida's backwoods in the days of open range cattle herding.

His service in two wars included at various times that of troop entertainer and hospital entertainer.

Most of his years have seen him variously as minister, science teacher and storyteller and holding the degrees of Bachelor of Science, Bachelor of Divinity and Master of Arts.

The Southern Order of Storytellers has awarded him their Seanachie Award as storyteller of the year. In recent years his appearances as folk entertainer have been in various parts of Georgia and Florida, with occasional magazine, newspaper and television coverages of some of them.

He is also the author of Ransomed Warrior.