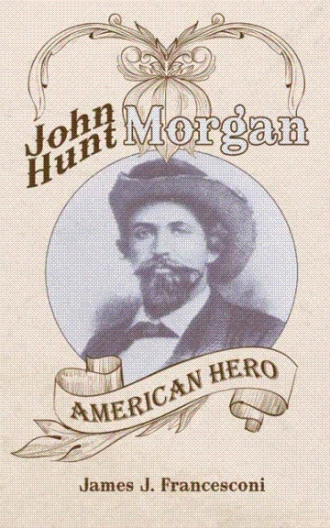 Morgan eluded the Yankee by riding his horse into the Hopemount House to visit his mother.

On July 26,1863,John Hunt Morgan was finally captured near West Point in Columbiana county, Ohio.This marking the farthest point North ever reached by Confederate troops during the Civil War.

The use of wire tapping provided Morgan with much infomationThe writting of the "Vidette",a short lived newspaper about his exploits made Morgan and his raiders national figures.

Being a history buff,I think the most interesting time in U.S.History is the 19th Century and the war between the states.It is to me the most misunderstood time in our country's history.

As always there are two sides to every story.The southern people had a major part in forming these United States.Six of the first ten Presidents were from the south.Their fathers and grandfathers fought in the Revolutionary War.

I chose to write about John Hunt Morgan because he was a true patriot. He served the United States in the Mexican War.In my opinion he died a horrible,but honorable death for the love of his country.

Everyone, no matter who, is a part of history and John Hunt Morgan is no exception.

Served in the Republic of South Vietnam with The 1st Cavalry Division from Oct 1966 to Oct 1967.

A member of the 9th Virginia Cavalry Co. B

As a 19th Century Living Historian I do school Programs, living history and Civil War Battle reenactments. I’ve also appeared in documentaries on P.B.S. and the History Channel.

I enjoy passing on what I have learned and keeping history alive.