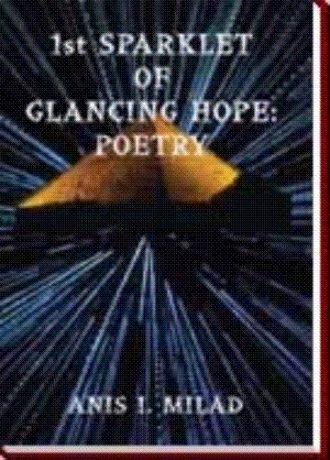 When we were children in

A world we didn’t know

We had these darling hopes

Which last one day or two

We hadn’t thought of such a word

The fear...which filled the people's hearts

We didn’t even know

The color of our skin

The color of our eyes

The color of our hair

The color of heaven in our sky

We were so close

There was no boundary then

We just could hear our hearts

We were so brave

To talk to others who we met

The strangers in our world

And give the gloomy Bud a hug

We learned together how

To see the light

To hear the wind

To smell a rose

And how to rise when we were pushed

Against the wall and fell

We had some hope

To play once more

We heard it is a crazy world

Out there...but ours wasn’t

We had no dreams to grab 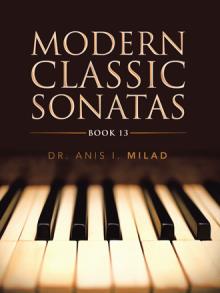 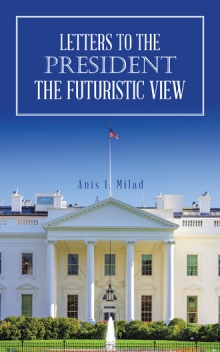 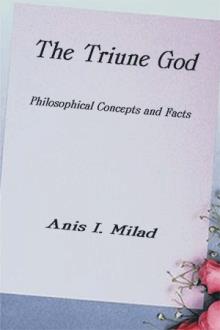 The Triune God: Philosophical Concepts and Facts
Anis I. Milad
£5.95 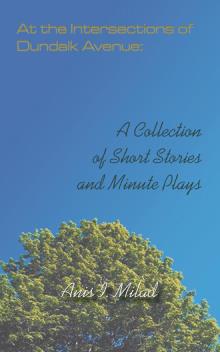 The mystery of the East and the excitement of the West nourished my background, which is reflected in this collection of poetry. Studying the culture of the ancient Egyptians first-hand from Egyptian teachers, especially the women teachers, influenced my whole existence. The classic Arabic poetry and the poetry of the romantic period in Egypt; however, shaped my inner smile. In addition, I had the chance to study French poetry in high school, translating every word and enjoying every moment. Also, while I was living in Egypt, I was introduced to English poetry, which fascinated me. On the other hand, Hollywood pictures were significant sources of the western culture and the richness of imagination, which deepened my sense of belonging to our small but exciting world. Although, 1ST SPARKLET OF GLANCING HOPE: POETRY was the product of all these interesting cultures, my heart and mind also were moved by my love of philosophy, religion, mythology, and history.

Living and witnessing crucial times in the Middle East provided me with considerable unforgettable experiences. I left Egypt 20 years ago and when I decided to pursue my childhood dream in America I was surprised that some of my wounds, which I suffered in Egypt (which are mirrored particularly in Part 3 – The Distance), were never healed.

Most of the time, people like myself, are influenced deeply by the political system. However, authoritarian rulers around the world may not realize the damage that people encounter from such systems and should accept the fact that democracy is alive and stronger than ever. In America, the majority of people believe that democracy, capitalism, and the separation of the state and church, or the separation of the state and any other religious structures, are essential for the freedom of everyone. And that is what I believed when I was thousands of miles away from America. The conflict between my beliefs and the society in Egypt was fatal.

Negotiation and targeting peace weren’t even in the vocabulary of many nations in the Middle East in the past. But negotiation and communication for a peaceful Middle East were words, which were included in my vocabulary in the past, and at that time, I pictured them to be the power of the future. Of course, speaking out for peace cost me my freedom for several years! Ironically, the Egyptian government and the Egyptian military were threatened by the 21 years old Private.

I began to write poetry in my early years in Egypt. Egypt was going through the dark ages and dictatorship. My family, on the other hand, was struggling to survive. On my way to school every day in Cairo, I used to see out of the ordinary things. Looking from the streetcar’s window or just riding the streetcar was a horrifying experience. Sometimes an individual might feel hurt or unjust and he might cuss people but he was not allowed to cuss the system or the president who was causing people a lot of pain. Unfortunately, if this person expressed his hurt and he mentioned or blamed the system for his misery, suddenly, he would be arrested by the big brothers, who were in each streetcar, dragged into the streetcar’s garage on Shoubra street and beaten and tortured. When I lost my freedom I met others who lost their freedom as well. They were arrested because their telephone lines were bugged. Their normal conversations were recorded and their complaint of the system was considered a threat to the system.

Poetry, I believe, is a form of artistic expression and it is not a historical record. But we are living history and it is impossible to separate the history from who we are. Throughout the years my psychological geography was full of landmarks. I was easily able to glance at those landmarks from a distance; I could see the view; and I would sense the passion. Now, I can say with confidence that I wouldn’t change a thing in my life if I had to go through life again. I love to be an Egyptian who struggled for my freedom of speech and an American to enjoy it.

The United States of America is more than a land of opportunities, it is the land of desires to excel. Besides reaching my graduate educational goal, I hold three United States patents. The positive events and thoughts, in my life, are the results of undying hope and colorful dreams. In fact, they are the elements of the 1st Sparklet of Glancing Hope.